He didn’t even need time to buy a vowel.

“Wheel of Fortune” host Pat Sajak has spent almost four decades entertaining Americans with a polished affability that makes his game show one of the more relaxing ways to spend a half-hour in front of a television.

But in October, it took him only three minutes and two tweets to skewer the entire Democratic presidential primary debate.

“I’m all goose-bumpy waiting for it to start,” Sajak posted at 7:59 p.m. EST on October 15, one minute before the debate’s kickoff.

I’m all goose-bumpy waiting for it to start.

Then came the punchline a few moments later.

That’s three hours of his life he’s not going to want back, unlike those who watched the entire debate.

Skipping out three minutes into the CNN-New York Times co-production saved Sajak the trouble of hearing priceless moments of media bias, such as when CNN’s Anderson Cooper declared that former Vice President Joe Biden’s son had been “falsely accused of doing something wrong while serving on a company board in Ukraine.”

On the other hand, he didn’t get to hear longshot candidate Rep. Tulsi Gabbard of Hawaii brand CNN and The Times as “completely despicable” for comments they’ve aired and published about the congresswoman.

(Even Democrats tell the truth sometimes.)

RELATED: Flashback: Remember When Kamala Harris Accused Biden of Working with Racists to Segregate Her?

Regardless, plenty of Twitter users were on his side.

About 1/400ths of the debate. Interestingly, still more than the percentage of Cherokee bloodline E. Warren has.

It’s like spinning and landing on bankrupt every time.

Fortunately, some watched long enough to give Sajak and his sympathizers a recap:

Sajak’s real claim to fame will likely be his place in the Guinness Book of World Records for the longest career as the host of a single game show.

But he’s also well known as a conservative wit, with a Twitter account as lively and entertaining as any of his countless moments on the air. (And it’s not just jokes. Hillsdale College in Michigan announced that Sajak had been named chairman of its board of trustees, a big honor at one of the top centers of conservative thinking in American higher education.)

Liberals might own late-night comedy and have long been in control of the entertainment megastructure of Hollywood. But there are still a few penetrating conservative voices out there for the sane part of America.

Fortunately, Pat Sajak is one of them.

Millions of Americans would agree with that one.

Especially if they actually watched. 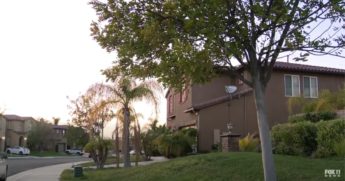