Jen Satterly — who counsels those in the military and their spouses seeking to overcome post-traumatic stress — believes that the COVID-19 pandemic made the condition widespread among the general population.

“I think most people are feeling some effect, in one way or another, a bit of a PTS-type of experience with COVID — some way worse than others, some who are going to need a lot of help after this,” Satterly told The Western Journal.

The author of the book, “Arsenal of Hope: Tactics for Taking on PTSD, Together” explained that healing is possible for those experiencing the symptoms, which can include depression, anger, self-isolation, anxiety, drug or alcohol abuse and suicidal thoughts.

Satterly witnessed PTS firsthand through her husband Tom Satterly, a former Delta Force operator who fought in the Battle of Mogadishu, Somalia, in 1993 (featured in the movie “Black Hawk Down“) among many other missions until his retirement in 2010.

“Our soldiers hate the term PTSD, in particular the word ‘disorder.’ They don’t want to be labeled anything that makes them sound sick, like they can’t go back into the field, or weak, like they couldn’t kick the enemy’s a** when they need to,” Jen writes in her book.

“Because of that, some medical or support agencies are now referring to PTSD as PTS,” which is what the nonprofit the Satterlys launched in 2017, the All Secure Foundation, does.

In researching how she could best help her husband, Satterly came to realize that she too had not dealt with trauma from childhood that involved abuse and sexual assault.

She identifies “modalities” of healing in “Arsenal of Hope” that are applicable beyond the military context.

“I definitely feel like my book is written with a military lens, obviously, but it’s really for anyone who has suffered any kind of trauma or high stress and they want to get to the other side of it,” she said. 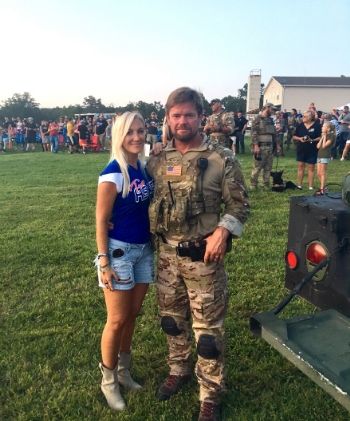 “We’re humans and humans are built to survive. So in every single action — conscious or subconscious — it’s either for safety, security, attachment or connection. It’s for one of those basic survival instincts,” Satterly said.

For soldiers or others dealing with PTS, these needs were threatened in significant ways.

The mind tends to understand life in stories, Satterly noted.

“PTSD has often been explained as the brain looking for the end of the story. The brain writes the beginning, the middle, and continues to search for the end,” Satterly explains in “Arsenal of Hope.”

“That search for closure creates the PTSD response.”

Real life does not always provide the definitive, storybook ending.

For Tom and other warriors, the amount of horror they experienced — for, at times, no understandable reason — can cause “their brains [to] go on overdrive trying to solve the problem.”

Healing comes through dealing with the whole person.

“So there’s a lot of things that go into helping a soldier heal: body, mind and spirit,” and they are all connected, Satterly said.

A major step in her husband’s journey toward wholeness came first in addressing the needs of his body.

“As soon as Tom started supplements, eating right, sleeping right, he was a different man — that was like step one. And then he was able to go back and try those same healing modalities with far more success,” said Satterly, who became a certified health coach to help Tom and others in this area of their lives.

All Secure Foundation includes a six-week body and mind reset course on its website.

CONGRATULATIONS to our good friend over at the All Secure Foundation, Jen Satterly!
Thank you to you & Tom for all you do, thank you for sharing your experiences of healing as a family from #PTSD in your upcoming book, Arsenal of Hope.
This is going to help SO MANY families. https://t.co/boySza0Ca6

Another modality of healing is in seeking and receiving counseling.

One major breakthrough that came through it for the Satterlys was coming to seeing Tom manifesting PTS symptoms as not his true self or identity.

They labeled this Tom as “Crawler,” his special operator call sign.

Crawler has muscle memory built in over decades of training to aggressively (at times, violently) deal with the intense demands of the battlefield. That side of Tom does not translate well into home life.

“The Tom I love, the Tom that I spend most of my time with, is the Indiana boy who grew up and is very funny and lighthearted and charming and great,” Satterly said.

“And we both know what that means and we’re able to pull the war out of this house in a much quicker way,” Satterly related. 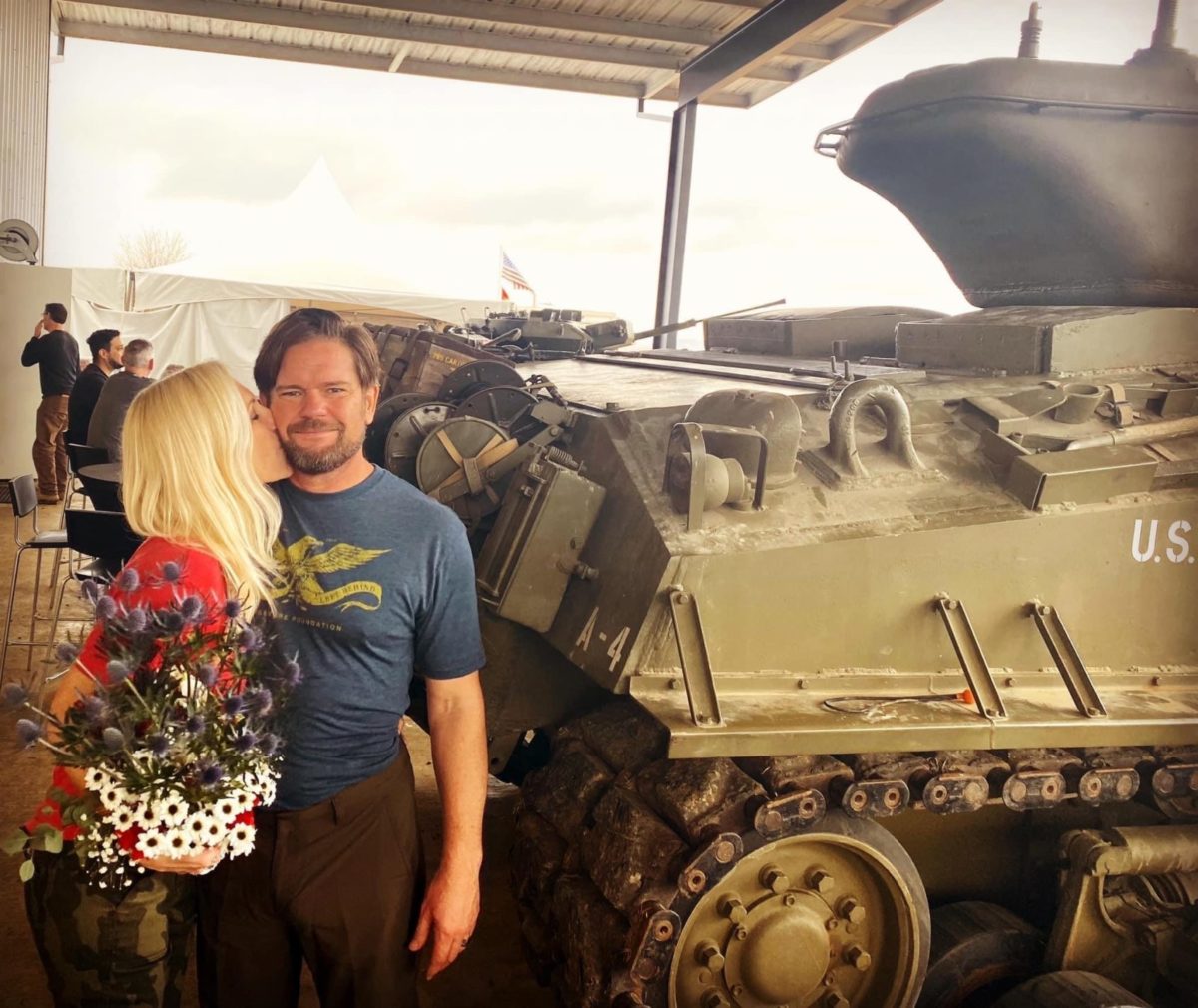 Volunteering serves as additional healing and can be undertaken in places like schools, homeless shelters, fire departments and retirement homes, or for a park clean-up.

“There is something to giving yourself to others, the way it makes you feel, the lessons you learn, the people you meet, the sense of belonging to a tribe working together for good, the feeling of accomplishment when those you help are helped. It’s beyond rewarding, it’s life giving,” Satterly writes in her book.

As an outreach, the Satterlys conduct retreats for military and veteran couples dealing with PTS.

Additionally, the two teach PTS resiliency training at military posts and bases around the country.

While dealing with the body through nutrition, exercise and rest — and the mind, through counseling and other therapies — is vital, the spirit must not be ignored.

Satterly recounted that bringing up what she calls the “woo-woo” subject with some warriors and veterans can be difficult because of the guilt (including survivor’s guilt) or shame they may feel about what they’ve done or experienced on the battlefield.

There can be a “moral injury” attached, even if soldiers know on some level what they did in war was necessary to the mission as part of service to their country.

“For most who have been taught to turn the other cheek or that killing is wrong, and murder is wrong, there will be a moral injury attached to it because you have taken another human life, maybe many,” she said.

It can lead to a sense of being disconnected or even rejected by God.

For others, their faith is strengthened — finding that God saw them through and brought them safely back despite all the evils of war they had to witness, Satterly noted.

For all, the forgiveness of one’s self and others is essential to healing.

Confession to God and to people is good for the soul, as the saying goes.

Phoenix pastor Dr. Michael Maiden, who wrote in “God of the Comeback” about his own emotional struggles following a traumatic series of events, likes to say, “You’ve got to reveal it to heal it.”

Satterly agrees with the sentiment.

“Tom has stood in front of a thousand people and bared his soul. That takes guts. That’s bravery. Most of all, that is vulnerability,” she writes. “We have to be vulnerable in order to heal, grow, love, and live. Vulnerability is courage.” 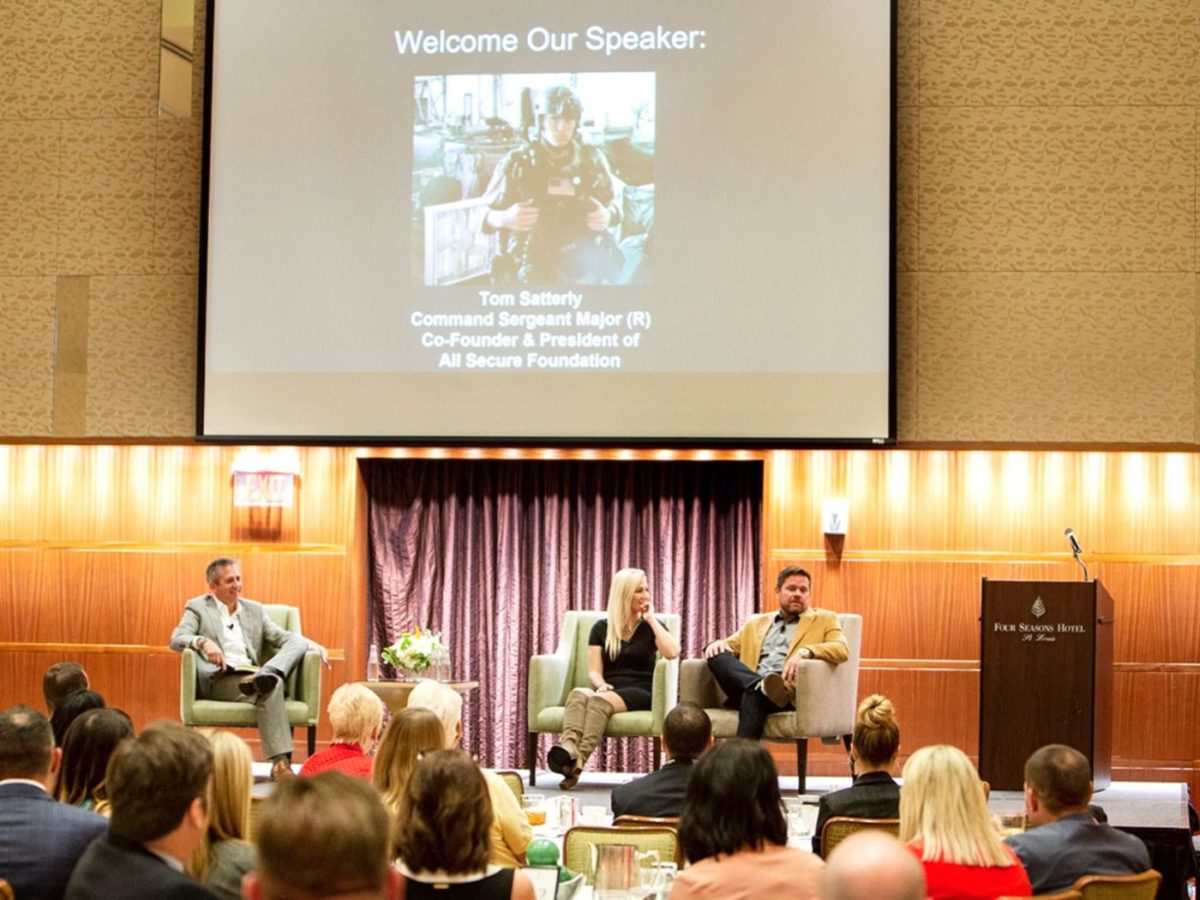 In her own healing journey, Satterly shares, “I’m at peace with the experiences that led me to think I was a victim. I’ve forgiven my trespasses and those who trespassed all over me.”

“The symptoms are gone and all that’s left is the story of what happened, but it’s been drained of its power to hurt me,” Sattlerly adds. “Am I changed because of what happened when I was a kid? Yes, but I’m better for it. Stronger. For that, I have gratitude. With gratitude, I have peace.”