As the new school year began across the country, a disturbing realization also set in: Despite last year’s disruptions for millions of students nationwide, the devastating impacts of school closures and virtual schooling are not just a relic of the past.

The Biden administration and self-interested teachers unions want to make them a cornerstone of the future, with no way out for parents and students looking for a change.

In communities across the country, failing grades have skyrocketed and mental health has suffered as many schools remained closed for much of the past year and a half.

In Baltimore alone, 41 percent of high school students averaged less than a 1.0 GPA during the 2020-2021 school year.

In one public school in the city, a high school student was ranked near the top half of his class with a 0.13 GPA. All of this happened despite the fact that the district spent $18,000 per student, 40 percent more than the national average.

Tragically, these disturbing statistics are not isolated; they’re snapshots into a system that is failing students nationwide. Every data point represents a student who is missing an opportunity to succeed and not reaching their full potential.

It seems unconscionable that politicians could look at these numbers and see success, but members of both parties have continued to give union bosses a stranglehold over our schools, decade after decade. It’s time to put the power back where it belongs: in the hands of parents and students.

The data from Baltimore and elsewhere should prove that simply throwing more money at the problem isn’t a viable solution, but don’t tell that to Joe Biden.

In March alone, the Biden administration forked over $120 billion in new funding to schools, yet in late July the president of the American Federation of Teachers, Randi Weingarten, wouldn’t even fully commit to opening schools this fall.

Of course, the top priority of the teachers unions has always been political power. The unions spent $43 million in the 2020 election cycle, and the number-one recipient was the Biden campaign.

Joe Biden, his administration and many of the Democrats and Republicans elected in this country are scared of the unions, and their spinelessness has spelled disaster for our country’s schoolchildren.

The solution lies in parental choice and educational freedom. The CHOICE Act would expand educational opportunity and allow parents to decide which school best fits their students’ needs.

It would help low-income students escape failing schools, and it would expand 529 accounts to help families tailor the use of those funds to their specific needs. We should also expand opportunity through vehicles like tax-credit scholarships and vouchers that ensure children’s educational opportunities aren’t restricted by their parents’ ZIP codes.

Fundamentally, we must do everything we can at the local, state and federal levels to guarantee parents a choice in where their children are educated and in what they are learning.

Parents nationwide are galvanized by issues like mask mandates and the prevalence of anti-American ideology in our schools, and they’re desperate for the choice to flee failing districts that are accountable to no one.

We need new leaders who recognize the clear need for bold action in education.

As the son, grandson and great-grandson of schoolteachers, I’ve always known the value of a quality education and the opportunities that accompany it.

Those opportunities led me first to the University of Arkansas, then to a Super Bowl championship with the New England Patriots, and then to defending my country in the U.S. Army.

I’ve lived my American dream, and we must restore a culture of learning where every American student knows that anything is possible through hard work and dedication.

When parents have a choice to find the best schools, and our leaders are taking the fight to career politicians and their patrons in the teachers unions, students will win again. 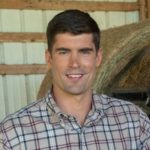 Jake Bequette
Jake Bequette is a candidate for U.S. Senate in Arkansas and a former All-SEC Razorback football player, NFL Super Bowl champion and Army veteran who deployed to Iraq with the 101st Airborne Division.
Public Schools Are Broken - This Student Got a 0.13 GPA yet Graduated Near the Top Half of His Class
See more...
Advertisement