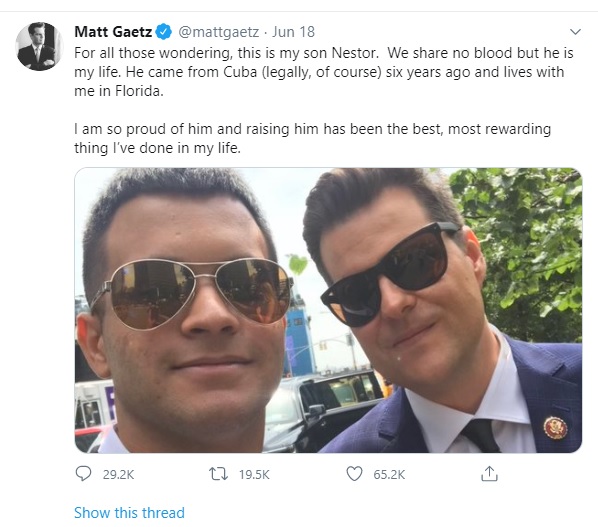 FDNY Lt. Alison Russo-Elling was stabbed to death during her lunch break Thursday, only a block from her New York City EMS station.
By George Upper  October 5, 2022

This project needs to be shut down and this legislation passed through Congress immediately bans China from buying land in the U.S.
By Randy DeSoto  October 4, 2022

In a court document, Angelina Jolie explains what she says took place during a 2016 flight in which she claims Brad Pitt ran amok.
By Jack Davis  October 4, 2022

'I Don't Want to Hear About Biden': Disgraced Former CNN Anchor Whines about Biden Being Called Out for Multiple Gaffes

Chris Cuomo says it's not right to pick on President Joe Biden for his gaffes, but has little good to say about Biden's new press secretary.
By Jack Davis  October 4, 2022

Teen Girl Jumps to Rescue with Tourniquet and Radio to Save Cop Shot in Front of Her: 'All Instinct'

A Missouri teenager who knew what to do came to the rescue after a police officer was shot while trying to arrest a suspect.
By Jack Davis  October 4, 2022

No Lifeguards in Sight: Beachgoing Father Realizes Only 1 Thing Will Rescue His Children from Certain Death

Other beachgoers, including a doctor, retrieved the man from the water and tried to resuscitate him before responders arrived at the scene.
By Lorri Wickenhauser  October 4, 2022

Biden Sits Idly as Reporters Get Shepherded out of Room, Then Smirks as He Insults Them All

President Joe Biden complained about reporters as White House muscle ushered them out of a conference room.
By Richard Moorhead  October 4, 2022

Op-Ed: For Christians, There Are Unexpected Opportunities Everywhere

Everyday interactions provide opportunities to share the good news of complete forgiveness and salvation by faith in Jesus Christ.
By Rolaant McKenzie  October 4, 2022

The Wisconsin man charged with killing six people in a vehicular attack on a parade had be be removed from court on the first day of trial.
By Richard Moorhead  October 4, 2022
Next