President Trump has eviscerated the Democratic Party, reducing it to internecine squabbling between out-of-touch establishment figures and fire-breathing radicals who all have equally dismal prospects of appealing to ordinary voters.

Panic seized the GOP establishment when Donald Trump began to rack up primary victories in 2016. The self-appointed guardians of the Republican Party solemnly informed voters that their misguided support for Trump risked destroying the party and putting an ignominious end to the “conservative movement” as we know it, predicting an electoral disaster of historic proportions if he were to win the nomination.

Fortunately, voters ignored the old hands who have traditionally called the shots in the GOP and chose Donald Trump as their standard-bearer. On the strength of an America First agenda of economic revival at home and anti-interventionism abroad that directly contradicted the reigning party orthodoxy, he went on to achieve an astounding electoral victory by winning Rust Belt states that had not voted for a Republican candidate in 30 years.

The Democratic Party is now undergoing the same routine in reverse. The party has been driven over the political cliff by ideological extremism, bitter infighting and an irrational, all-consuming hatred of Donald Trump. Today, it is the Democratic establishment that is desperate to ward off impending disaster — and this time that panic is prescient.

For months, Democratic Party bigwigs and their lackeys in the mainstream media have been reassuring themselves and their dwindling audience of supporters that all is well: that the party is united in opposition to President Trump and his agenda, and that because Democratic voters grasp the essential imperative of beating Trump in 2020, they would eventually unite behind an electable “moderate” such as former Vice President Joe Biden.

Trending:
Hunter Brags About Killing and Skinning 'Wolf,' Gets Ripped to Shreds When People Realize What It Really Is

In the wake of Biden’s humiliating defeats in Iowa and New Hampshire and the corresponding rise in the fortunes of socialist septuagenarian Senator Bernie Sanders, it’s clear that this establishment narrative was pure delusion.

That shouldn’t surprise anyone who has been paying close attention over the past three years.

Immediately after Donald Trump’s shocking 2016 triumph, Democratic honchos had an opportunity to engage in self-examination and produce an honest appraisal of how they lost so badly to a political neophyte.

Instead of drawing the obvious conclusion — that they gravely miscalculated by taking the core Democratic constituency of working-class Americans for granted in favor of empty posturing on the trendy elitist identity politics of race and gender — the Democrats and their deep-state allies devoted themselves to concocting an utterly absurd fairy tale of treasonous collusion between the Trump campaign and Russia.

For over three years, they have pursued their goal of overturning the 2016 vote through the impeachment of a duly-elected president by conducting baseless investigations and hurling unsubstantiated accusations against President Trump.

Yet by cynically ginning up the passions of the Trump-hating “#resistance” with disingenuous promises that they would soon be able to remove the president from office, all while attempting to obstruct the administration’s agenda at every turn, they have created huge disappointment and disaffection among their base.

The Democrats embarrassed themselves with their politically motivated crusade to oust the president from office, and the obstructionist efforts of the Democrat-controlled House of Representatives have prevented them from fulfilling any of the policy promises they made on the campaign trail in 2018.

At the same time, instead of trying to win back the disaffected working-class voters who sent Donald Trump to the White House by working to address the nation’s problems and formulating a more compelling policy agenda, the Democratic presidential candidates have engaged in a politically suicidal competition to stake out the most extreme positions possible.

Even the so-called “moderates” have endorsed such lunacy as free health care for illegal immigrants, racial reparations, voting rights for convicted felons in prison and the abolition of entire law enforcement agencies — proposals that are all but guaranteed to alienate the very voters they’ll need in November.

The dilemma facing Democratic leaders and strategists is entirely of their own making. After years of fostering rabid Trump hatred and playing to the far-left obsession with divisive identity politics, they’ve cultivated a highly-invigorated cadre of primary voters who would much rather support a genuine socialist like Bernie rather than the transparent frauds backed by the party establishment.

The Democratic base is now beyond party leaders’ control, and they are just now waking up to the fact that their party is being taken over by rabid leftists with no loyalty to the establishment that rigged the game against Bernie the last time around — but also no sense of how deeply unpopular Bernie’s radical platform is among the broader American electorate.

Establishment Democrats are now frantically using every means at their disposal, including their cable news subsidiaries, to kneecap Bernie’s candidacy, but it doesn’t look like their ploy is going to work.

Their last desperate gambit — using diminutive billionaire Michael Bloomberg and his money to bury the extremist candidates in an avalanche of slickly produced ads — seems doomed to failure after recent revelations of the former New York City mayor’s explosive and offensive comments about crime and policing in the African-American community.

Making the outlook even more grim for the Democrats, President Trump is making significant inroads with Latino and African-American voters — groups that could turn out to be decisive in November — by touting both the roaring economy and broadly popular policies such as the bipartisan criminal justice reform legislation he signed last year.

No wonder the post-impeachment celebration at the White House following the Senate’s exoneration of the president was filled with smiling Republican faces, including some who had predicted that Trump would be the downfall of their party just four short years ago.

Not only has he given them a new political lease on life; he has also utterly demolished their political opponents to a degree they never could have imagined, much less achieved. 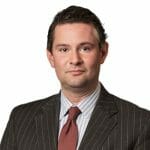