Free speech and open communication between experts is one of the greatest tools for advancing scientific progress.

Selectively choosing one side of a scientific argument while completely silencing the other is the perfect way to halt that progress.

During the coronavirus pandemic, social media platforms such as Facebook and YouTube have been taking down content posted on their platforms that contradict the World Health Organization or that they claim may “cause imminent harm.”

In January, the coronavirus began to sweep across the globe, quickly becoming the dominant focus of all social media and news platforms. During this time, the World Health Organization shared its guidance and opinion on how it believed we should deal with the virus.

That opinion was not always helpful. According to multiple experts, the WHO’s pro-China bias may have made the pandemic much worse than it could have been.

“Anything that would go against World Health Organization recommendations would be a violation of our policy and so remove is another really important part of our policy,” Wojcicki said.

This limits the news and information that people who rely on social networks to get their news see, while also not providing all the facts about the pandemic.

On April 24, Dan Erickson and Artin Massihi, two doctors from Bakersfield, California, held a news conference questioning the state’s stay-at-home order. During the conference, they said their facilities had tested over 5,200 patients for the virus throughout their county and found that the death rate of COVID-19 is similar to that of the flu.

“Now that we have the facts, it’s time to get back to work,” Dr. Erickson said, according to the California Globe.

Erickson also argued that as testing continues, people can start going back to work and businesses can reopen. He also suggested that staying at home too long can actually be worse for people’s health.

Three days later, KERO-TV was informed that YouTube had taken down the video, saying it “violated community guidelines.”

Facebook’s head of global policy management, Monika Bickert, told BuzzFeed in an interview that “we decided we would remove content that directly contradicted [the WHO] and could contribute to risk of imminent physical harm.”

In other words, if someone were to make a post saying that wearing a mask is ineffective or social distancing doesn’t work, Facebook would remove that post.

For a company that claims to not be the “arbiter of truth,” a move this bold reveals alternate motives. Facebook has stepped in as a direct moderator over the information people are receiving on the platform regarding the coronavirus, removing hundreds of thousands of posts and reducing the distribution of millions of others.

In a time of uncertainty, when people are relying on big tech and social media to get their news and updates, it is important for people to have access to all the information — not just some of it. 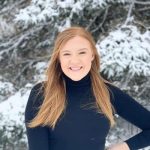