For months, the Trump economy has been known for soaring stocks and employment ecstasy. Our taxes are lower, our 401(k) funds are higher, and America’s labor market is as strong as ever.

Now, even the liberal media cares to admit it — in their own backhanded way. The Washington Post –– long consumed with anti-Trump hit pieces and the wasteful, never-ending Mueller investigation — recently ran with the following headline: “The U.S. Economy is Thriving.”

The Post’s economic correspondent, Heather Long, admits “unemployment (is) closing in on a 50-year low, stocks (are) near record highs, and growth (is) picking up.”

Of course, she devotes even more ink to the looming “blue wave” and President Donald Trump’s supposedly slumping popularity, but you can only expect objective reporting for so long. It’s not always what the left-leaning mainstream media says; It’s how they say it. And they’re struggling to find ways to criticize Trump.

Bloomberg’s analysis of the booming economy — “The Trump Economy is Strong. So Why Exaggerate?” — acknowledges its existence, and then claims Trump is somehow praising it too much. In columnist Justin Fox’s words: “GDP growth is accelerating. Jobs are plentiful.” Left with little to add, Fox proceeds to blame the Trump administration for “insisting that things are even better than they are.”

But his point is already made. The Trump economy is strong.

The New York Times’ approach is to acknowledge as much, and then give the credit to President Barack Obama — the same Obama who hasn’t been president in nearly two years. In a recent story, The Times’ Patricia Cohen suggested that “the economy is following the upward trajectory begun under President Barack Obama.” But it’s the first sentence of her story that really matters: “By nearly every standard measure, the American economy is doing well — and better than it was a year and a half ago, before Donald J. Trump was elected president.”

The liberal media will do whatever it takes to undermine Trump, and cast aspersions instead of heaping praise. A recent Esquire headline is living proof of that: “The Trump Economy is Cooking, But Only a Few Really Get to Eat.”

But their inability to ignore America’s economic prosperity shows the extent to which Trump is winning these days. Heck, even CNN — yes, Jim Acosta’s CNN — forced itself to recognize the Trump economy. In their words, “Trump’s right: The economy is doing well and he deserves some credit.”

There’s a lesson to be learned here: No matter the liberal media’s bias, the numbers never lie. Anti-Trump talking points can only get you so far when there’s no way to really use them.

America’s unemployment rate currently stands at 3.9 percent — one of the lowest in recorded history. Under Trump, African-American unemployment dipped below six percent for the first time in U.S. history, while Hispanic unemployment also hit its lowest point on record.

According to the nonpartisan Congressional Budget Office, America’s economic growth is expected to surpass three percent this year — well above Obama’s usual rates of one or two percent. The CBO’s optimism is predicated upon, as The Wall Street Journal calls it, “a surge in retail sales and rising manufacturing output.” Compared to a year earlier, retail sales spiked 6.4 percent in July — more than double the rate of inflation. Manufacturing output, meanwhile, rose nearly three percent year-over-year.

There’s no way around it: The Trump economy is winning. When even the liberal media says so, it’s winning bigly. 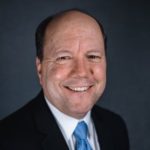