Steve Bannon’s new film “Trump @War” premiered online worldwide on The Western Journal for free to anyone who wanted to watch earlier this week at www.trumpmovienow.com.

The response to the premiere was massive. In fact, it was so big that we’ve secured the rights to extend the time that people can receive a free streaming copy until September 30th. I’ve personally received many emails from people who have watched it, and they have universally been blown away.

So if you missed the premiere event, don’t worry! Just visit www.trumpmovienow.com to get a streaming movie copy for free right now.

When we say this is a groundbreaking new film, we mean it. In “Trump @War” you’re going to get an exclusive, behind-the-scenes look at how President Trump has chosen to fight the media like no other president before him.

You’ll see how President Trump’s waging war, who he’s taking on, and what he’s done in just two short years both to Make America Great Again and to beat back the leftist onslaught against traditional American values.

“Trump @War” is packed with exclusive footage, interviews and material the media does not want any of us to see.

To avoid potential censorship by Facebook, Google, YouTube, Twitter and the mainstream media, The Western Journal is the only place you can see “Trump @War” online, and it won’t cost you a dime.  That decision comes with a cost, however, as a movie that is released off those platforms doesn’t have the same reach. That’s why we need you to share this with others.

We have to get the truth out. The media won’t. Google won’t. Facebook won’t. It’s up to us and us alone.

So get your streaming copy of “Trump @War” for free and make sure your friends and family watch too at www.trumpmovienow.com. It has never been more critical that Americans know the truth about the war being waged for our country’s heart. It’s up to us to spread that truth. 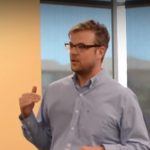 Frustrated blue-collar residents are done with daily battling crime and drugs in the neighborhood in Philadelphia.
By Trevor Schakohl  October 3, 2022
Next