Four Florida teens face serious criminal charges after one of the teens allegedly ran over a beloved local librarian with a van owned by a nearby church on Nov. 9.

The incident is a good example of why Florida has the death penalty in place.

The Polk City librarian, Suzette Penton, 52, took photos of the church van as the four accused youths tried to drive away from her home following an assault and battery on her son that turned into a home invasion, police say.

Penton’s son is a former boyfriend of a 16-year-old Kimberly Stone, who is being charged as an adult in the crime, according to authorities.

Police say the van’s driver was 18-year-old Elijah Stansell, the son of a local church pastor who borrowed the church van to carry out the alleged attack on Penton’s teenage son.

Stansell allegedly got permission from his father to use the church van, which he later used to kill Penton, according to police.

At the time of the crime, Stansell was apparently dating Stone, who police say instigated the confrontation over an argument on social media and was in the van during the alleged murder.

Police say Stansell and the other defendants — 16-year-old Raven Sutton, 14-year-old Hannah Eubank and Stone — tried to flee the scene after Stansell and Sutton attacked Penton’s son during a fight that took place inside the home.

The fight had started after three of the teens got out of the vehicle, knocked on the front door and then rushed to the house’s carport after Penton’s son came out the side door, police say. Stansell allegedly attacked Penton’s son, then the group followed the son inside the home when he retreated.

“He had no idea they were coming there to fight him,” Sherrif Grady Judd said earlier this month. “Raven got a few shots in during the fight and Hannah was taking video of this.”

Suzette Penton was not home when the fight started, but when she returned — causing the four suspects to try to flee — she attempted to take photos of the van, authorities said. That’s when police say Stansell ran her over, leaving tire marks on her body. She eventually died of her injuries on Nov. 25.

“She has tire tracks on her body,” Judd said.

“If you see the video, you can see clearly he had the opportunity to back up or drive around her,” the sheriff also said. “He didn’t try to turn away from her and accidentally hit her. She was squared up and he ran over her, directly over her, rolled her underneath the van.”

In addition to the murder charge, Stansell faces “three counts of contributing to the delinquency of a minor, burglary with assault and lewd and lascivious battery on a minor,” according to The Ledger. His three alleged accomplices face charges of attempted felony murder and burglary with assault, with all four teens reportedly having admitted going to Penton’s home to confront her son.

The tragedy goes beyond the loss of a mother and the criminal charges filed against the four teens.

Suzette Penton also was a beloved local city librarian who looked after at-risk youth and helped to spread the joy of reading, learning and getting an education.

“She wanted kids to know that there is a world beyond PlayStation, Xbox, Facebook,” library-goer Martina Gagelmann told WTVT. “She wanted them to realize the potential they had within themselves to be creative.”

“They took an exceptionally loving, big-hearted woman who would give you the shirt off her back to help you, Gagelmann said.

A social media argument allegedly spurred the entire tragedy, which just affirms the senseless nature of the alleged murder.

The heinous crime deprived a family of its mother, a community of its librarian and many at-risk youth of a truly positive influence in their lives.

Such crimes absolutely should be prosecuted to the fullest extent of the law, with the death penalty a very real end to the sordid story. 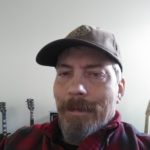