Activists Slam Biden After Storming Out of Meeting: We Have 'Reached a Turning Point'

Woman Endures Horror on Philadelphia Train as Bystanders Watched and Did Nothing, Police Say 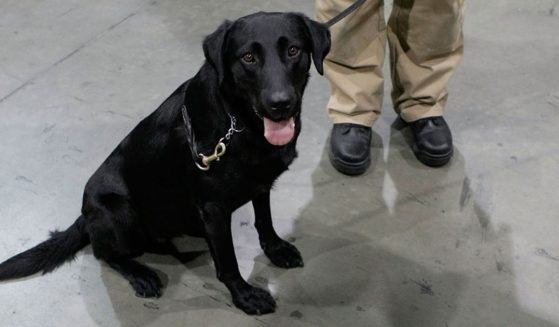 The last time the United States won gold in women’s Olympic hockey, it was at Nagano in 1998 and Bill Clinton was president.

But even as the Far East again proved lucky for the American women, who beat rival Canada 3-2 in a shootout in Pyeongchang, one member of the team had far greater deeds to do than hang around for the post-medal-ceremony party.

After Hilary Knight got her medal and stood for the national anthem, she headed out to play hockey with some young children at a nearby rink.

Two thousand words’ worth of pictures tell the story:

Lots of great images from the #Olympics2018 but seeing @HilaryKnight sneak out of the Team USA gold celebration to play hockey with kids on a neighboring rink ranks right up there (yep that’s a gold medal hanging around her neck). pic.twitter.com/2KS1a9mQZD

Trending:
Buttigieg Hits Back at People Who Are Upset That He's on Paid Leave During a National Crisis

And oh by the way, Knight had her gold medal around her neck, a piece of gilded bling that would put curling fan Mr. T to shame.

In essence, what we’ve got here is a case of paying it forward. The young girls playing hockey in the 1990s are the adults of today winning Olympic gold.

She came up through the ranks at the University of Wisconsin and has played professionally in Boston for various women’s teams since finishing college in 2012.

In Olympic competition, Knight was on both silver-medal-winning American teams in 2010 and 2014, both times losing the final game to Canada.

This year? Revenge is oh so very sweet, and the Canucks get to cry in their maple syrup while Knight plays hockey with the next generation of girls strapping on the pads and the skates and getting to work.

In 10 years of competition, Knight’s teams have finished either first or second at every World Championship or Olympics; she stands alongside the likes of Cammi Granato as one of the greatest women’s hockey players in American history.

Knight has skated with the Anaheim Ducks before, and they were quick to acknowledge her and congratulate her on her Olympic gold:

We always knew you were golden, @HilaryKnight!

Although if she’s going to skate with the men in the NHL, Anaheim might not be the right place for her. Maybe she belongs in Las Vegas.

After all, she just became a Golden Knight.

Chicago Nightmare: Anti-Cop Lightfoot Discovers How to Cut Police 50% Without Firing Anyone

Chicago is already engulfed by rampant lawlessness after decades of Democratic leadership, and this could make it even worse.
By Samantha Chang  October 18, 2021

A man convicted of killing a 17-year-old girl was released from prison early. Now he has been charged with stabbing a single mother to death.
By Jack Davis  October 18, 2021

Senator Proposes Senility Test for Aging Politicians: 'I'm Saying This as a Doctor'

Republican Sen. Bill Cassidy, a doctor, says that it may be time for America's aging leaders to take senility tests.
By Jack Davis  October 18, 2021

Prominent ESPN Reporter Out Over Vaccine Mandate: 'I Cannot Put a Paycheck Over Principle'

An ESPN reporter who will not be vaccinated is leaving the network, but not without issuing a warning about where this country is headed.
By Jack Davis  October 18, 2021

Tyranny: Canadian Pastor Forced by Gov't to Repeat 'Medical Experts' from the Pulpit

The pastor's lawyer called it 'totally and wholly new as far as sentencing goes, as far as I can see or as far as I am familiar with.'
By C. Douglas Golden and A.F. Branco   October 18, 2021

Despite many vaccinated people contracting COVID, Dr. Anthony Fauci says it will be the fault of the unvaccinated if cases spike again.
By Jack Davis  October 18, 2021

'We have lost a remarkable and loving husband, father, grandfather and a great American,' his family said in announcing Powell's death.
By The Associated Press  October 18, 2021