When is your minority group no longer non-white? Apparently when your academic performance is just too good.

In an equity report from 2019 that was promptly removed after it was first reported on this week, the North Thurston Public Schools in Thurston County, Washington, measured “White/Asian Students” against “Students of Color” in order to ascertain any performance gap. The report also looked at “Students of Poverty” against “Non Poverty” students.

“Students of Color compares outcomes for Asian and White students [with students] who identify as Black, Latinx, Native American, Pacific Islander, and Multi-racial students, all of whom have experienced persistent opportunity gaps in our society,” the report read.

“Students of Poverty is a visualization of opportunity gaps for students experiencing poverty, as measured by qualification for free or reduced price meals.” 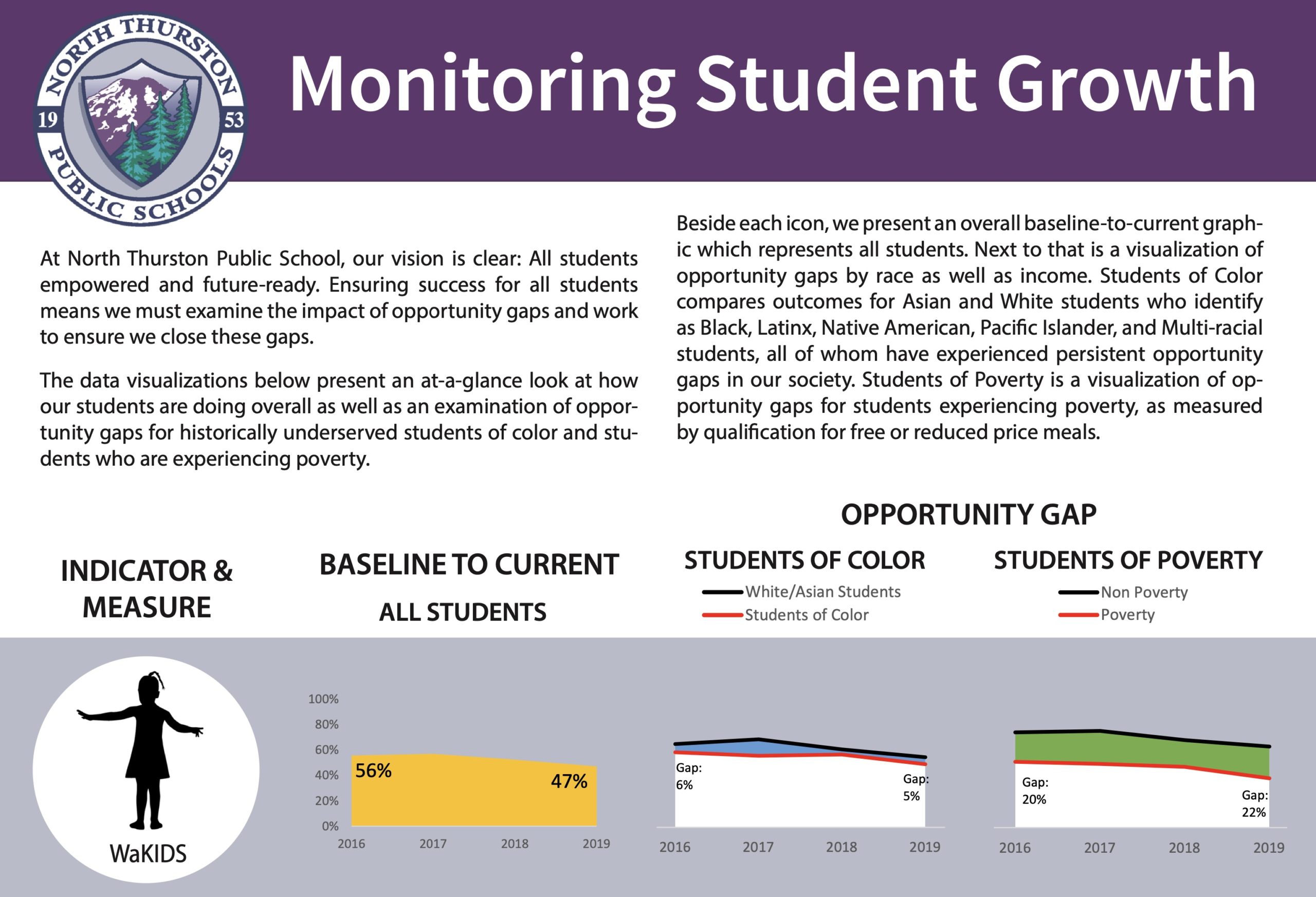 Even with that crude attempt to play around with the data, the report didn’t find many significant gaps between white/Asian students and students of color, with only two major indicators — third-grade language arts test scores and sixth-grade math test scores — being over 10 percent.

According to Fox News, the district, 55 miles south of Seattle, is responsible for 16,000 students.

Reason’s Robby Soave drew attention to the equity report in a Monday article.

“What the equity report really highlights is the absurdities that result from overreliance on semi-arbitrary race-based categories,” he wrote.

“The report also measured ‘students of poverty’ —those who qualify for free or reduced-cost lunches — against non-poverty students, and unsurprisingly found a much more significant achievement gap. ‘Students of poverty’ perform 28 percent worse on math tests, for instance. That socioeconomic category captures something real and meaningful in a way that the gerrymandered race category does not.”

A paragraph earlier, Soave made the point a different way:

“Most indicators in the report show that the achievement gap between white/Asian students and ‘students of color’ is fairly narrow and improving over time. It would probably be even narrower if Asian students were categorized as ‘students of color.’ In fact, some indicators might have even shown white students lagging behind that catch-all minority group. Perhaps Asians were included with whites in order to avoid such an outcome.”

The superintendent of the school system didn’t respond to a request for comment from Reason — so we don’t know how the district might respond to Soave’s hypothesis that “some indicators might have even shown white students lagging behind that catch-all minority group” if Asians were removed.

Instead of responding, the district removed the report, and issued a statement on its website that claims the purpose behind it was closing gaps between underperforming groups of students.

“For this reason, in one of our online documents from 2019, titled ‘Monitoring Student Growth,’ we evaluated the achievement data by ‘Students of Color’ and ‘Students of Poverty.’ In the document we grouped White and Asian students together.

“Upon reflection and response by members of the Asian-American community, we will change how we look at achievement data and appreciate the feedback we received. We apologize for the negative impact we have caused and removed the monitoring report from our website.”

First off, the notion that this decision involved “reflection” is risible. The Reason report was published Monday. The district replaced the chart and issued its statement the same day.

So a few hours, at most, of careful contemplation played an integral role in administrators coming to the carefully measured realization that a year-old report was problematic in how it dealt with Asian-American students.

Leaving that absurdity aside, this should have been sufficient.

However, the types of administrators prone to issuing that kind of equity report in the first place are also the same kind of people prone to performative self-sabotage, and the statement curdled into a non-apology apology, as the district maintained it was “important to continue the practice of disaggregating data, so we make equity-based decisions.”

“The intent was never to ignore Asian students as ‘students of color’ or ignore any systemic disadvantages they too have faced.”

The last part is decidedly untrue unless you want to admit the categories in the equity report are wholly arbitrary. If this is what they meant, it’s what they should have said when this report was originally published.

Instead, this feels closer to one of the more pernicious biases in modern education: The idea that Asian-Americans are successful enough academically that they’re not really a minority.

Consider Harvard, where being Asian is negatively correlated with admission and Asians aren’t considered a minority for admissions purposes, according to a 2018 report from The New York Times. Documents from a 2014 lawsuit against the university for its race-based admittance practices also asserted Asian students were systematically rated lower on personality traits by admissions interviewers.

And yet, the courts have thus far sided with Harvard. According to National Review, a federal judge in Boston found October 2019 decision that “[r]ace is only intentionally considered as a positive attribute” in Harvard’s admission policies, while conceding that “[r]ace conscious admissions will always penalize to some extent groups that are not being advantaged by the process.”

The ruling was upheld by the 1st Circuit Court of Appeals last week, and is likely headed to the Supreme Court.

That’s at the higher end of the food chain, though. At the lower end, you have the North Thurston Public Schools, which is so concerned about equity among what they call “Students of Color” that it decided Asians didn’t fit in that category.