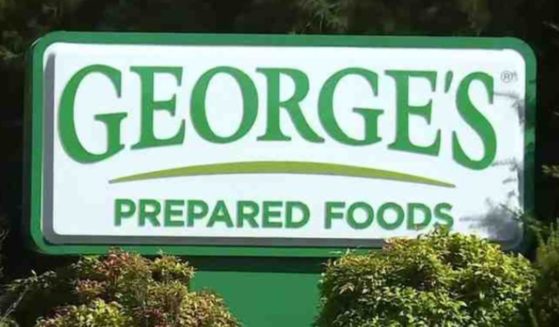 The tornado outbreak earlier this month that claimed dozens of lives in several states — especially Kentucky, which was hardest hit — was an object lesson in how ill-equipped President Joe Biden is for the job he holds.

During a speech at his home in Wilmington, Delaware, on Dec. 11, hours after the storms, Biden confused the type of weather event that caused the deaths (calling it a “hurricane” early in the speech) and then insisted that he was certain climate change played a role in causing the tragedy, no matter what kind of weather it was. That should have been enough to alert the White House handlers that the solemnity of the moment needed to be impressed upon Biden.

Instead, he went to Kentucky and cracked a joke right off the bat — because that’s just the kind of president we have right now.

It’s worth noting the double-standard in media coverage between former President Donald Trump’s gaffes and the current president’s blunders. We’ve been chronicling Biden’s deficits in demeanor since the beginning here at The Western Journal, even when lines like “poor kids are just as bright and just as talented as white kids” didn’t even register in mainstream coverage. We’ll keep on pointing out what the media won’t regarding the Biden presidency — and you can help us by subscribing.

Speaking in Dawson Springs, Kentucky, on Dec. 15, Biden decided to jape about the state, implying the best thing he could think of to emerge from the Bluegrass State was the woman who had married his brother.

Watch the video here, and note the wreckage from the storm is clearly evident in the background.

“I kid and say the best thing to ever come out of Kentucky is my sister-in-law,” Biden said during his remarks. “And she is, uh, all blue. She went to [the University of Kentucky], then she went to Duke Law School, and she’s married to my brother, and we’re all thankful [for her] marrying my brother.”

Biden: “I kid and say, the best thing to ever come out of Kentucky is my sister in law” 😬 pic.twitter.com/gbOb2BSvTI

In other words, standing in one of the state’s most storm-damaged towns, the only good thing Biden could think about regarding Kentucky was his family. Making tragedy about those close to him and not those who have suffered is actually a theme for the president, unsurprisingly.

After the loss of 13 American troops in a suicide bombing during the chaotic withdrawal from Afghanistan in August, Biden reportedly infuriated several of the Gold Star families during private meetings when he made the killing of their loved one about the death of his son Beau. Even though Beau Biden served in the Army National Guard, his death from cancer came years after his deployment to Iraq.

What do you know — the sister-in-law joke didn’t make it into the president’s tweet about his visit, which was appropriately solemn. It’s almost as if he isn’t writing these things:

As I said today in Kentucky: We are all in this together, no red states or blue states, just Americans helping each other get through tough times.

We’ll heal. We’ll recover. We’ll rebuild — stronger than before. And we’ll do it together.

(Had Biden actually written it, it might have said: “No red states or blue states, just Americans giving each other a helping hand. But no, seriously folks, the second-best thing to come out of Kentucky is the Derby, and that’s where the list ends for me. Haha! We have fun here, we do.”)

As if to prove my point about the media’s capacity for distraction when it comes to the president, here are some tweets from ABC News about the president’s speech:

“My mother, God love her, used to always say ‘out of everything terrible, something good will happen,’” Pres. Biden says during remarks in Kentucky following devastating storms. “Something good has to happen out of this…We gotta make it better.” https://t.co/s1XH2Airdc pic.twitter.com/NO0XjwsN9V

Pres. Biden: “The government’s going to cover 100% of the cost—100% of the cost—for the first 30 days” of emergency disaster response following devastating tornado outbreak. https://t.co/hezkl0AV8E pic.twitter.com/Cg6LdJh0A9

Here are some other tweets from ABC News about the president’s visit:

Pres. Biden praises communities for supporting each other following deadly tornadoes in Kentucky: “That’s what America is supposed to be. There’s no red tornadoes or blue tornadoes, there’s no red states or blue states when this stuff starts to happen.” https://t.co/oykg3gTzT3 pic.twitter.com/hDxK9nLXqO

Pres. Biden meets with young girl holding an American flag amid the rubble caused by a tornado outbreak in Kentucky. https://t.co/MH92m68KRZ pic.twitter.com/aEy7wBjrVx

The number of tweets about the ill-conceived joke was a solid zero.

Not that the remark should overshadow the entire visit, but it merits a mention — and not just because the media would collapse the entire visit around the joke if it had been Donald Trump who made it.

For starters, the joke played into a wider problem with the president, which is that he seems to have lost his tenuous grasp on what constitutes appropriate behavior.

I’m going to assume, safely, that no speechwriter played a role in convincing him to fit this bit of hilarity into his remarks. What, then, are we to make of a president who thinks this is the time and the place to pull out this gem about storm-ravaged Kentucky?

For that matter, the joke served as a repudiation of the myth that Biden is a blue-collar guy who can empathize with working-class voters in the South and Midwest. One can’t really see him, for instance, going to Los Angeles or New York City and saying the best thing about those places was his sister-in-law.

Kentucky, though? That seems to fit the modus operandi of the elite Democrat perfectly — and the president is no exception.

If it were someone different, too, it’d arguably pose much less of a problem. Voters will get to decide, in the not-too-distant future, whether to further empower a man who’s undergoing diminishing cognitive returns before their eyes.

And after the 2022 midterms, in a little less than three years, the White House assures us we’ll be voting on whether or not to keep him as president.

In many ways, the 2020 election was a referendum on the presidential bearing of Donald J. Trump. Might voters be having a bit of buyer’s remorse when they see the current occupant of the office joking — as he spoke in the epicenter of a storm that’s confirmed to have killed at least 88 people, according to The Associated Press — that the best thing about the state of Kentucky is one of his relatives?

One is tempted to ask what Biden was thinking when he uttered this. The problem is that he wasn’t thinking — and there’s no amount of spackle the media can apply that makes that look normal.