Speech matters. And actions matter too, perhaps even more than speech.

Over the last several months, we have been inundated with video clips of rioters (not “peaceful protesters” as the establishment media likes to call them) smashing store windows and screaming obscenities at police officers merely doing their job — which includes protecting rioters.

But here is a video clip that most of America has likely not seen.

In the video, shared last week on Twitter by the Peoria Police Department, Officer Montes, a military veteran, is on an overnight patrol when she rolls up a damaged American flag that had separated from its mount and carefully lays it outside its owner’s garage door:

🇺🇸 While patrolling neighborhoods during the overnight hours, @PeoriaPoliceAZ Officer Montes, a #Military #Veteran, noticed an #AmericanFlag damaged from the wind. The resident posted the video to thank Officer Montes for taking care of it!🇺🇸 #PeoriaPDAZ #Peoriapoliceaz #peoria pic.twitter.com/0nipxMu5Yp

This is a clip that should be plastered across every television screen and every front page in America. Why is attention given to lawless thugs while simple acts of kindness carried out by public servants are ignored?

Indeed, the police officer picking up and gently rolling up the flag was engaging in more than an act of kindness. It was an act of patriotism and respect.

She was paying homage to the very symbol of free speech and the right to peacefully protest. Literally. The soldiers who raised the American flag at Iwo Jima were aware that many of their comrades had already died in the effort to defeat those who wanted nothing less than the destruction of America and its free and open way of life.

Likewise, the American soldiers who landed on Omaha Beach knew and understood the real and present danger posed to America by the tyranny and evil of fascism. Those soldiers would be the first to know and understand that if anyone in downtown Berlin dared to burn a banner bearing a swastika, that person would have been summarily shot.

The American flag represents a system that, while not perfect, affords due process.

Indeed, it is the flag of the country whose Supreme Court, in the 1989 Texas v. Johnson ruling, guaranteed one’s right to set the American flag ablaze in the public square as a legitimate method of protest.

These days, it seems like we see more flags being burned and defaced than we see expressions of patriotism. We have been forced to accept the legitimacy of kneeling during the playing of the national anthem.

How did we get here?

Some might argue that it is the result of “too much freedom.” Well, that’s wrong, because there can never be too much freedom. What certainly does exist, however, is freedom being taken for granted.

One might argue that the flag is simply a “symbol” with no inherent meaning, like, say, a red light or a stop sign or the sign being worn by a service animal that says: “I’m working. Please don’t pet me.”

It can also be argued, however, and it should be, that the flag is inherently meaningful because it reminds us that all Americans must unite to achieve the goal of liberty and freedom.

Last weekend, members of the NFL wore T-shirts that declared: “It takes ALL of us.” The American flag has been saying that for over 200 years, and deserves at least as much respect as a T-shirt on an NFL sideline. 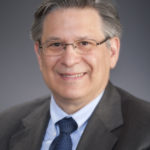