An oil tanker exploded off of the coast of Nigeria Thursday.

The tanker, the Trinity Spirit, was a floating production storage vessel, capable of transporting about two million barrels of oil, the New York Post reported.

The vessel could also process up to 22,000 barrels per day, Reuters reported.

Footage of the vessel shows it on fire and apparently sinking. None of the 10 who were on board at the time have been accounted for yet.

The cause of the explosion is still unknown and is being investigated by the company, Shebah Exploration & Production Company Ltd., which owned the Trinity Spirit.

“At this time there are no reported fatalities, but we can confirm that there were 10 crewmen on board the vessel prior to the incident and we are prioritizing investigations with respect to their safety and security,” Ikemefuna Okafor, the chief executive of SEPCOL said.

Boats went out to pick up crew members from the burning tanker, but they could not reach it due to the fire.

The Trinity Spirit was at the Ukpokiti oil field, which is near the River Niger delta.

One source in Nigeria’s oil sector said that the vessel only had about 50,000 barrels in storage and was not actively pumping from the oil field, according to Reuters reporting.

Though many are worried about the spill and damage that this will cause to the surrounding environment, compared to BP’s Deepwater Horizon disaster — a high water mark for oil disasters — the Trinity Spirit explosion was not as bad.

In 2010, the Deepwater Horizon oil rig was actively pumping tens of thousands of barrels a day when it exploded, Reuters reported.

It took 87 days to plug the well after that rig exploded and sank. During that time, 4 million barrels of crude flowed directly into the Gulf of Mexico, creating a massive oil slick and causing a mess in the ocean and the whole oil field.

Though the cause and damage of the Trinity Spirit explosion are still being investigated, it does seem to be under more control.

Okafor said many are assisting with the cleanup and investigation so far. Everyone from local fishermen to Chevron, which has a facility close by, has been helping SEPCOL.

“We appreciate the assistance provided us by the Clean Nigeria Associates, the Chevron team operating in the nearby Escravos facility and our community stakeholders as well as fishermen, who have been of tremendous assistance since the incident happened,” Okafor said, according to the Post.

“We have duly notified all relevant authorities and we appeal to the members of the public to stay away from the area while our Crisis Management Team continues to monitor the situation and update all stakeholders with new information as the investigation evolves,” he added. 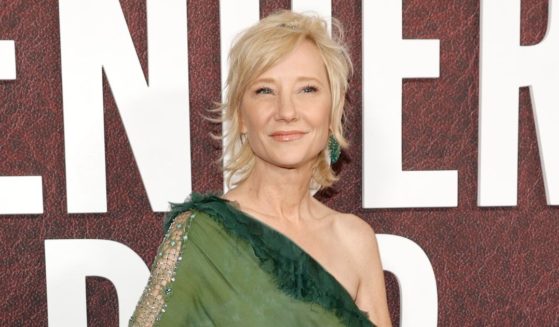 Actress Anne Heche Under Investigation for Felony DUI as She Remains in Coma: Report

In a statement shared Thursday with Fox News, the LAPD said that at first, police were unaware of injuries apart from Heche's.
By Andrew Jose  August 11, 2022
Next