A 2015 decision to reverse a decades-old ban on exporting U.S. crude oil has coincided with a steep spike in global shipments not predicted by some experts at the time.

For 40 years beginning in 1975, the majority of domestic oil production was barred from exportation under the Energy Policy and Conservation Act, a reaction meant to give the U.S. some control over its supply amid shortages and drastically increased prices.

Though some oil was exempted by the U.S. Department of Commerce during those years, exports remained low until Congress reversed the act just over 2 years ago.

In the wake of that December 2015 decision, a number of analysts predicted the move would have a limited impact on the shipment of oil from the U.S. to ports around the world. A CNN article published the following month cited several of those opinions.

Describing a combination of low prices and a glut in global supply, one energy firm analyst suggested a foreign market for U.S. oil didn’t really exist.

“Oil oversupply is currently a global issue, and not one confined to the U.S.,” said Platts Bentek manager of energy analysis Anthony Starkey.

He added that there was “little appetite or need for our oil to flow anywhere else.”

Reporter Matt Egan concluded that even with the ban on exports lifted, the marketplace did not provide much opportunity for U.S. oil to compete on the world market.

“And given the current backdrop, don’t expect U.S. oil exports to skyrocket any time soon,” he wrote.

According to a recent Energy Department report, however, “skyrocket” is precisely the term used to describe what happened.

The accompanying graph reveals a sharp spike in exports beginning when the ban was lifted. The Energy Department analysis went on to emphasize the seismic shift that has taken place in the past 15 years.

Do you think lifting the ban on crude oil exports was the right move?
Yes: 92% (22 Votes)
No: 8% (2 Votes)
Advertisement - story continues below

The U.S. Energy Information Agency provided a breakdown of where those barrels were shipped in the year following the 2015 policy reversal.

Related:
Furious Don Lemon Unloaded on Co-Host Over On-Air Incident, Then Disappeared from the Air: Report

During the 40-year ban, the exceptions generally allowed shipments to a handful of countries — most notably Canada.

“Following the removal of restrictions on U.S. crude oil exports in December 2015, the United States exported crude oil to 26 different countries in 2016, compared with 10 countries the previous year,” the agency reported.

Though Canada continued to receive a majority of exported oil, its percentage of the total became significantly smaller.

As the study concluded, the 2015 decision to lift the ban on oil exports was the key factor “resulting in the rapid rise thereafter.” 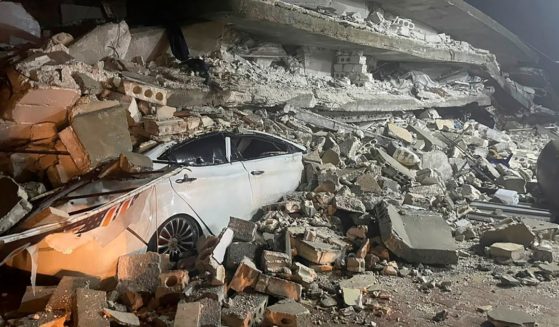