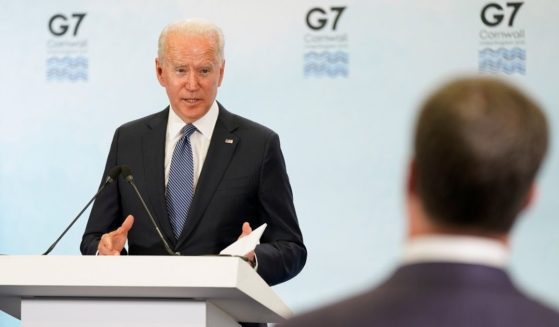 Losing something precious to you is a devastating feeling. The pain is even worse when that lost object was a gift.

A woman from Castro Valley, California, and her daughter recently experienced that pain.

Daniella Montgomery Isch’s daughter, Destiny, had just celebrated her 14th birthday. She was gifted with Airpods, $70 of gift cards to various stores and $220 in cash on her special day.

Shortly after her birthday, Destiny lost her purse ⁠– and all the gifts inside it.

“My 14 year old daughter was devastated, as well as myself,” Isch wrote in a Facebook post. “We frantically knocked on doors, and asked people if they could review there cameras. I came across a neighbor (Meagan) who suggested I start posting on the local Facebook pages.”

Thankfully, it wasn’t long before they heard good news. Doris, a woman in the Castro Valley community, had located a purse on a curbside. Doris’ immediate reaction was to start searching for its owner.

“I started getting information that Doris (I didn’t know her name them) had found a wallet pouch and had already reached out to her friend asking her to start searching the web sites for any leads,” Isch wrote. “Linda (Doris’ friend) thought there wasn’t a chance she would be able to find the owner, but she did!!!”

Doris, who walks two miles to get to her two jobs, found the purse during her commute. If she hadn’t been walking to work, she likely wouldn’t have found Destiny’s birthday gifts.

“She REFUSED a reward and reminded me that the Good Lord made sure she found it to get it back to its owner. She is a TRUE blessing to our community,” Isch posted.

Isch learned that Doris works 70 hours a week at two local gas stations. Although Doris refused a reward, Isch hopes to get the word out about Doris’ compassion for her community. She established a GoFundMe to help raise money to gift Doris with a car.

“If there is anyone out there that has access to low cost vehicle maybe I can get a donation fund started I don’t know how but sure pray that there is a way to assist her in getting some transportation,” Isch wrote. “She is not the kind of person to even take a reward so we would have to get it and get it to her without giving her a choice.”

The fundraiser has since raised over $4,000, which Isch stated would go toward insurance and gas expenses.

“If by chance we get a car donate we will bless her with insurance covered for however long, gas any financial stuff that might come up!!! This is moving on my heart I know nothing by chance!” Isch wrote in a follow-up Facebook post.

The story has touched the Castro Valley community. Many people have praised and thanked Doris for her kindness.

“The world is DEFINITELY a better place with people like Doris,” Frank Somerville of KTVU posted to Facebook. “As for Destiny. Note to self: Make sure you hold onto your wallet. (I say that with a smile on my face).”

Liftable, a section of The Western Journal, has reached out to Isch for further comment but has not yet received a response. We will update this article if and when we do.