While living as a conservative in a liberal world can be a daunting existence, influential women across the nation have turned to the booming podcast industry to be a voice for women of the right and to discuss current events through a conservative filter.

Here are seven podcasts by conservative women that you should listen to:

“Problematic Women” is a podcast from The Daily Signal created in 2017.

The podcast got its name from an Elle Magazine article titled, “How Do We Criticize Problematic Women?” which attacked conservative women like Megyn Kelly, Ivanka Trump and Kellyanne Conway for not fitting the leftist idea of “feminism.”

“Problematic Women” co-founder Lauren Evans told The Western Journal that the podcast was created to push back against the narrative that to be pro-women, one has to fit into a progressive box established by liberal groups, magazines and celebrities.

Combining their political experiences and connections with their friendship, Evans and her co-hosts use the platform to encourage and empower independent and conservative women who feel shunned because of the values they hold. 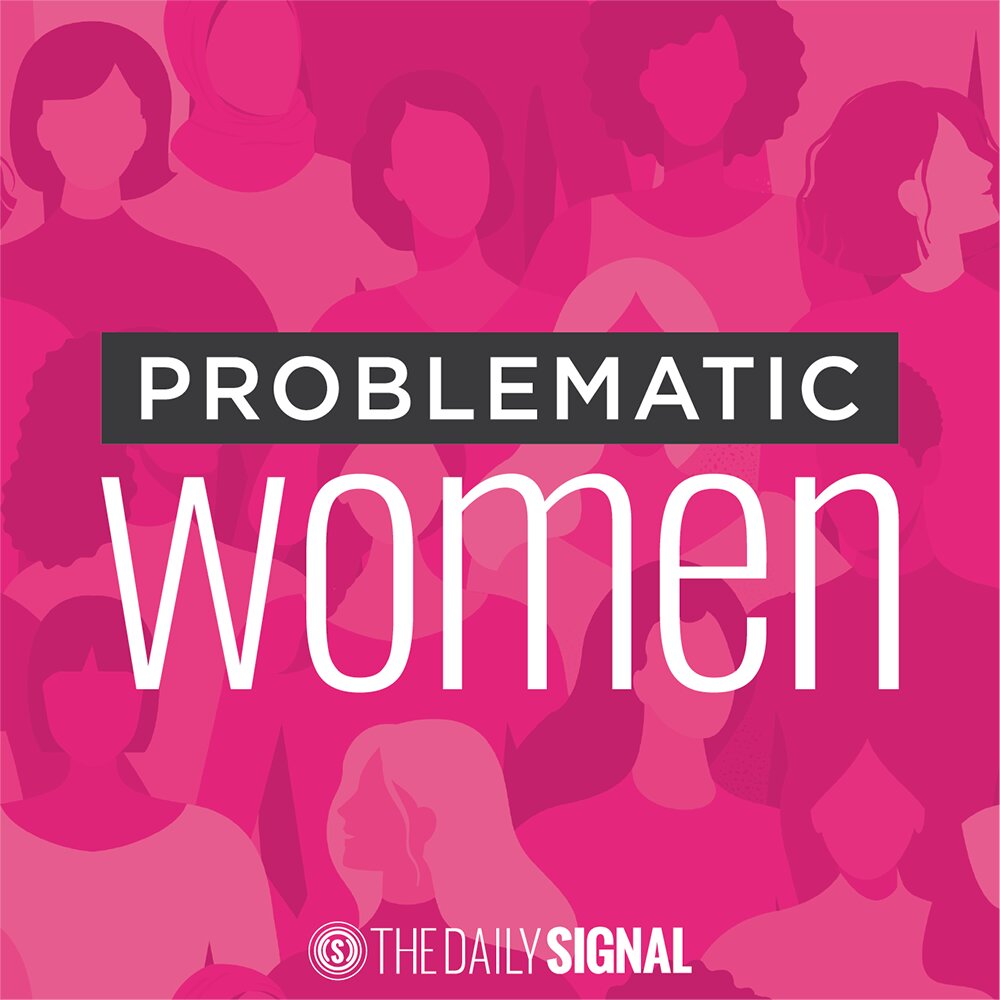 The Daily Signal’s “Problematic Women” highlights powerful conservative women and exposes the sanctimony of liberal women while maintaining a fun and positive environment to discuss life and current events.

“POPlitics,” a daily show from Turning Point USA, presents a funny, colorful and informative breakdown of the top stories in entertainment news every weekday.

Host Alex Clark told The Western Journal that the show seeks to cover all things pop culture “WITHOUT the leftist propaganda!”

Clark pointed out that pop culture is often relayed exclusively through liberal filters. But on “POPlitics,” listeners can catch up with new trends and celebrity news through a conservative lens without the boring or aggressive news jargon. 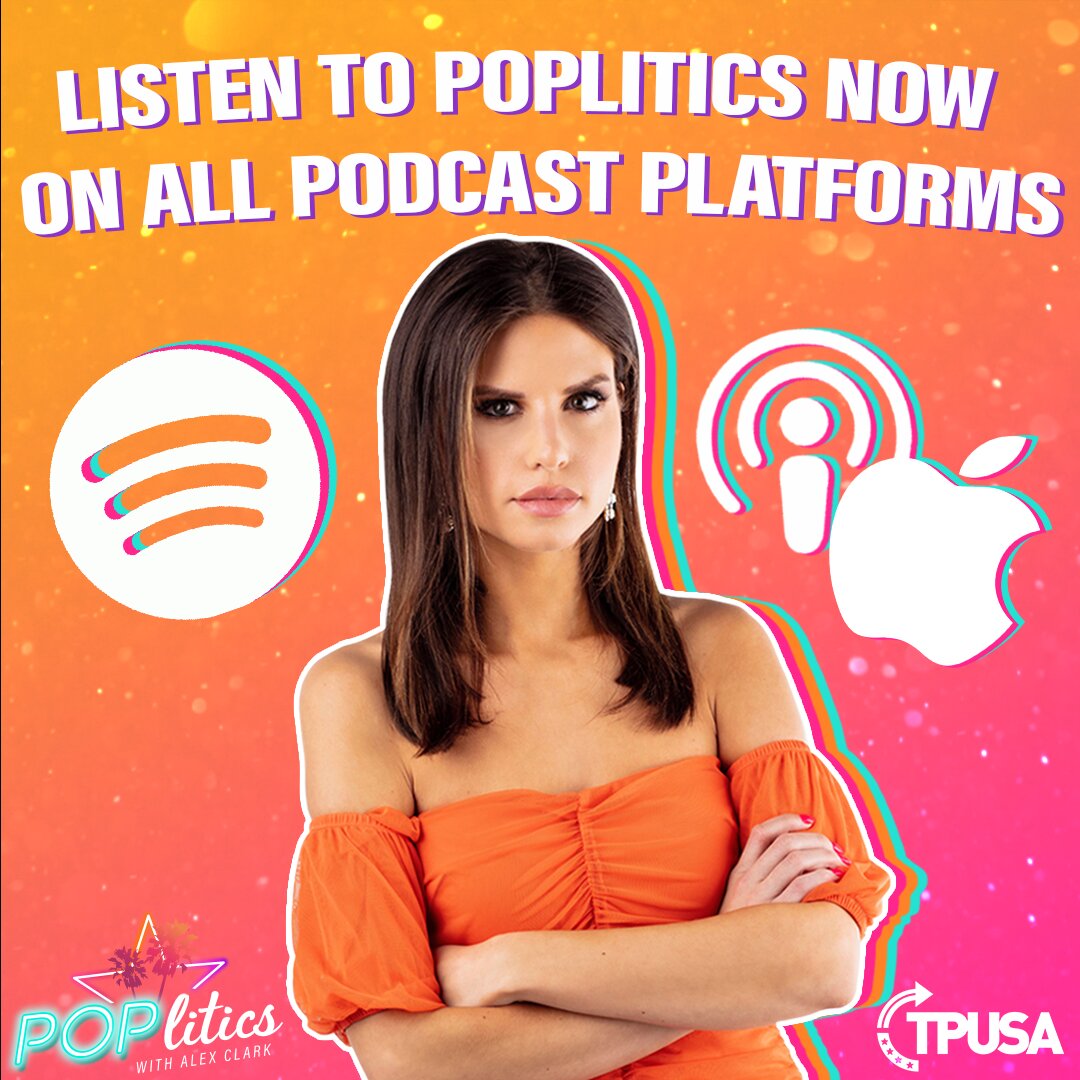 “POPlitics” is fast-paced, entertaining and engaging, with episodes around 6 minutes each. Clark calls it “cotton candy conservatism,” which seeks to draw in those who identify as liberal or even apolitical.

The show is targeted toward Gen Zers and Millennials and is distributed primarily through social media, which is where Clark said those generations “prefer to get the tea.”

Young conservatives have enthusiastically embraced “POPlitics” for going against the grain of tight-laced or male-targeted news. Fans of the show are referred to as “Cuteservatives” and “Dudeservatives” because of their pride in their conservative viewpoints and their familiarity with pop culture.

“At the end of the day, conservatives just want equal representation in all news whether it’s hard news or celebrity gossip,” Clark said. “Conservatives want to keep up with the Kardashians too!”

“Smart Girl Politics” is a Ricochet podcast that offers “the conservative woman’s perspective on a wide array of political and cultural issues, all from a decidedly grassroots point of view (i.e., average women, not DC insiders).”

The Smart Girl Politics platform started on Facebook in 2008 as a community for female patriots with conservative values.

The podcast, hosted by co-founder Teri Christoph, launched in 2016 and covers key political events as well as entertainment, religion, technology, sports and current events to serve as “palate cleansers.”

Christoph and her co-hosts offer their views on government goings-on from a Gen X perspective.

According to The Leadership Institute, Christoph has hosted, co-hosted and produced a number of noteworthy podcasts including “Smart Girl Nation” and “Behind the Ballot Box.”

She serves as a fundraiser and email list manager for non-profits and conservative candidates in her spare time.

Stuckey made her debut into the public eye with her blog, The Conservative Millennial, before joining The Blaze in 2017, according to The Washington Examiner. She has a special passion for reaching Millennials specifically, hoping to empower them to voice their conservative views on politics.

“Millennials want to know ‘why,'” she told The Washington Examiner. “We want to be compelled almost emotionally to be convinced in a certain way. So yes, logic is good. Logic works very well … But if you could tell me why it’s important that I believe in a certain way, why it’s logical, why these facts are presented the way they are — that’s how you connect to millennials.”

According to her YouTube channel, Stuckey has racked up millions of views with her engaging analysis of hot-button issues since 2016. 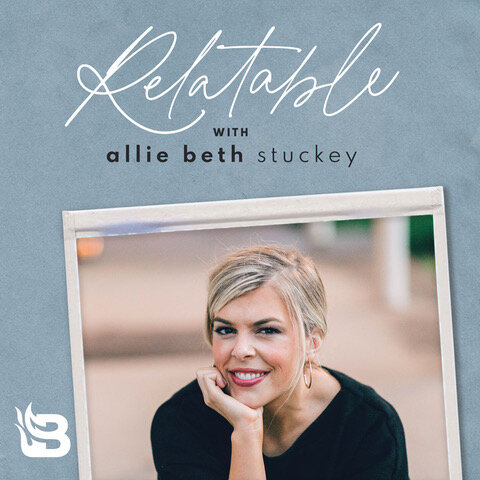 “The Candace Owens Show” is a PragerU podcast hosted by conservative commentator and activist Candace Owens. Owens is best known for her pro-Trump stance and her critique of the Black Lives Matter movement.

President Trump has praised her work, calling her a “very smart ‘thinker” and commending her impact on American politics.

Anyone who hasn’t listened yet, i highly recommend!!! Link in bio! #candaceowens#tpusa#thecandaceowensshow#prageru#turningpoint#charliekirk#trump#maga#alllivesmatter#2a#guns#fixit#blexit#lexit#biggovsucks

A post shared by Conservatives Reality (@conservativesreality) on Mar 23, 2019 at 6:33pm PDT

Owens’ Prager U podcast premiered on March 3, 2019, and new “in-depth conversations” are released every Sunday.

“In a world of women who aren’t afraid to ‘go there’ on tough issues, the LadyBrains Podcast stands out as a tight group of friends who navigate difficult topics — but not in a traditional way,” the Ricochet podcast description reads. 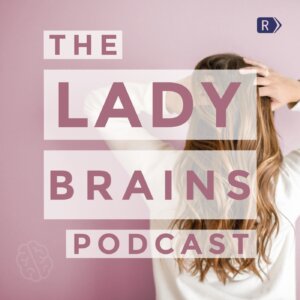 The “LadyBrains” ladies discuss everything from managing mental health during a pandemic to gardening tips, while also sharing anecdotes that range from ambitious hiking trips to what life really looks like in North Korea.

7. “Not Your Average Feminist”

“Not Your Average Feminist” was started by women who wanted to join the momentum and volume of the feminist movement but couldn’t stand for the ideology.

“We don’t buy into all the progressive policy ideas that today’s so-called feminists ascribe to,” the Apple Podcasts description reads. “We don’t believe we’re tragically oppressed by the patriarchy, and we’re not into shaming other women who don’t vote the same way we do. News flash: Not all women think alike!”

Hosts Amanda Elliott, Christina Powell and Sarah Curran get together and share their own perspectives on feminism, pop culture, society and the condition of American women within the context of current events.