Clemson has parted ways with men’s basketball assistant coach Steve Smith after his voice was heard on a federal wiretap involving defendant Christian Dawkins on the ongoing trial into college corruption.

The video from 2017 included Smith commenting about why Clemson’s football team is so successful and Dawkins telling Smith he could help get cash to the family of former Duke star Zion Williamson if he had chosen to attend Clemson.

Not at all surprising move: Clemson fires Steve Smith after his FBI hoops probe comments were widely seen as tarnishing the football program, etc:https://t.co/MM3P1BMyt0

Smith was scheduled to have his contract renewed at a board of trustees meeting last week until he was heard in court talking with Dawkins and an undercover FBI agent about several things, including why Clemson’s national championship football program is so successful.

Smith said in the July 2017 video, “If you do it and use resources at Clemson, like you can really keep everything tight.”

Later in the video, he said, “It’s a small college town. You can come to a game one night, after the game, you seed a dude out there in a nice looking suit, you like, ‘Wait a minute now.'”

Clemson started a review of its football and men’s basketball programs after the wiretap was played in court.

“We feel very strongly that those were unfortunate comments and we are doing our due diligence, but there is no reason to believe, and nothing that we’ve been able to find at this point in time, that implicates the football program in any of that,” Clemson athletic director Dan Radakovich said.

Radakovich met with Brownell and Smith this week.

Clemson football coach Dabo Swinney told The State newspaper of Columbia at a booster club event that Brownell had reached out to apologize for Smith’s comments.

Swinney was disappointed with the characterization and is proud of how he runs his program.

“We’ve always been a program committed to doing things right way, and we always will be,” Swinney said.

'They have made some improvements. But we note that unwanted incidents still occur,' section head Anne-Johanne Kråkenes said.
By Jack Davis  September 26, 2022

Despite performing tremendously in 2020, the sales for fake meats are dropping precipitously thanks in part to wokeness, insiders claim.
By Michael Austin  September 26, 2022

Bill Maher described the midterm elections as 'sexy' for the first time he can remember saying there is high enthusiasm surrounding them.
By Randy DeSoto  September 26, 2022

A popular automotive aficionado decided to test out an EV truck's towing capacity. The experiment ended in disaster.
By Michael Austin  September 26, 2022

Pfizer vaccine has 100% effectiveness in South Africa? Not quite. And what about all these officials touting vaccination getting COVID?
By Mike Landry  September 26, 2022

Reagan's simple question to voters is especially relevant today: Are you better off today than you were 20 months ago?
By Elizabeth Stauffer  September 26, 2022

In the city that birthed the "Defund the Police" campaign, the relationship between police and residents is divided, with crime rates rising.
By Jared Miller  September 26, 2022

50-Year-Old Woman Buys Revolver, Unexpectedly Puts It to Heroic Use the Very Next Day

This woman acquired a revolver and then the next day used it to defend her home and husband when an intruder came to their house.
By Abby Liebing  September 26, 2022

This Is How Democrats 'Played Us for Fools,' Six-Term GOP Congressman Explains in WJ Special Interview 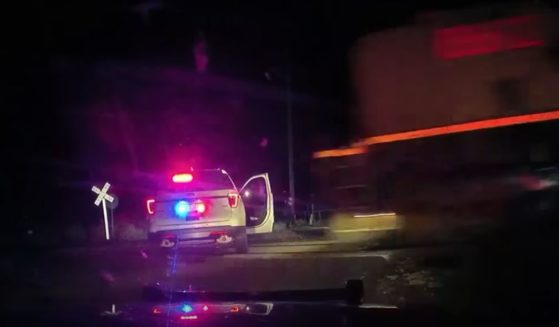 An officer was put on leave after a train crashed into a police car with a detained woman inside. She is injured but expected to survive.
By Carson Choate  September 26, 2022
Next