The latest on a possible attack on London Bridge from The Associated Press (all times local):

London’s Metropolitan Police say that though the circumstances of an incident on London Bridge remain unclear, authorities are treating it as if it is terror-related.

The police acknowledged one man had been shot in the incident that began at 1:58 p.m. on Friday.

Police say that “at this stage, the circumstances relating to the incident at #LondonBridge remain unclear. However, as a precaution, we are currently responding to this incident as though it is terror-related.”

“One man has been shot by police. We will provide further information when possible.”

They had previously reported that several people had been stabbed nearby.

BREAKING: Video shows shots being fired at man with knife on London Bridge. Man has been detained and police are dealing with multiple casualties. Major incident declared.#LondonBridge pic.twitter.com/L3Q8yC5wql

Police say several people have been stabbed close to London Bridge, and a man has been detained.

The Metropolitan Police force says officer were called Friday afternoon “to a stabbing at premises near to London Bridge.”

They say “a man has been detained by police. We believe a number of people have been injured.” 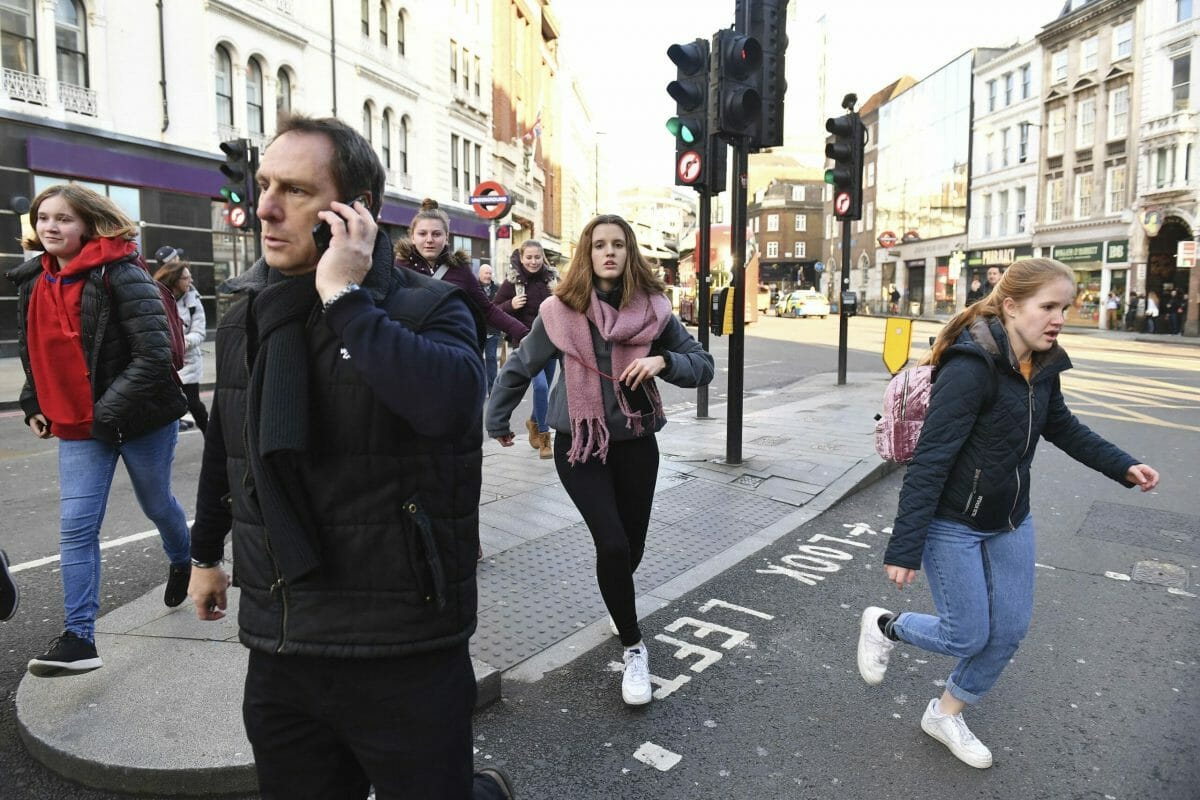 People are evacuated from near London Bridge in central London following a police incident, Nov. 29, 2019. (Dominic Lipinski / PA via AP)

Sky News reported that police had shot the apparent attacker.

The Metropolitan Police force tweeted that officers were “in the early stages of dealing with an incident at London Bridge.”

We continue to assist @metpoliceuk and @CityPolice with the incident at #LondonBridge.

Tubes are not stopping at London Bridge Underground station.

A BBC reporter said he heard shots being fired and saw someone on the ground.