Everybody on the pro-life side is elated right now over the possible demise of Roe v. Wade.

As unabashed pro-life advocates, we get it — we can’t wait for this unjust ruling to get tossed onto the ash heap of history.

We have both been involved in the pro-life space for some time, cultivating many beautiful friendships and some sworn opponents. But no silence is more defining than that of these friends on social media after another black person is murdered with clear racial motives. They are loud about the number of black babies who die at the hands of abortionists, but mute when 10 black people are gunned down in a supermarket.

No noise is more unsettling than a conservative journalist or podcast host beating down your door to use you as a weapon for their predominately white audience, in hopes that you will condemn those who look like you for not caring about the abortion rates in their community and not voting for a candidate with a “pro-life” platform.

Though we may be asked to speak about diversity in the workplace, we are rarely asked to speak on panels about how the disparities in health care affect black mothers giving birth, as well as their children in their first years of life.

It is a peculiar place to be, navigating a polarized society that shoots arrows simultaneously at a pro-black stance and at pro-life values.

When it comes to abortion, both the left wing and right wing have missed the solution. Promoting half-measures and damaging rhetoric will never save lives or ensure that those lives thrive. Addressing this issue requires the conviction, compassion and courage of the whole bird.

Let’s get a couple of things straight: The end of Roe, if it happens, won’t mean the end of abortion. And more importantly, the end of Roe does absolutely nothing to address the root causes of abortion — particularly in the black community, where the abortion rate is several times that of white women.

And if we’re going to talk about the life issue, then let’s talk about the whole picture, including race. Because black women face these hardships more acutely.

Let’s look at the numbers.

If this woman has her baby, she’ll probably have to provide for her child while working — 8 in 10 black mothers are breadwinners. Her job might not provide health benefits, especially if she’s one of the 28 percent of employed black women working in the service sector. Child care will be expensive — if she can find it. She might be among the nearly one-third of black single mothers who live under the poverty line.

So, when we look at the abortion rates in the black community and we ask why they’re so high, the question we need to be asking instead is this: Why haven’t we sought to relieve these women of the burdens that drive them to abort? Why aren’t we talking about ways to empower them, to help them care for their children, to give them security? To give them real alternatives to abortion?

Fellow pro-life leaders, please listen to us as we tell you: If we want to end abortion, we can’t stop at Roe. We can’t stop at legal restrictions on abortion. We have to address the despair, racism and fear that are behind so many decisions to abort.

And we’ll need solutions — a stronger social safety net, economic opportunities for vulnerable women and communities that rally around scared pregnant women. Communities where families, neighbors, churches walk with women facing unexpected pregnancies and don’t ignore them while arguing about pro-life laws. We have to intentionally dismantle a host of unjust, ingrained pathways of racism.

In short, we need to have a conversation about what a holistic pro-life ethic looks like.

This is going to take some hard choices. People may have to rethink their political ideologies or economic worldviews if we’re going to be serious about a society that supports mothers, where families of all races can thrive.

But it will all be more than worth it. Because our goal isn’t only to rescue the lives of the preborn. We cannot save women by the blood of their children, and we cannot save the unborn by sacrificing their mothers. 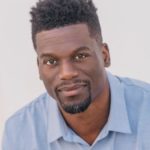 Benjamin Watson
Benjamin Watson is a former Super Bowl champion and NFL tight end. He is the current vice president of strategic relationships with Human Coalition, a pro-life organization that operates several telehealth and in-person women’s care clinics.
Op-Ed: The End of Roe Is Only the Beginning of Our Fight
See more... 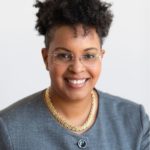