Why should you be interested in the best conservative conferences of 2019? Well, for the same reason why fans of the Grateful Dead would hit the road and attend each and every concert Jerry Garcia and company put on.

Founded in 1973 by the American Conservative Union, the conference has been at the forefront of the conservative movement for 45 years now. And it’s been historic from the beginning — consider the fact that its first keynote speaker was Ronald Reagan at a time when the idea that a former governor could become president seemed almost insane to many people.

TRENDING: Bernie Turns on Dem Audience After Getting Booed Over His Pro-Cuba Comments

The conference is probably best known for its presidential straw poll, held in years where the nomination is an open question. That doesn’t mean that winning it does anything for your career — its only four-time winner is Mitt Romney, who’s won a grand total of zero presidencies. His only real competition during that period was Ron Paul, who also didn’t exactly have a chance of ever winning the nomination. Donald Trump, meanwhile, never got more than 15 percent — and we know how that ended.

It’s not just about speakers, either. “The four-day conference begins with Activism Boot Camp, an unparalleled initiative that brings together the finest conservative organizations involved in activism training and campaign management,” the CPAC 2019 website reads. “The remaining three days of the conference unite the political leaders of the conservative movement with the people who make up the movement.”

The dates for the 2019 event are February 27 through March 2. General registration tickets are $300, although seniors and veterans get in for $150 and students for $85. Of course, if that’s too cheap for you, the Gold Package goes for $5,000 and the Silver Package for $1,600. Whatever you’re paying, if you’re serious about conservatism and raising your activism to the next level, CPAC is the place to begin. It’s definitely going to be one of the best conservative conferences of 2019, if not the best.

The Colson Center has been one of the foremost voices in the intersection of Christianity and culture. Founded by Charles Colson, the convicted Watergate figure who underwent a personal transformation while in prison and dedicated his life to the gospel, the Colson Center Wilberforce Weekend bills itself as “an annual gathering to equip Christians in Christian worldview and cultural renewal.”

The May 17-19, 2019, event will focus on the theme “Is Christianity still good for the world?” Colson Center President John Stonestreet is the foremost among the speakers confirmed for the 2019 event so far. Pastor Chris Brooks, Christian singer-songwriter Josh Bales and Dr. Bill Bryan — who led Christian higher education institutions Bryan College and Cedarville University — are confirmed as speakers, although more are yet to come. The event hopes to “make the case that just as the rise of Christianity made a positive difference in the world in the first centuries after Christ, so is Christianity making a positive difference today in the lives of individuals, in institutions, and in the culture.”

For those of you who are looking for something that’s decidedly focused more toward a Christian worldview from those inside, the Wilberforce Weekend is definitely for you. Early-bird tickets for the event run at $300.

RELATED: 'F*** the 2nd Amendment': The 18 Most Idiotic Sayings Trump Protesters Are Clinging to in 2020

This one might be a little tricky for novices. It’s an invite-only event — although if you’re an activist and you’ve attained some degree of prominence, it’s certainly an event to consider. But, hey, if you want to say you went to the best conservative conferences in 2019, getting into an invite-only event is certainly one way to back that up.

“Resource Bank is the place, once a year, where think tank leaders, policy experts, influencers, donors, and activists in the conservative movement come together to share the lessons they’ve learned in the battles for freedom,” the website reads.

And mind you, it is quite the place for influencers, experts, and activists. The guest of honor in 2018 — the winner of The Salvatori Prize for American Citizenship — was Tucker Carlson, who gave a rousing speech for the occasion.

In other words, it’s a good event if you’re already a mover and shaker in the world of conservatism. So, if you can be in Arizona in late May and you’re looking to up your game a bit, send an email to Resource.Bank@heritage.org. Who knows? You could be rubbing elbows with some other very big names out in the desert. 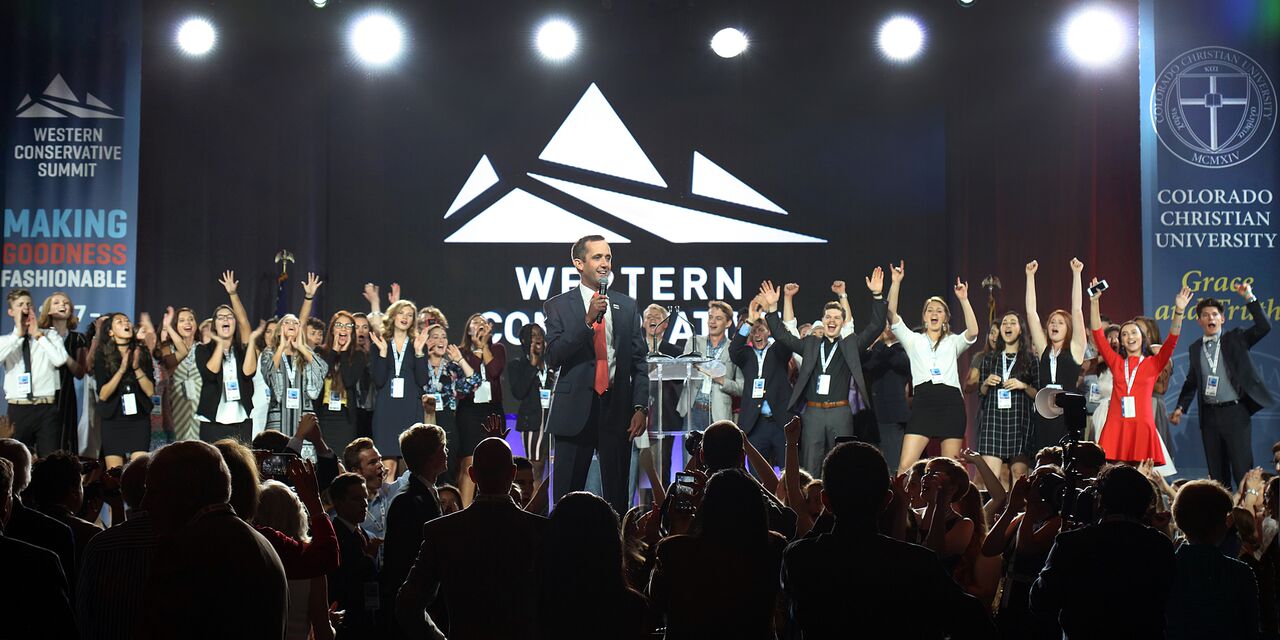 If you live in the western U.S. and you can’t make it out to CPAC, the Western Conservative Summit may be the conservative conference for you. In fact, you could almost call it CPAC West given the robust lineup of speakers and events. The event is put on by the Centennial Institute at Colorado Christian University, and the rostrum is quite impressive — as you would expect from the “largest gathering of conservatives outside of Washington, D.C.”

Given that the 2018 event just wrapped up, it’s too early to give any dates or speakers for 2019. However, given that this year’s event took place June 8 and 9, it’s a pretty safe bet to cordon off a weekend around that time next year if you want to attend.

It may not have been around as long as CPAC, having only started in 2010. It still features much the same atmosphere, however. Workshops are again part of the deal — this year featured a selection as diverse as “Don’t Let Hollywood Win the Culture War Without a Fight” to “Millennial Engagement Panel: Selfies, Sharing, and Searching for a Purpose” — and a gala dinner in honor of William L. Armstrong, the late former president of Colorado Christian University. There’s also an under-30 speech contest and plenty of exhibitors.

Oh, and it’s a Samantha Bee-free zone. After Bee ran a piece mocking attendees in 2016 and her recent, um, incident, Bee was denied credentials to the 2018 event at the last minute.

“Instead, they bullied and harassed our attendees. Conservatives are tired of being mistreated by the liberal media. Shows like ‘Full Frontal with Samantha Bee’ are not intent on reporting but bullying and shaming conservatives.”

I suppose you can probably avoid Samantha Bee other ways, but you can be guaranteed not to spot her at the Western Conservative Summit. Passes range from $50 to $500, depending on how much of the event you want to attend. Discounts are available for active military, veterans, clergy, under-30s, seniors and educators. High school juniors and seniors can attend for free — so, if you’re a young scholar like I was, the Western Conservative Summit is a very attractive (and cheap) way to spend a June weekend. 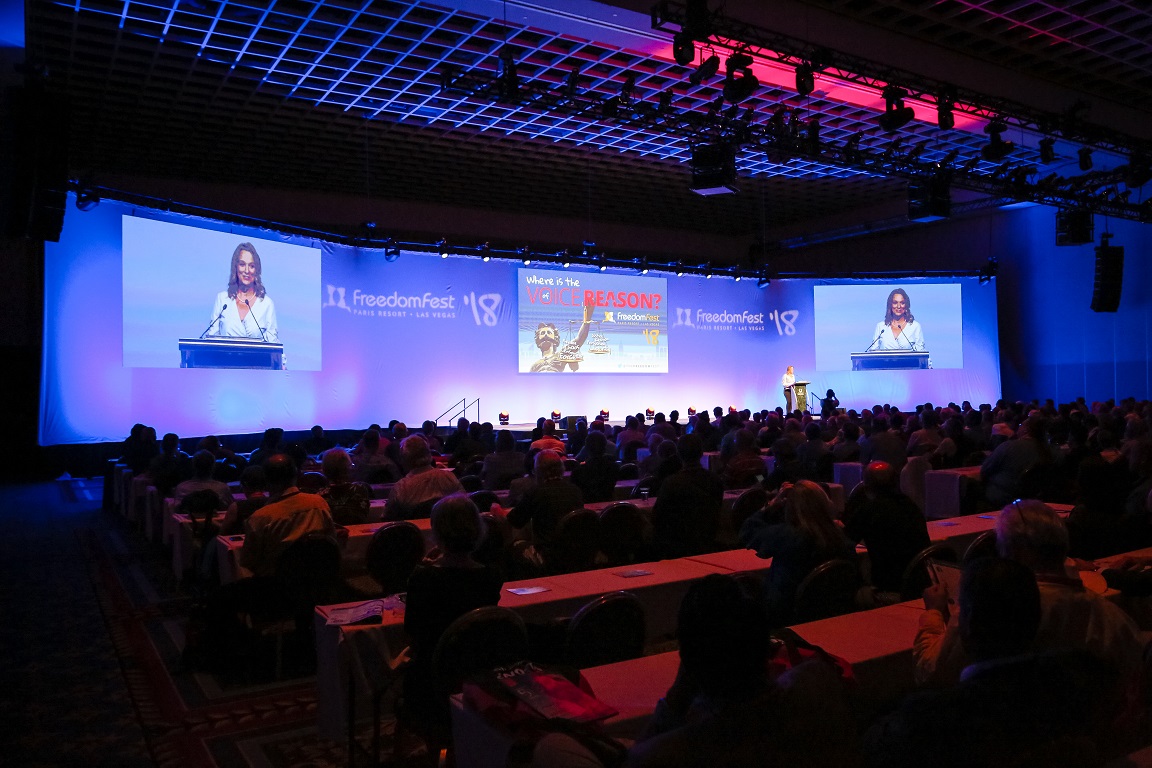 If you’re looking for a conservative conference that’s more libertarian in flavor, FreedomFest is probably your best bet. Just the location — Sin City, USA — should tell you that this is going to lean more toward the Ron Paul in the Republican Party than it will the Mike Pence element. The fact that about half the staff on Reason Magazine — including editor and legendary Washington gadabout Nick Gillespie — was on the speaking roster for 2018 should be a tipoff. Other libertarian favorites like Kentucky Republican Rep. Thomas Massie and Fox Business host Lisa Kennedy were also on the roster, and the likelihood of a similar lineup next year puts this on our radar as one of the best conservative conferences in 2019.

It’s still worth attending even if you’re more of a traditionalist conservative, though. Don’t take my word for it, though. Take Floyd Brown of The Western Journal, who’s quoted on their website as saying: “I don’t go to many conferences anymore but I love to come to FreedomFest. This is my 8th in a row. People ask, ‘why do you go?’ It’s always a treat for me to listen and meet people from all around the world in different professions — academics, journalists, politicians, etc. I wouldn’t miss it.”

Of course, you can take the word of other luminaries who aren’t involved in the organization that I work for. “You libertarians know how to have a good time with dancing, skits, mock trials, magic acts, yoga, silver dollars, and fun debates, all in the world’s most laissez-faire city,” Lee Edwards of the Heritage Foundation said. “It was incredible.”

As you can tell, this is going to be a bit looser than other conservative conferences will be. It’s still a serious event, though, and one dedicated specifically to the idea of freedom from government in an era where the encroachment of the state seems increasingly difficult to fight back. The event just wrapped up its most recent edition, which ran from July 11 through 14, but you can expect roughly the same time frame in 2019.

Speakers aren’t just libertarians, of course. George Will was the highlight of the 2018 event, although it was a pretty diverse group out in Vegas. Judge Andrew Napolitano, Harvard Law’s Alan Dershowitz, radio host Larry Elder, National Review editor Rich Lowry, Whole Foods founder John Mackey and Grover Norquist of Americans for Tax Reform, in addition to pretty much everyone from Reason Magazine who was free that weekend.

As for price, it’s a bit more expensive than other offerings — $695 for the full package, although there are discounts for individual portions of it. However, it does have the advantage of being at the Paris Resort. If you like intellectual eclecticism, plenty of precious metals vendors and mock trials, not to mention an incredible lineup of speakers, this is your event. 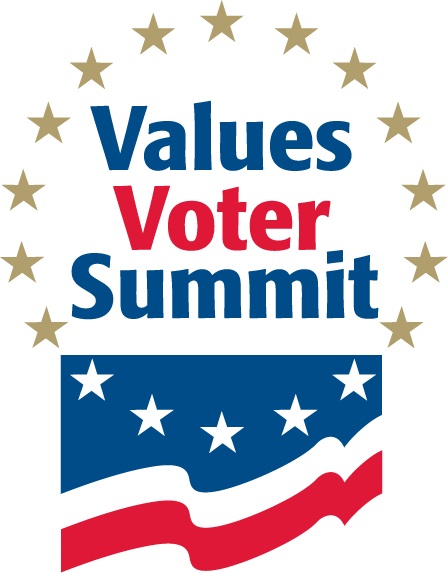 We close with an event that’s definitely on a different end of the conservative spectrum than FreedomFest: the Values Voter Summit is a conservative conference “created in 2006 to provide a forum to help inform and mobilize citizens across America to preserve the bedrock values of traditional marriage, religious liberty, sanctity of life and limited government that make our nation strong.”

The keynote speaker in 2017 was President Trump — the first sitting president to address the summit. He’s been invited back to the 2018 edition, as has Vice President Mike Pence. (You can actually still catch this one if you want to as of July 26. It takes place on Sept. 21-23, 2018, and only costs $129 for pre-registration, or only $50 for students.) Trump hasn’t confirmed yet, but a rather impressive number of individuals have.

As for the invited guests who could be there (we make no promises), there’s a who’s who of Trump administration figures; Kellyanne Conway, Dr. Ben Carson, Nikki Haley, Mike Pompeo and Sarah Huckabee Sanders could all be appearing. Lawmakers invited include Rep. Steve Scalise, House Speaker Paul Ryan, Gov. Greg Abbott of Texas, Gov. Matt Bevin of Kentucky, and Sen. James Lankford of Oklahoma.

Pundits could also be well represented; Tucker Carlson, Sara Carter, Diamond and Silk, Mark Levin, Michelle Malkin and Phil Robertson could also be attending. Any number of these would easily put this among the best conservative conferences of 2019.

There are the usual breakout sessions, which will focus on everything from Iran to gender ideology. The venue is the Omni Shoreham Hotel — a swanky hotel close to the Smithsonian Zoo and the always-trendy Adams Morgan neighborhood in Washington’s Northwest section. As for 2019’s event, we can’t tell you exactly what it will involve, only that we would assume it would just as great a conservative conference as it’s going to be in 2018.

There are, of course, plenty of other conventions — some larger, some smaller — that you can find across this fruited plain. If you’re looking for which conservative conferences to attend, though, this isn’t a bad place to start. It’s got some picks for novices and some for the seasoned activist. And, hey — if you know something you think people should know about, there’s always the comments section to let us know! Happy conferencing!