During the third Democratic presidential debate, Robert Francis O’Rourke, inexplicably known as “Beto,” finally revealed his campaign platform to the American people. After many months on the campaign trail and nearly as many resets for his failing campaign, Beto has taken Eric Swalwell’s spotlight, calling for a total ban on everything.

If there’s something you like, Beto is probably looking to ban it, in an attempt to secure the radical “Cancel Culture” vote. When it comes to your guns and your Second Amendment rights, this approach is no different.

While many Democrats have attempted to toe the line on gun control, pushing phrases like “common-sense” gun control in an attempt to draw support from moderate voters, Beto has decided he is done with any sense of rationality.

During the debate, Beto revealed his true feelings, resembling that of a communist dictator, saying, “Hell yes we are going to take your AR-15 …” — a stance which has now been endorsed by Democratic presidential candidates Cory Booker and Kamala Harris.

For years, Democrats have tried to push the false narrative that they don’t want to take away your guns. Rather, they just want to install “common-sense” practices.

In 2018, even Beto was pushing this narrative, saying, “if you purchased that AR-15, if you own it, keep it, continue to use it responsibly.”

But, with one anti-climactic outburst, that narrative has fallen apart.

Beto admitted that he, along with his colleagues, are looking to take your guns and infringe upon your Second Amendment rights.

He told the dirty little secret that has existed within the Democratic Party for years now, but no one has been willing to say.

It’s not “common-sense” gun control, it’s not a chance to voluntarily turn-in your guns, it’s not even a mandatory buy-back — it’s nationwide confiscation by force.

It’s the same outright government tyranny that the Second Amendment was created to safeguard against.

Not only is this notion tyrannical in nature, it is simply not feasible for multiple different reasons.

First, from a legal standpoint, the concept of confiscation has been clearly addressed in the Supreme Court ruling of D.C. vs Heller, which affirmed the right of the individual, not just a collective militia, to keep and bear arms. Confiscation of all AR-style weapons would be a clear violation of the SCOTUS ruling in Heller.

Second, there are an estimated 15 million AR-style rifles in circulation in the United States. So, while Beto continues to pander — saying “hell yes” he’s going to take away your guns, he has no real plan to do so.

Related:
Bob Ehrlich: Polarization a Result of Policies, Not Partisanship

Even if an authoritarian leader hell-bent on tyranny was able to bypass the legal hurdles, the amount of manpower that would be required to complete such a task is unattainable.

Lastly, AR-15s are the most popular rifles in America used for competition, hunting, and most importantly, home defense. Banning these rifles will only leave law-abiding Americans defenseless and won’t solve the violence issue.

The truth is Beto, along with the rest of the Democratic Party, doesn’t have the slightest idea of what guns they are seeking to confiscate.

They simply want to confiscate the guns that they so ignorantly think look the “scariest,” failing to understand that the look of the gun has virtually no impact on the power, range or fire-rate of the weapon.

The idea is tyrannical and unfeasible, and it reveals a core tenet of the collective Democratic Party ideology: that the government can decide what is best for the people, better than We The People can decide what’s best for us. It’s the exact opposite of representative government.

Once we give up one right, soon the others will follow — especially in the case of the Second Amendment, without which we would not be able to ensure and protect the others. 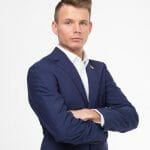 Ryan Fournier
Ryan Fournier is an American political commentator who founded Students for Trump in 2015. As the co-chairman of Students for Trump and Turning Point Action, Ryan leads a national student mobilization effort which seeks the re-election of President Donald J. Trump.
Beto Reveals the Democrats' True Agenda
I Am an NRA Member, NOT a Terrorist!
See more...
Advertisement

Embattled Rep. George Santos Steps Down from Committees Hours After Meeting with McCarthy

“I think it was the appropriate thing to do and I was proud of him for getting up and doing this," Rep. Tom Cole said.
By The Associated Press  January 31, 2023

Adam Schiff's time in the spotlight is over, and he's become as irrelevant as he was throughout his first 15 years in Washington.
By Elizabeth Stauffer  January 31, 2023
Next