Joe Biden isn’t the only Democratic presidential candidate who’s tacitly or explicitly blaming President Donald Trump for causing the Walmart shooting in El Paso, Texas, in which a man apparently motivated by an animus toward immigrants killed 22 people.

He is the most prominent, however — and among the most vociferous.

Is this hyperbole? Is this dangerous rhetoric during a time when the Democrats seem to be condemning just that thing? Inflammatory?

Heck no, according to Biden. He’s just being “accurate and straightforward.”

Biden said that during a visit to Iowa when he was asked by the Washington Examiner about his recent remarks, including that “fueling a literal carnage” crack uttered earlier in the day during a stop in Burlington.

Biden was unrepentant, saying his remarks didn’t add to any sort of problem with rhetoric.

“My remarks were accurate and straightforward, the truth,” Biden said.

“I wish I could say that this all began with Donald Trump and will end with him. But I can’t and I won’t,” he added.

“Trump readily, eagerly, attacks Islamic terrorism, but can barely bring himself to use the word ‘supremacist.’”

He added that, “Even when he says it, he doesn’t appear to believe it. He seems more concerned about losing their votes than beating back this hateful ideology.”

Yeah, that white supremacist vote is really going to put Trump over the top. I know so many candidates who go after the coveted David Duke demographic.

It’s hard to tell whether Biden takes his own rhetoric seriously, although it’s certainly been consistent enough since the El Paso shooting to make it seem plausible that he’s at least convinced himself his nonsense is “accurate and straightforward.”

RELATED: The Supreme Court Could Soon Crack Down on NY Gov. Cuomo Thanks to Amy Coney Barrett

When the president vigorously attacked white supremacy in a speech from the White House, meanwhile, this is the tweet that Biden’s campaign put out:

Let’s be very clear. You use the office of the presidency to encourage and embolden white supremacy. You use words like “infestation” and “invasion” to talk about human beings. We won’t truly speak with one voice against hatred until your voice is no longer in the White House. https://t.co/CW3wxxTm2E

“Let’s be very clear. You use the office of the presidency to encourage and embolden white supremacy,” Biden’s campaign tweeted.

“You use words like ‘infestation’ and ‘invasion’ to talk about human beings. We won’t truly speak with one voice against hatred until your voice is no longer in the White House.”

Yes, and until the “accurate and straightforward” voice who’s politicized this unspeakable tragedy to improve his own chances at the White House is there — right, Mr. Biden? 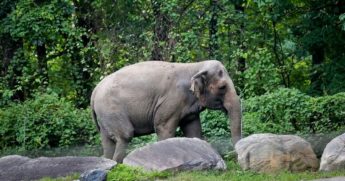