We have a lot of cat-related sayings in our culture: Cat got your tongue. Curiosity killed the cat. While the cat’s away, the mice will play.

But on Nov. 18, it was a 4-year-old boy from Waukesha, Washington, whose curiosity got him playing — and then stuck — in a cat scratching post, according to his mom. Thankfully no boys were injured in the process, but the story has been amusing people everywhere.

In the midst of shutdowns, shutdown warnings and changing holiday plans, Parker Olson has been bringing a much-needed moment of levity to readers with his childish shenanigans.

Mom Cynthia Olson was in the garage when she heard screaming. As any mom would, she rushed into the house to see what had happened. 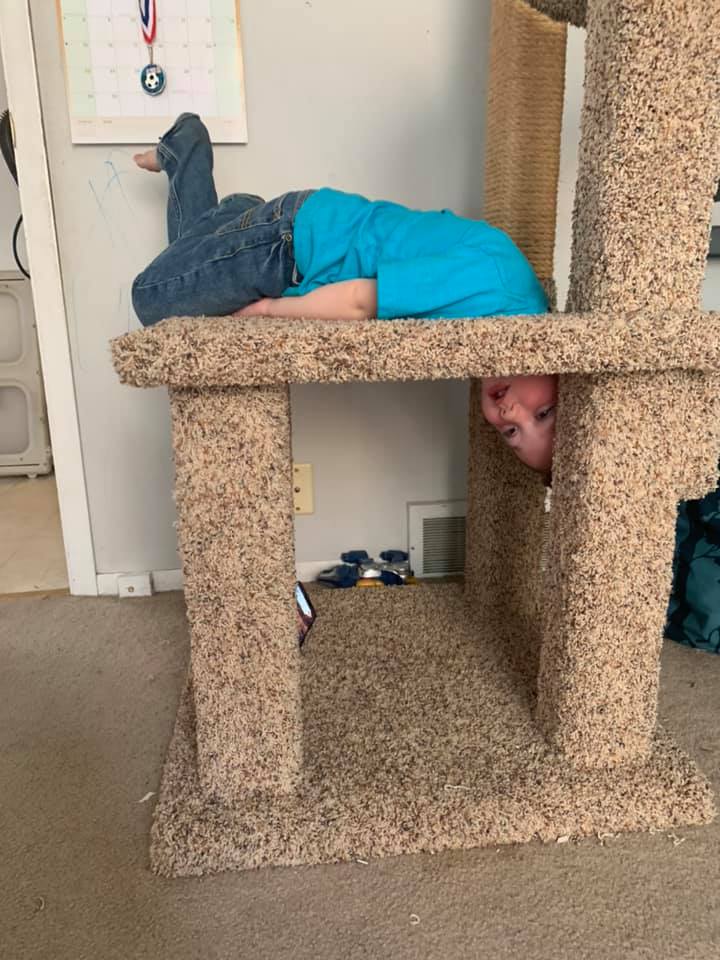 There was her 4-year-old, his head stuck through a level of their cat tree. He was frustrated, but he was fine. Cynthia broke down laughing once she realized her son was uninjured, and eventually, firefighters came to help extract the curious kiddo.

The 911 call was cause for laughter itself, as Cynthia told it. 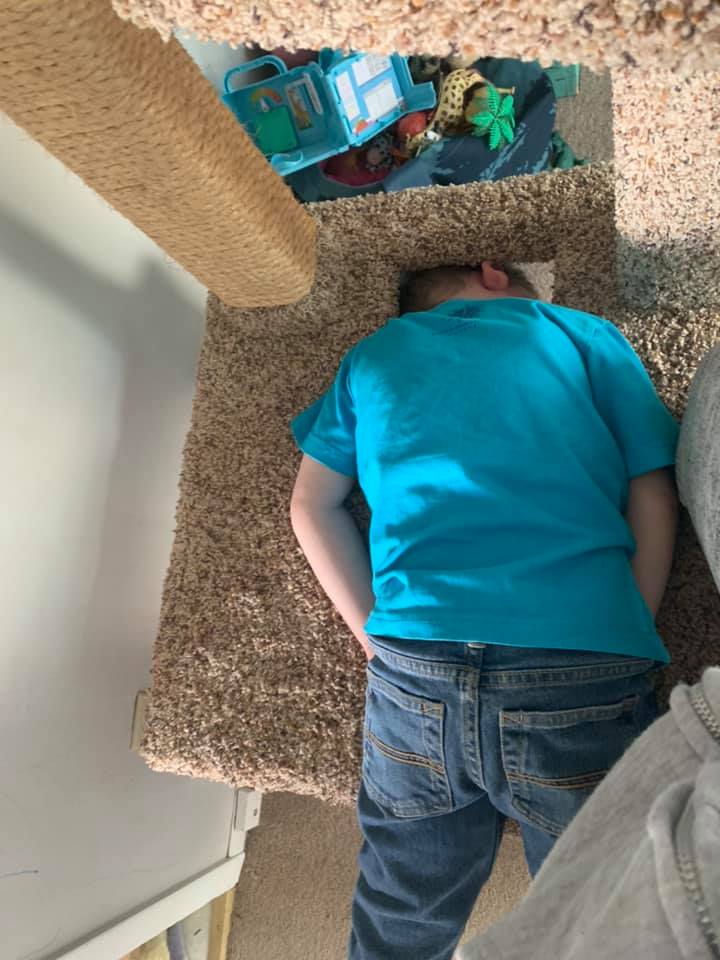 “Of course they’re like, what’s your emergency?” Cynthia told WDJT-TV. “I’m like, well, my son’s head is stuck and she’s like, ma’am, what is his head stuck in? I’m like, um, the cat tree.”

She also generously took photos and shared those photos with the world.

“Not an actual cat but cat related … our son got his head stuck in our cat scratching post today and had to have it removed by the fire department,” she posted in the Catspotting Society Facebook group. “I thought my fellow cat friends would enjoy a little laugh this afternoon!!” 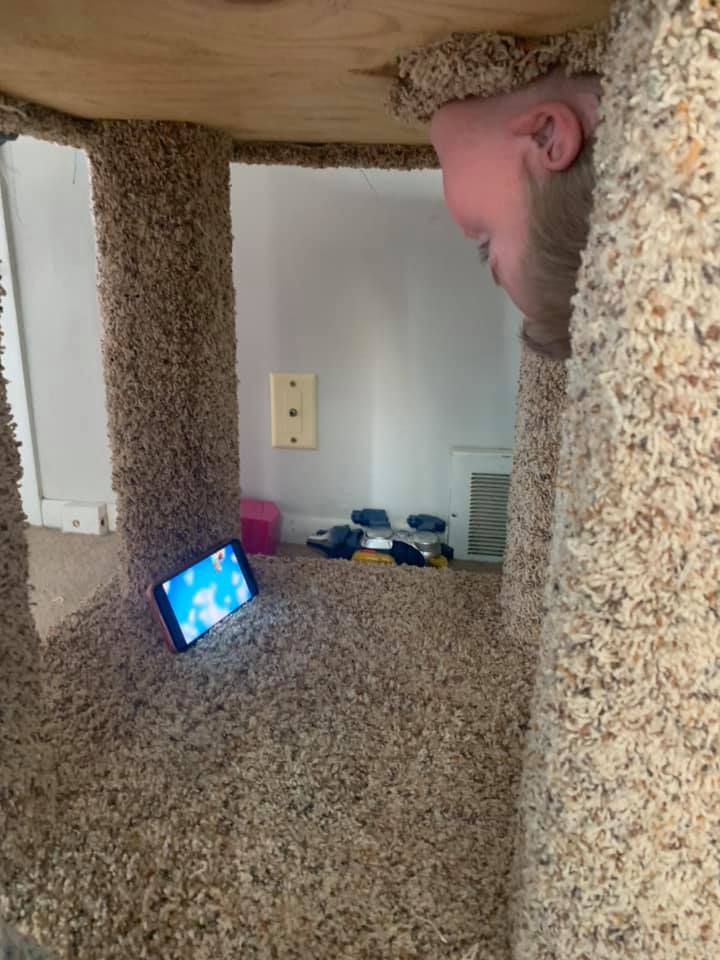 The post and photos of Parker’s predicament went viral, and soon she added an edit to explain the finer points of the situation.

“First I would like to say our son is absolutely fine!” she wrote. “He was not hurt in any way!!!! I tried desperately to get him out myself but I’m a little vertically challenged and could not lift him straight up and turn his head and wiggle it out all at the same time alone.” 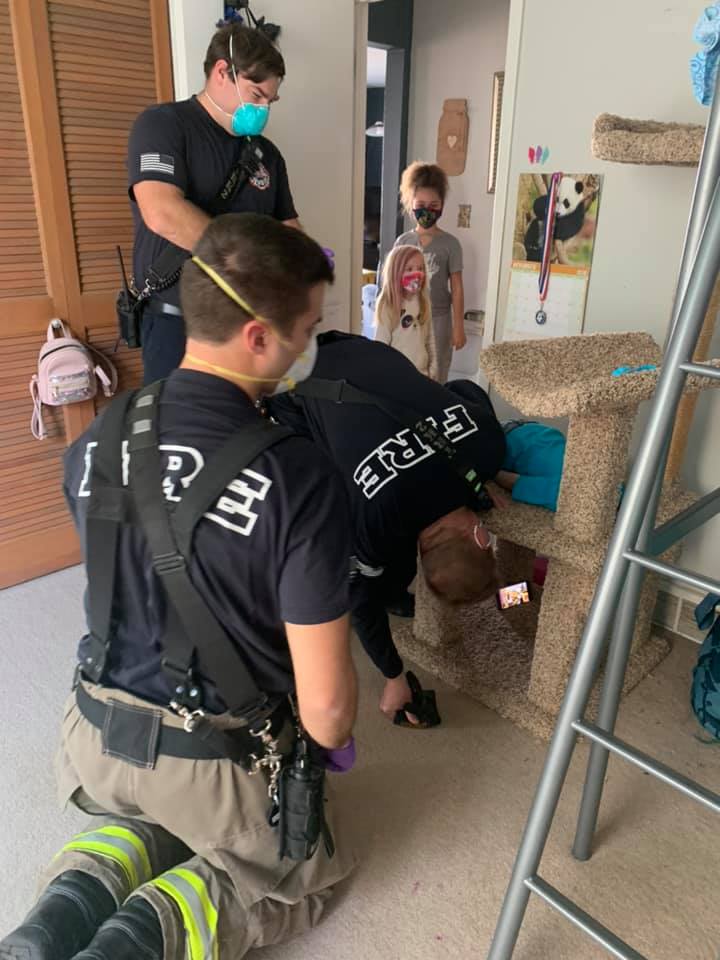 “So I resorted to plan B … (fireman enters scene) And yes [they] laughed the entire time. They did a phenomenal job!! I am sure it made for a much easier and more entertaining call than most they get these days.”

“When they got him out, they held him up and the other fireman was tickling him,” she added. 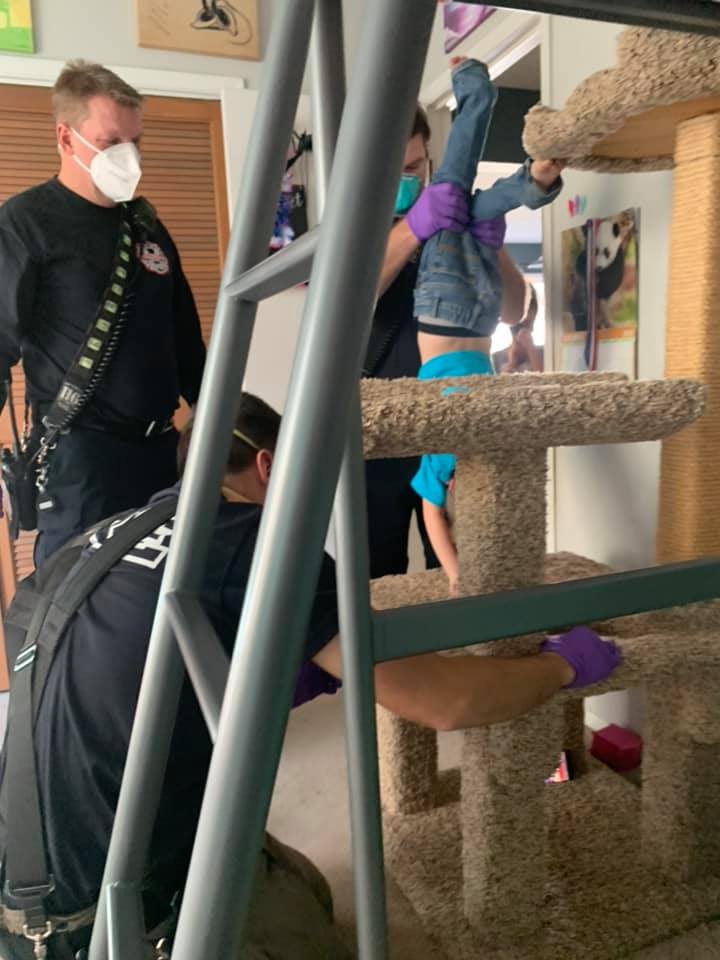 In footage from WDJT-TV, one of the responding firemen confirmed that they rather enjoyed the call.

“[Parker] was all excited to see us, which is good … with the whole pandemic, it was a brighter call to go on,” Benjamin Carl with the Waukesha Fire Department said. “It put a smile on everyone’s face, we all chuckled about it afterwards.”

With over 30,000 shares on the original post, it seems a lot of people are getting a chuckle out of this lighthearted trouble, something that Cynthia is happy with.

“I’m glad everyone gets a good laugh out of our chaos,” she said.