As Joe Biden and the radical left continue to promote the defund-the-police movement, Arizonans deserve to know just how damaging such policies would be on our communities.

There’s no question: The officers involved in the unjust killing of George Floyd must be held accountable to the fullest extent of the law, as President Donald Trump has said.

What is questionable is the use of this tragedy, by Joe Biden and the radical left, to push their partisan political agenda.

Biden recently released the “Biden-Sanders Unity Task Force Recommendations,” calling for Americans to “reimagine policing” — language used by members of the radical left and abolish the police movement. The radical 110-page document includes policies that will lead to the cutting of funding for police and the elimination of U.S. Immigration and Customs Enforcement.

To make matters worse, Biden will hamstring local police departments across the county by stopping all cooperation with federal agencies on immigration matters.

Combine this with support of sanctuary cities and free healthcare for illegal immigrants, and the United States will become even more of a magnet for illegal border crossings. With the ongoing COVID-19 situation, this added strain on our health care system would become untenable.

Unlike Joe Biden’s weakness when it comes to the rule of law, President Trump understands the important work of the brave men and women in law enforcement and he understands that they serve the most vulnerable in the community.

While radical leftists — whom Joe Biden refuses to admonish — continue to paint police officers as the enemy, most Americans understand that good policing is necessary for a safe, healthy and robust community. As someone who works in law enforcement, and has for many years, I know firsthand the vast range of responsibilities and actions of police officers on a day-to-day basis.

In Arizona, for example, recently released video shows how Chandler police officers helped convince a man to climb down from the railing of the 101 Freeway after threatening to take his own life. In June, Glendale police helped a woman recover stolen money by digging into their own pockets, and by reaching out to other departments and the non-profit “angels on patrol.”

It’s critical for Arizonans, and all Americans, to elect leaders who will put the safety and security of the people they represent first.

That’s why President Donald Trump continues to stand up for the law enforcement community, despite the ridiculous posturing by Biden and the radical left to defund and weaken support for law enforcement.

In June, the Phoenix City Council approved a measure to fully fund a civilian review board to provide new oversight over the police department. Despite concerns that funding for this project would adversely impact efforts to combat COVID-19, Democrats and the radical left chose to prioritize their partisan ambitions over the health and safety of their constituents.

Just like he’s done with the global pandemic, Biden immediately engaged in divisive rhetoric and mistruths following the death of George Floyd and the ensuing unrest in an effort to score cheap political points off of tragedy.

Instead of a message of unity and a call for peace, Biden demonized law enforcement and inflamed racial tensions.

Take Biden’s implicit support for the defund police movement and combine it with his support of sanctuary cities and healthcare for illegal immigrants, and you have a glimpse of what America will become under Biden’s weak leadership.

That’s why Americans supported President Donald Trump in 2016, and that’s why they’ll do it again.

Unlike Biden and today’s Democrat Party — which is controlled by the radical left — President Trump will never cave to the mob, and he will always defend the brave men and women who serve and protect their respective communities with dignity and honor. 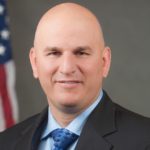