The World Health Organization defended its response to the coronavirus pandemic on May 1 and said that the “world had enough time to intervene.”

In a media conference, WHO Director-General Dr. Tedros Adhanom Ghebreyesus said that because a global health emergency had been declared on Jan. 30, “the world had enough time to intervene.”

At the time, there were only 82 cases of COVID-19 outside of China and no reported deaths.

“To declare global emergency in that situation, I think it says it all. It says it all,” Tedros said.

He described how his team had traveled to China immediately after the emergency declaration to learn more about it.

“We didn’t waste any time,” Tedros said. “I remember then people telling us, advising us not to travel to China because this virus is new, you don’t know how it behaves, you’re putting your life at risk. And we said, ‘No, we go.'”

The WHO also declared COVID-19 a pandemic on March 11 when there were just 121,000 global cases, CNBC reported.

President Donald Trump has been a frequent critic of the World Health Organization’s response to the coronavirus pandemic and ceased voluntary funding from the United States.

“Today, I’m instructing my administration to halt funding of the World Health Organization while a review is conducted to assess the World Health Organization’s role in severely mismanaging and covering up the spread of the coronavirus. Everybody knows what’s going on there,” Trump said during a White House coronavirus task force briefing in April.

A senior administration official told The Daily Caller at the time the decision was made because the organization had failed to do its job.

“WHO clearly failed to do its job, and continues to make serious mistakes that puts our nation’s safety and security at risk, including allowing the reopening of wet markets,” the unnamed official said in a statement to the outlet.

“It shouldn’t be controversial for the U.S. to want to partner with international organizations that will actually protect international health.”

In an interview with Sky News, Dr. Gauden Galea, a WHO representative in China, defended the organization’s early response.

RELATED: International Investigators Arrive in Wuhan to Get to the Bottom of COVID Outbreak

“We only know what China is reporting to us at that period in time,” he said.

He added that China “will have to answer for” claiming between Jan. 3 and Jan. 16 that there were only 41 cases in Wuhan.

“Is it likely that there were only 41 cases for that period of time? I would think not,” he said.

“Is that a matter of difficulty in finding were they getting their act together, is it a question of definition? I cannot speculate. But it would have been during that period obviously some growth would have been happening.”

The WHO has come under fire for a Jan. 14 tweet that read: “Preliminary investigations conducted by the Chinese authorities have found no clear evidence of human-to-human transmission.”

Galea said the WHO suspected there would be human-to-human transmission, but the cases reported and investigations did not confirm that.

As of Thursday morning, there are over 3.7 million cases of COVID-19 across the globe, according to Johns Hopkins.

Inside Attack? FBI Vetting All 25,000 Troops in DC Over Concerns 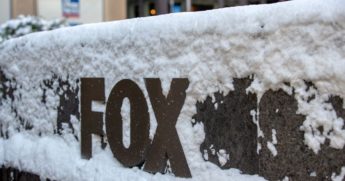