How we react to emergency situations shows our character and bravery. As everyday people, however, we are not always expected to be the hero in a situation.

Usually, firefighters or police officers step up to the task to save lives, but one teen in Ohio has been hailed as a hero for his quick thinking during a bus ride.

Eighteen-year-old Mikese Stevens was on his way to school, listening to music on the bus, when he noticed something was terribly wrong with a neighboring passenger.

“I saw this kid was having a seizure,” he told WFMJ, noting that others on the bus did not know the proper procedure for dealing with this emergency situation.

Stevens, a senior at Chaney High School and Choffin Career and Technical Center learned the rescue technique in his studies of public safety and firefighting.

“I’ve learned in my classes at Choffin that he needed to be on his side,” Stevens said. “I was talking to him, seeing if he was breathing and checking his pulse.”

Although it seemed to help for a moment, the seizures continued.

“I was looking in his mouth and looking in his eyes,” Stevens said, checking to make sure the student’s airway was clear and his eyes weren’t rolling back into his head.

Stevens checked for a pulse every 30 seconds and took care of the students until an ambulance came to the scene.

“I’m very surprised at his reaction that he kept everything calm,” Stevens’ mom, Nathea, said. “Most people would have freaked out.”

“I’m very proud of this young man,” Krish Mohip said. “He jumped right in to help and put what he’s learned in the classroom into practice in real life.

“We’re all thankful that Mikese was there and that he helped another student.” 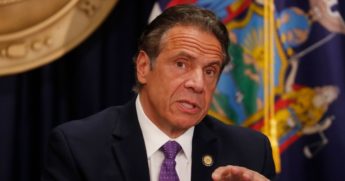