California Democratic Rep. Ro Khanna tilted many heads with his comments regarding small businesses during a CNN interview this weekend.

Progressive Democrats are supportive of more than doubling the federal minimum wage from the current $7.25 an hour to $15 an hour.

Khanna’s home state has a $14 minimum wage due to incremental increases and will go up to $15 next year.

“Abby, it’s absolutely the right time to give working Americans a raise. Let’s look at the facts. Amazon raised their wage to $15 nationally, not regionally. They have more jobs today. It didn’t hurt job creation or business. Target followed. They also did it nationally, more jobs,” Khanna responded.

Phillip pressured the congressman on how small businesses would be able to deal with a pay increase.

“Well, of course, large businesses like Amazon and McDonald’s, for example, can and perhaps should pay more,” she said, “but I’m wondering what is your plan for smaller businesses? How does this, in your view, affect mom-and-pop businesses who are just struggling to keep their doors open, keep workers on payroll right now?”

“I think most successful small businesses can pay a fair wage,” he continued. “If you look at the minimum wage, it increased with worker productivity until 1968, and that relationship was severed. If workers were actually getting paid for the value they were creating, it would be up to $23.

“So I love small businesses, I’m all for it, but I don’t want small businesses that are underpaying employees. It’s fair for people to be making what they’re producing, and I think $15 is very reasonable in this country.”

Any sort of significant increase in the minimum wage, even incremental, would have damaging consequences on businesses throughout the nation.

Lots of small businesses are able to operate with slim profit margins and have struggled throughout the pandemic.

With a minimum wage hike, the restaurant and bar industry would become more crippled than it already is over the past year.

Should the federal minimum wage be raised to $15 an hour?
Yes: 2% (8 Votes)
No: 98% (372 Votes)
Related:
Restaurant Chain Outsources Cashiers, Now You'll Have to Order Through a Nicaraguan Call Center

Khanna clearly does not understand that plenty of young people and lower-skilled workers are able to get opportunities because of a fairly low minimum wage, and an increase to $15 an hour would result in about 1.4 million Americans losing their jobs, according to a Congressional Budget Office report this month.

The worst thing for a recovering economy would be a mandatory wage hike that would negatively impact small businesses.

Democrats love to rage against large companies, but they could withstand a minimum wage increase much better than small businesses.

In September 2020, Cameron joined The Western Journal as a Commentary Writer, where he has written articles on topics ranging from the COVID-19 pandemic, the "Recall Gavin Newsom" effort and the 2020 election aftermath. The "Young Not Stupid" column launched at The Western Journal in January 2021, making Cameron one of the youngest columnists for a national news outlet in the United States. He has appeared on One America News and Fox 5 DC. He has been a Young America's Foundation member since 2019. 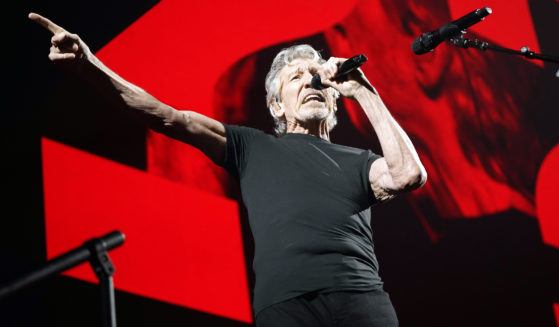 'Wantuch seems to know nothing of my history of working, all my life, at some personal cost, in the service of human rights,' Waters said.
By The Associated Press  September 26, 2022

'Please, I’m going to open the door, but, please, my children are in the home. I have seven babies in the house.'
By Elizabeth Stauffer  September 26, 2022
Next