Hunter Biden’s laptop has been a continual news story and contentious issue for well over a year now.

But in a series of new developments, it seems to be that the emails and files on his laptop were not fake, as many high-ranking authorities claimed.

Originally, the New York Post reported in October 2020 on the content of Biden’s laptop that was discovered at a Delaware repair shop in the spring of 2019.

Particularly, there were dozens of emails found on the laptop that showed Biden’s connection to the Ukrainian energy company Burisma. This raised concerns about the Biden family’s international connections and how Biden may have possibly used his political leverage as Joe Biden’s son in his business overseas.

This kicked off a federal probe into Hunter Biden‘s affairs and prompted the New York Times to start its own deep-dive investigation.

However, soon after the laptop was found and its content reported on, dozens of intelligence officials signed a letter that explained how they believed that the emails and information found on Biden’s laptop “has all the classic earmarks of a Russian information operation,” Politico reported.

The letter did not provide any significant evidence, but 50 top intelligence officials said they were “deeply suspicious that the Russian government played a significant role in this case” and pointed to parts of the story about the laptop that suggested the Kremlin’s hand at work and Americans needed to be wary of that.

“If we are right, this is Russia trying to influence how Americans vote in this election, and we believe strongly that Americans need to be aware of this,” the letter read.

“It is for all these reasons that we write to say that the arrival on the US political scene of emails purportedly belonging to Vice President Biden’s son Hunter, much of it related to his time serving on the Board of the Ukrainian gas company Burisma, has all the classic earmarks of a Russian information operation,” they added.

President Joe Biden himself relied on this letter and the word of these former officials as a political weapon and defense during his campaign.

“Look, there are 50 former National Intelligence folks who said that what this, he’s accusing me of is a Russian plan. They have said that this has all the characteristics– four– five former heads of the CIA, both parties, say what he’s saying is a bunch of garbage. Nobody believes it except him, his, and his good friend Rudy Giuliani,” Biden said in the final presidential debate, Fox News reported.

But, in a new development, the New York Times, which had many of the records of Biden’s, the emails themselves and ears into the federal investigation, did finally admit that the emails are real, not Russian disinformation.

“People familiar with the investigation said prosecutors had examined emails between Mr. Biden, Mr. Archer and others about Burisma and other foreign business activity. Those emails were obtained by The New York Times from a cache of files that appears to have come from a laptop abandoned by Mr. Biden in a Delaware repair shop. The email and others in the cache were authenticated by people familiar with them and with the investigation,” the Times reported.

“In the heat of the presidential race of 2020, the Times never missed a chance to cast doubt on the laptop, saying the information was ‘purported’ and quoting a letter from former Democratic officials who claimed — with no evidence — that it was Russian disinformation. As recently as September 2021, the Times called the laptop ‘unsubstantiated’ in a news story,” the New York Post reported.

So for the New York Times to finally admit that the emails are real is substantial. And it furthermore puts those 50 intelligence officers who claimed it was all a Russian scheme in a very bad light.

This leads to the other questions — primarily: Just who are the dozens of intelligence officers who signed this letter and made these bold claims?

Journalist Glen Greenwald has tweeted about the whole debacle and claimed that those who signed the letter are “standard liars.”

Now that we know “dozens” of former intelligence operatives invented the lie that the Biden laptop was “Russian disinformation” — led by standard liars @JohnBrennan, James Clapper, @GenMhayden — I’m sure media outlets will no longer rely on them to tell them what to say?

Jim Clapper is the first name on the list. He is a former Director of National Intelligence.

Then there’s Mike Hayden, former Director of the National Security Agency and the CIA.

Leon Panetta and John Brennan were also on the list, also former directors of the CIA.

Besides the dozens of other names on the list, these four were in the most prominent positions in their careers.

They also all have a history of lying to Congress.

Clapper falsely testified in 2013 to Congress and told them that the government does “not wittingly” collect the phone records of  Americans, the Associated Press reported.

Clapper tried to smooth it over by saying he didn’t really lie but that “I didn’t lie, I made a big mistake, and I just simply didn’t understand what I was being asked about.”

In 2007 Hayden testified before a Senate committee on CIA detainee policies. Later, those who authored a report on the testimony and fact charged Hayden with misleading Congress during his testimony, the Atlantic reported.

In 2009, when Panetta was head of the CIA, he admitted to concealing “significant actions” from Congress over his previous eight years in intelligence, the Guardian reported.

In 2014, John Brennan was the head of the CIA and after an internal investigation, the CIA found that the agency had been “improperly” spying on Senate staffers, the Guardian reported.

However Brennan had said.  “Let me assure you the CIA was in no way spying on [the committee] or the Senate.”

But the CIA’s own investigation proved Brennan was lying.

“[I]t was hard to conclude anything but the obvious: John Brennan blatantly lied to the American public. Again,” the Guardian reported.

It was these men, the ones who held all the power of U.S. intelligence for years and were willing to lie to Congress about incredibly serious state matters, who trumpeted that the information on Biden’s laptop was fake.

Of course, there were 46 other officials who signed the letter about Biden’s laptop, but these were the most prominent officials.

But with the new evidence from investigations and the long history of these men’s dishonesty with the American people and Congress itself, that letter they wrote in 2020 is now being viewed questionably.

Performing artist and convicted sex trafficker R. Kelly was sentenced to 30 years in prison and given a $100,000 fine.
By Richard Moorhead  June 29, 2022

Running Down Rumors: The Truth About Johnny Depp's Return to 'Pirates of the Caribbean'

A spokesperson for the actor has addressed reports about his returning to the iconic role of Captain Jack Sparrow.
By Maeve O'Brien  June 29, 2022 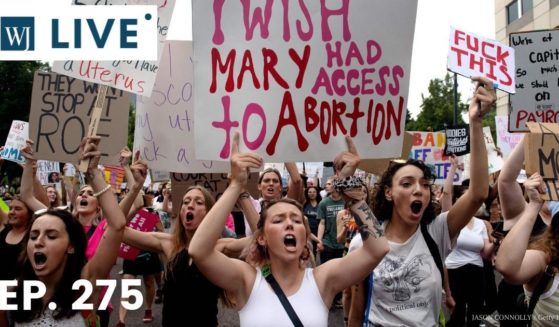 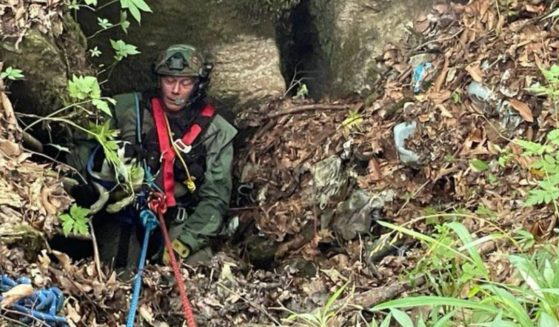 From start to finish, the whole rescue operation took three hours to complete, and the dog was reunited with his owners.
By Amanda Thomason  June 29, 2022 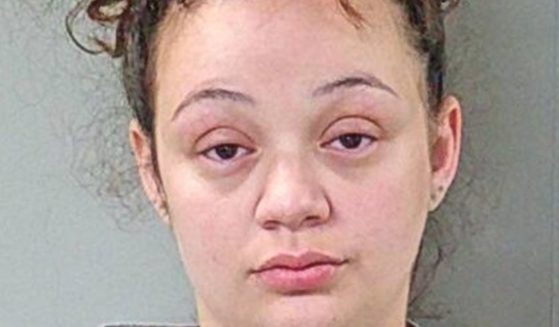 Police said a woman was standing near the SUV, swaying and 'spaced out,' and inside was a half-empty bottle of tequila.
By Amanda Thomason  June 29, 2022 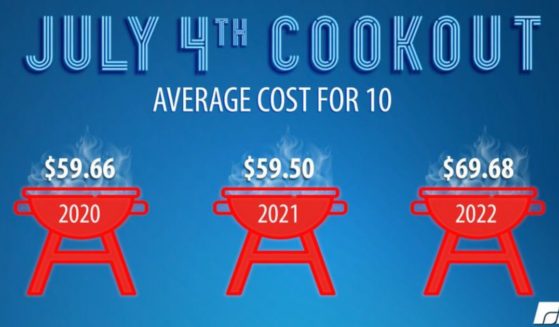 Most of the food prices Joe Biden's administration celebrated last year have now skyrocketed under his inept leadership.
By Grant Atkinson  June 29, 2022 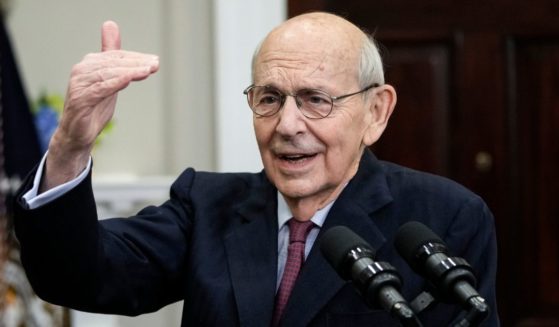 Nominated by then-President Bill Clinton in 1994, Breyer has been one of the court's most reliably liberal justices.
By Richard Moorhead  June 29, 2022
Next