Republicans are bad people with the worst motives.

He claimed the Supreme Court stole Florida’s electoral votes from Democratic candidate Al Gore in 2000 to give George W. Bush the presidency — despite plenty of evidence to the contrary.

We’ve heard it all before. Ad nauseam. So, what’s new this time?

According to Carville, the only possible way President Donald Trump can win re-election is to suppress voter turnout.

“It’s plain as day: Republicans can only win by chilling the right to vote. If all elections were fair, there wouldn’t have been a Republican president since before Bill Clinton,” he wrote.

And what if a handful of these other states remain competitive across multiple presidential elections?

Quite simply, these ratings speak to Trump’s appeal among Rust Belt voters.

The consistency between the 2016 results and the 2020 projections highlights demographics.

One thing that haunts me – swing states like Iowa and Ohio are turning red and many Democrats aren’t even trying to understand why. If you solve for that you beat Trump.

Carville’s Op-Ed itself demonstrates the risk that comes with taking stock in springtime presidential election polls.

He included a Real Clear Politics link for North Carolina polls, listing the state among those that show a Trump deficit.

However, the website linked in Monday’s Op-Ed has added a Civitas Poll showing the president up by 7 percentage points.

In just a few days, RCP updated its North Carolina polling aggregate, nudging the president back into the red at plus 1.3 percent.

When it comes to Florida, Carville presents a disingenuous take when he mentions the state only in reference to the 2000 election.

In 2004, 52 percent of voters cast a ballot to re-elect George W. Bush, a percentage that has exceeded every subsequent general election candidate.

To Carville, the way to stop the GOP’s vote-suppression schemes is to institute something most Republicans view as a danger to democracy — universal mail-in voting.

“Democrats now have power in their hands to fight back,” he wrote. “Democrats: Do not duck your tails and run scared of Republicans’ PR machine. Rather, make expansive voting rights measures a requirement of the next stimulus bill. …

“This is ultimately a Trojan horse to try and create new laws where you require no identification to vote,” Crowder said.

And, if Trump wins re-election in November, the Democrats will recycle excuses.

Or perhaps they’ll just introduce a new one altogether. 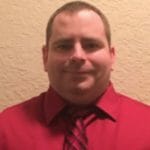