It’s hard to imagine something worse than infanticide, but for the Democratic Party, this appears to be becoming the norm. Consider for a moment, even visualize the scene, described by Governor Northam of Virginia when asked about the consequences of Virginia House Bill 2491 regarding what should be done with an infant who survives an abortion.

It does not require exegetical analysis to understand the meaning of these words. The discussion can only mean one thing: the mother can choose whether the child would live or die, giving her the ability to kill her child.

A few short decades ago, one could only imagine such statements as part of a defendant’s testimony at Nuremberg, Germany. But rather than recoiling at these words, much of the Democratic Party is embracing this position both on the campaign trail and in state legislatures, with similar legislation passed in New York and bills pending in Massachusetts, Vermont and New Mexico. Democratic front runners Bernie Sanders, Kamala Harris, Elizabeth Warren and Corey Booker now openly oppose any legislation that interferes with a “woman’s right to choose” at any stage of pregnancy.

But once one recovers from the shock of this dystopian form of motherhood, one is forced to ask how our culture could degenerate to such a degree that many see this as the norm. In answering the question, one begins to see that late-term abortion is just a symptom of a grave problem: much of America, and certainly the shapers of public opinion, have lost the ability to make moral judgments. They can no longer tell right from wrong. As monstrous as late-term abortion is, it is only one example of what a society without a moral compass can produce in the future.

The ability to distinguish right from wrong requires two foundational competencies: the ability to think critically and an understanding of first principles, both of which have been demonized by the far left.

Critical thinking requires decisions based on verifiable premises arranged in a logical structure leading to a verifiable conclusion: facts, logic and provable results. It is a way of seeing the world as it is and using the tools that distinguish us from other primates to make sense of it. The facts come from two sources. The first is science: we know that certain observations about life are true because when we do certain things we invariably get the same results, over and over again. A leftist academic may argue passionately that gravity is merely a social construct as she steps off a 14th-floor balcony, but the results are predictable. You cannot argue with gravity: scientific facts are realities.

The second source of facts is human experience seen in the study of history, the great religious traditions and the canon of Western literature. In these sources, we find the moral principles that create successful societies and successful lives. Though religion and literature have often been treated with skepticism since the Enlightenment, many of the archetypal patterns of behavior found in these works now find validation in evolutionary biology, psychology and neuroscience.

Unfortunately, our current political discourse is contemptuous of critical thinking. Rather than facing the challenges and opportunities of this century thoughtfully and analytically, most academics and much of the media speak in vague aspirational terms. Phrases such as “social justice,” “women’s rights,” and “black lives matter” are worthy-sounding goals, but their proponents use these terms to address fictional problems with socially destructive solutions that only advance their own interests.

For example, the “equal outcomes” goal of social justice creates a fictional 1940s era of discrimination in the present day and punishes those who have worked the hardest to overcome obstacles. By granting privileges to certain groups irrespective of merit, it is a blatant form of racism. The “equal pay” argument of the women’s rights movement collapses when pay is analyzed on the basis of types of work, hours worked and years of service. Similarly, the fictional racism supposedly pervading law enforcement falls apart when a statistical analysis of shootings by police reveals that proportionately fewer African-Americans are shot or killed by police than other ethnic groups despite higher incidents of violent crime.

In the academy and in the media, bringing these facts to light too often invites condemnation rather than discussion. Instead of meeting objections with reasoned arguments, they are met with ad hominem attacks: accusations of racism, misogyny and homophobia, being the most common. Blind emotion is substituted for reason and absurdity rationalized with good intentions. Anyone familiar with Stalin’s collectivization of the Ukraine, Mao’s “Great Leap Forward” or “Cultural Revolution” can attest to the tens of millions of lives sacrificed to irrational social planning based on aspirational goals that ignore science and history.

But facts and reason alone are not enough. They speak to utility rather than morality. They let us know whether something might work or not but cannot distinguish right from wrong. Eugenics may produce a hardier species of human beings but it is a moral evil, and one of the worst crimes of Nazi Germany. Human beings are not meant to be bred like cattle. Something more is needed to guide the moral compass and that lodestone is found in “First Principles.”

First Principles are basic, self-evident assumptions, propositions that can’t be deduced from any other propositions or assumptions, much like axioms in math and physics. They’re the basics that high functioning civilizations and cultures are built on, ideas that everyone knows are true. Think of them as the foundational ideas that other ideas are derived from. In our Western tradition, these principles as applied to ethics, what we commonly think of as right and wrong, good actions and bad actions, were first articulated by Plato but elaborated upon by his disciple Aristotle.

Aristotle enumerates 12 virtues which produce human wellbeing. These virtues include such things as courage, self-control, generosity, respect, truthfulness and fairness, things that we all agree on as being “good.” He sees them as springing from the human soul or the intrinsic nature of what it is to be human. We see similar virtues in the literature of the Judeo-Christian heritage. A leftist may argue that these are mere social constructions or the oppressive notions of “dead white males” perpetuating a patriarchal structure, but research in evolutionary biology and neuroscience demonstrate that many of these virtues are cross-cultural universal — that much of what we learned in Sunday School or from wading through the Western Canon is intrinsic to what it means to be human and necessary for building high functioning societies.

But Aristotle reminds us that these virtues are not just ideas. They must be practiced and turned into habits. Our Founding Fathers were deeply aware of these principles and the sources from which they came. They created a system that demanded that we act virtuously in order for it to prevail, that we exercise these virtues as participants in public life and contribute to our communities rather than as claimants of privileges, that we use prudence and restraint, logic and facts to foster and protect what has become the freest and most prosperous nation in the history of mankind.

That is why, as horrible as infanticide is, it is sadly the bloody tip of the iceberg that warns us of greater dangers that gave rise to it. Decades of peace and prosperity have lulled us into thinking that the safe and prosperous society that we occupy somehow sprang forth spontaneously and is intrinsic to the world that we live in. It is not.

As the great minds of our Western tradition remind us, as Scripture instructs us, and as our Founding Fathers warned us, it is only by exercising the virtues that come from first principles, living them publicly, participating in the public sphere, advocating for them and confronting those who would destroy them, can we retain what has been created and meet the challenges that confront us. 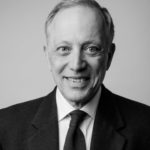 Leonardo Radomile
Leonardo Radomile is a graduate of Harvard Divinity and the Kennedy School where he was a lecturer at the Center for Public Leadership. He now runs a blog at leonardoradomile.com and is engaged in political campaign training for conservatives.
Op-Ed: Why Religion Matters in American Politics
Our Nation: How Do We Turn This Ship Around?
The Democratic Party Has Abandoned Reason and Ethics
See more...
Advertisement

"I believe there are many people that came into the Capitol on Jan. 6 whose civil rights and liberties are being violated heavily."
By Samantha Chang  February 1, 2023

If the Shoe Fits, You Must Acquit

"Coaches always preach to the kids about integrity and those types of things," one of the girl's parents said.
By C. Douglas Golden  February 1, 2023

Prosecutors Say Woman Found Lookalike Online, Then Killed Her to Fake Her Own Death

Investigators said they believe the suspect "wanted to go into hiding due to family problems and fake her death."
By Lorri Wickenhauser  February 1, 2023

CNN Calls in Bill Maher, But It Most Likely Won't Be Enough After Latest Failure

'Topics include news of the day, culture, business, politics, and more,' the network said in a media release.
By C. Douglas Golden  February 1, 2023

"I won't be long-winded; you only get one super-emotional retirement essay and I used mine up last year, so."
By The Associated Press  February 1, 2023

Viral videos of a student beating up her teacher as her classmates gleefully laugh encapsulate the tragic descent of American schools.
By Samantha Chang  January 31, 2023
Next