Himes claimed that Fox News was only covering the issue because of Mississippi’s runoff election for Senate on Tuesday.

“I was on @FoxNews @trish_regan this morning. I was puzzled because they were on fire over the CRISIS of the CARAVAN and the murderous felons and terrorists which had lain totally dormant since Election Day,” Himes wrote on Twitter.

“Then I remembered: Mississippi has an election on Tuesday,” he added.

Himes’ tweet mocking the idea that the caravan is causing a “crisis” came three days after the Mexican border city of Tijuana declared a humanitarian crisis in response to thousands of caravan members overwhelming the city’s resources. 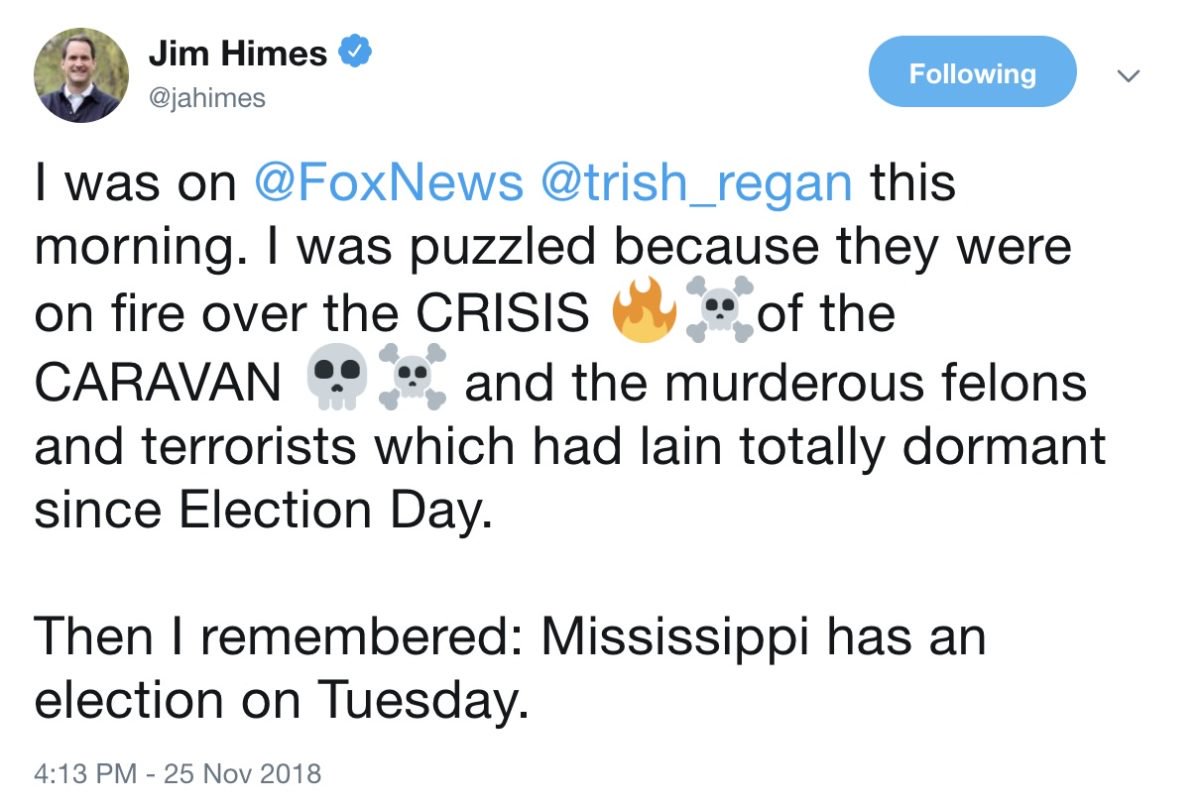 Hundreds of migrants on Sunday rushed the border at the San Ysidro port of entry.

The port of entry connects Tijuana and San Diego, California.

Over 1,000 migrants have stormed past riot police to get to the US border through the Tijuana River #MigrantCaravan pic.twitter.com/bf2ZsLxRqq

U.S. Customs and Border Patrol closed the port of entry in response and used tear gas to disperse the crowd of migrants.

Related:
Letts: Sacrifices of Border Agents Go Ignored - It's Time for That to Stop

They obviously didn't consider that alienating several potential customers might not be a good business practice.
By Peter Partoll  December 4, 2022

America's newest bomber has been unveiled, the B-21 Raider, which pays homage to one of the great air raids of WWII.
By Jack Davis  December 4, 2022

A North Carolina county lost power in apparent acts of vandalism. The action happened the same night as a controversial drag show.
By Carson Choate  December 4, 2022

A leftist organization is suing one of the biggest cities in America in a bid to stop it from cleaning up trash left by the homeless.
By Richard Moorhead  December 3, 2022
Next