It has become a truism that liberal leaders now toe the line in support of taxpayer-funded legal abortion, without such modest limits as requiring parental notice and a ban on late-term abortion.

Previously unopposed measures to guarantee the right to life for infants who survive abortion attempts are now almost uniformly resisted by members of the party that long proclaimed itself the champion of “the little guy.”

Last week, eight-term Rep. Dan Lipinski of Illinois went down to defeat in a Democratic primary launched almost solely because of his pro-life votes. Joe Biden, a longtime supporter of the Hyde Amendment limiting federal taxpayer funding of abortion, has recanted.

Extremism on the abortion issue is now the norm for Democratic presidential candidates. What isn’t as well understood is how this new normal is antithetic to core liberal principles.

Last month, stalwart Democrats like Fordham professor Charlie Camosy and Democrats for Life President Kristen Day said they’ve lost hope for positive change in the party. In a strong New York Post Op-Ed, Camosy wrote that the Democratic Party “gave me no choice” but to get out.

As a right-to-life advocate, I sympathize with their situation. When I arrived in Washington four decades ago, voices for life were distributed evenly across the political spectrum. Party affiliation was not predictive.

Democrats like Jim Oberstar of Minnesota and Charlie Stenholm of Texas and Republicans like Henry Hyde of Illinois and Mark Hatfield of Oregon were equally likely to vote for life.

Now the parties are polarized, but the reasons why abortion violates liberal as well as conservative principles are more important than ever.

Abortion is illiberal because it is a) a tool of misogyny, b) violent, c) rife with disparate impacts, d) harmful to the poor and e) cruel to the disabled.

Each of these attributes of abortion formed a core part of historic opposition to the practice. To 19th century feminists, for example, the misogyny of abortion was plain.

Dr. Charlotte Denman Lozier, the contemporary of Susan B. Anthony for whom our institute is named, turned over to the police a married philanderer who asked her to perform an abortion on his paramour, a young woman named Caroline Fuller. Dr. Lozier refused, according to the feminist newspaper The Revolution, telling the lout “that he had come to the wrong place for any such shameful, revolting, unnatural and unlawful purpose.”

To this day, the response of male partners to an unexpected pregnancy has been repeatedly identified as a primary determinant of a woman’s decision whether to carry a pregnancy to term. On this, pro-choice and pro-life advocates agree. According to the Guttmacher Institute, “lack of partner support” permeates decisions to have an abortion and leads many women to say they had no real choice in the matter.

The violence of abortion is irrefutable. Even accepting the reductionist idea of “control of one’s own body,” abortion is the violent destruction of a nascent body that is individual and distinct.

States that have recently banned dismemberment abortion haven’t faced counterarguments that dismemberment isn’t actually occurring. The still-active late-term abortionist Warren Hern famously wrote of this procedure, in which the developing child’s arms and legs and are grasped and pulled piece by piece through the cervix: “The sensations of dismemberment flow through the forceps like an electric current.”

One doesn’t “dismember” a failing kidney or damaged heart valve. It is a human body that is being pulled apart.

Non-violence was once (and sometimes still is) a core principle of American liberalism, connoting an activism aimed at halting endless wars.

Disparate impact as a legal concept is the notion that a facially neutral policy can have profoundly discriminatory impacts. Typically applied in the context of labor law, a practice can amount to illegal discrimination if it results in even the unintentional exclusion of a disfavored group.

Abortion’s disparate impact on minority groups in the United States is overwhelming. Perhaps not intended today, it is a legacy of eugenic goals among social elites.

As the Charlotte Lozier Institute has documented, state abortion rates among black Americans are up to five times higher than those for whites.  Abortion has cut a particularly large swath through U.S. minority populations.

Abortion is harmful to the poor. Because the practice often reflects a failure of opportunity or perceived lack of alternatives, abortion is concentrated among lower-income Americans. Advocates see this as an argument in their favor.

The truth is that poor women, particularly in a culture that liberates men from responsibility and does not value marriage, do not have an equal opportunity to keep their unborn children. Instead, what they face is a choice of cruel deprivations.

Finally, there is an assault on the disabled. The 6th Circuit Court of Appeals recently heard a case challenging Ohio’s ban on abortions performed for fetal disability. The supposedly “liberal” stance in this case is to strike down the law protecting these ultra-vulnerable kids.

Abortion is the lone exception to the national legal regime that increasingly serves and protects the disabled. As accommodations multiply under the Americans with Disabilities Act, abortions decimate the law’s beneficiaries.

Pro-life Democrats today are among the politically homeless. On closer inspection, they are likely to find more common ground today with pro-life conservatives who have long favored such things as expanding pregnancy care centers, extending prenatal and maternity care and passing bigger child tax credits.

In the meantime, pro-life liberals and conservatives alike need to strengthen each other’s cases for the unborn by insisting that abortion has no place in any of America’s political traditions. 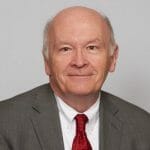 Chuck Donovan
Charles A. “Chuck” Donovan is president of the Charlotte Lozier Institute.
Op-Ed: COVID-19 Has Given Abortion Providers a Terrifying Opportunity, And They're Acting Fast
Democrats Are Driving Pro-Lifers Out of the Party, But It Doesn't Have To Be That Way
See more...
Advertisement

Was it a sign of something bigger? We can't be certain, but the stock market's movement put one liberal claim about abortion to rest.
By C. Douglas Golden  June 27, 2022

'We saw in unprecedented ways that this administration has been overstepping its authority and they've been punishing the American people.'
By Jack Davis  June 27, 2022

In an apparent response to the Supreme Court's decision, a doctor said she planned to withhold treatment from certain patients.
By Grant Atkinson  June 26, 2022

A protester was taken into custody after targeting a police officer with a makeshift flamethrower. Bail was set at $1 million.
By Elizabeth Stauffer  June 26, 2022

The memo on Friday was yet another example that Disney, does not truly care about the safety and well-being of children in America.
By Grant Atkinson  June 26, 2022

A transgender male almost twice as old as some of the girls he competed against won a skateboarding event.
By Jack Davis  June 26, 2022
Next