Conservative writer Devin Sena tweeted a picture Saturday of a healthy unborn baby with the caption: “This is a human.” He added the hashtag “TriggerALiberalIn4Words.”

Twitter chose to suppress the factually accurate tweet as “sensitive material” and warned certain users before they saw it. 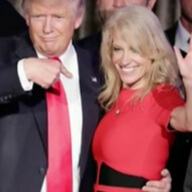 “Upon review, we have determined that the media is potentially sensitive and have labeled it accordingly. There will now be a click-through warning message over the media for users whose accounts are set so they are informed before viewing media that may be sensitive,” Twitter said in an email to Sena that was reviewed by The Daily Caller News Foundation.

The email warned that all of Sena’s future tweets could be permanently suppressed in a similar manner if he didn’t self-censor in the future.

Twitter has consistently censored pro-lifers who use the platform to raise awareness on behalf of unborn babies.

They have yet to be approved.

Other pro-life groups have battled similar suppression from Twitter, which did not return TheDCNF’s request for comment.

Pro-life group Live Action cried foul in 2017 after Twitter demanded it to delete pro-life images, such as fetal ultrasounds, from its Twitter feed and website before allowing the group to run advertisements. Live Action refused the request.

Related:
Kamala Aide's Edited Clip Makes VP Look Like a Basketball Pro, But Full Video Is Now the Most Painful 93 Seconds in the Sport
Do you think Twitter is censoring conservative voices?
Yes: 96% (25 Votes)
No: 4% (1 Votes)

Another pro-life group, the Susan B. Anthony List, was barred in October from running a video advertisement because it used the phrase “killing babies” to refer to abortion.

“No advertiser is permitted to use the phrase ‘killing babies,’” Twitter told the group.

The tech giant demanded that Blackburn remove the reference to Planned Parenthood selling baby parts, but she refused and went on the offensive instead, demanding Twitter apologize for censoring her.

Twitter reversed course after the ensuing backlash and allowed Blackburn to run the ad.

Blackburn’s experience suggests conservatives might — with enough pressure — be able to shame Twitter into softening its censorship of pro-life messages.