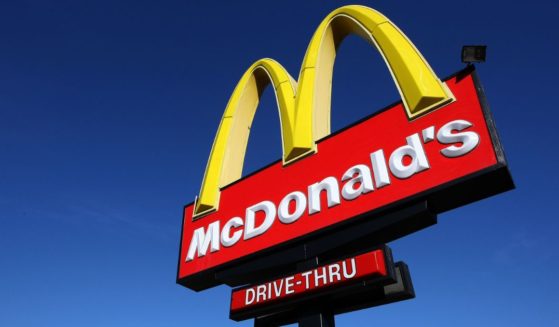 McDonald's Completes Trial of 'Beyond' Burgers, And It's Not Looking Good for the Fake Meat Industry

For months on end, such people have been claiming that teaching critical race theory is akin to teaching the true, racist history of our country’s origins.

They claim that any opposition to intellectually inept ideas like “white privilege” and “systemic racism” is merely political fear-mongering.

Well, one Rutgers professor and pro-critical race theory activist showed the left’s true colors on Oct. 21 during an interview with The Root.

“I think that white people are committed to being villains in the aggregate,” educator Brittney Cooper said.

Trending:
McDonald's Completes Trial of 'Beyond' Burgers, And It's Not Looking Good for the Fake Meat Industry

Cooper holds many of the titles typical of elitist leftist academics — she is a professor of women’s and gender studies and Africana studies at Rutgers University, according to the New York Post.

In her view, individuals should be judged by what racial group they happen to fall into. One look at a white person tells Cooper everything she needs to know.

“You know, their thinking is so murky and spiritually bankrupt about power that they … they fear this really existentially letting go of power because they cannot imagine another way to be,” she said of white people, according to the Post.

“The thing I want to say to you is we got to take these motherf***ers out,” Cooper said, before quickly adding that she “doesn’t believe in a project of violence.”

In general, racial issues in the country are improving in Cooper’s view, but not for the reasons you might think.

She went on to claim that many white people today are “suffering,” which, to Cooper, is a good thing, because “they kind of deserve it.”

“White people’s birth rates are going down … because they literally cannot afford to put their children, newer generations, into the middle class … It’s super perverse, and also they kind of deserve it,” she said, according to the Post.

The professor believes victory for her racial justice movement is close at hand because kids are starting to truly understand the core tenets of critical race theory.

Related:
Tlaib Goes On Unhinged Rant Against Parents Concerned About CRT in Schools: 'Continue Pushing Back'

It is puzzling that so many academics like Cooper, fully set on ushering in racial equality in America, have found themselves spouting such vile and disgusting views.

Psychologist Jordan Peterson, in a speech given during one of his many tours around the country, pointed out the fundamental flaw in the thinking of academics like her.

In Peterson’s view, when people like Cooper judge individuals based on their group identity, those judgments aren’t just wrong; they’re also flat-out racist.

“The idea that there is more differences between groups than there is between individuals is actually the fundamental racist idea,” Peterson said.

He then gave an example of this racist mindset, the exact same kind of thinking that Cooper uses when she looks at white people.

“Let’s say you’re Asian,” Peterson said. “You’re so different from me that there’s no overlap between our groups. And you’re also so different — and there’s so little difference within your group — that, now that I know that you’re not me, you’re not one of mine, I actually know what you’re like.”

“No. Technically that’s incorrect. That’s wrong. That isn’t how you get diversity.”

'I want to say something, to tell him to stop, but I’m so scared of offending him,' she wrote about the creepy behavior.
By Grant Atkinson  August 7, 2022

The eight-time Jiu-Jitsu world champion was shot in the head and murdered following a scuffle at a night club.
By Michael Austin  August 7, 2022

Anne Heche, who was involved in a fiery crash Friday, talked a lot about boozing in a podcast she recorded last week.
By Jack Davis  August 7, 2022

On Saturday, the Israeli Defense Force announced it had eliminated the entire top brass of a Palestinian terror group.
By Michael Austin  August 7, 2022

In a recently released Op-Ed for The Wall Street Journal, George Soros claimed that his actions were improving American criminal justice.
By Michael Austin  August 7, 2022

At the same time that Americans are being smashed by Bidenflation, the Democrat spending bill would unleash the IRS to bleed us all dry.
By Warner Todd Huston  August 7, 2022
Next