Anti-government protests, coupled with the coronavirus outbreak, have taken a toll on Hong Kong’s economy.

Continued American and international support for the status-quo in Hong Kong is needed in order to help ensure that Asia’s financial capital maintains its juggernaut status while leaving the city’s domestic affairs and reconciliation to be handled by its own government.

Hong Kong is important to the United States — and the world — as a major financial, shipping and communications hub and gateway to China, with which it shares close economic ties.

The city, a bastion of freewheeling capitalism, has a thriving and open economy and is among the biggest markets for equity and debt financing.

Hong Kong banks including Standard Charter and HSBC are so strong that they’re even capable of offering billions of dollars in relief measures to borrowers affected by the coronavirus.

With regulations that are favorable to outsiders and English as an official language, it’s no surprise that thousands of foreign companies, including 1,200 U.S. firms such as Google, Apple and Facebook, do business there.

Yet Hong Kong is now grappling with its first recession in a decade, brought on by protracted anti-government protests that represent a challenge to the city’s status quo.

Hong Kong remains an attractive place for U.S. firms, which “appreciate the city’s free-market orientation, transparent legal system and well-established rule of law, which together provide a stable and predictable foundation for growth,” says the American Chamber of Commerce.

A return to stability and growth would make Hong Kong even more appealing to U.S. businesses.

Just as a strong and successful Hong Kong is good for U.S. commercial interests in the region, a weak and contracting Hong Kong is bad for those interests. That’s why Washington should help American businesses to continue to thrive there, and foster strategic relationships with China and the region.

The “one country, two systems” framework keeps Hong Kong’s economic, political and administrative systems distinct and separate from China’s and enables its citizens to enjoy freedoms unknown on the mainland. This framework also ensures Hong Kong’s delicate role as middleman between Beijing, and the American and international business communities.

In recent months, U.S. policy toward Hong Kong and the sometimes violent demonstrations that have rocked the city since last June has been largely dependent on President Donald Trump’s desire to clinch a trade deal with China. The two superpowers signed a preliminary deal on Jan. 15 after being locked in a bitter two-year trade war that upended commerce worldwide.

While Trump considers Chinese President Xi Jinping to be a “friend” at certain times and an “enemy” at others, he has rightfully criticized China’s trade practices as unfair and unacceptable. The much-touted trade agreement will right many of those wrongs, Trump says.

Related:
Op-Ed: As China Prepares for War, Will There Be a 'Sleeping Giant' Left to Awaken in America?

The U.S. position on Hong Kong, in comparison, has been more opaque. Government officials have voiced support for the protesters, but Trump himself has said relatively little.

He initially seemed to support the demonstrators, saying they were “looking for democracy.” But he then called the protests “riots” and said Xi had “acted very responsibly” in handling them — in contrast to a fresh bipartisan call from Washington lawmakers urging Trump to promote more peaceful strategy.

“If [former President Barack] Obama had waffled on the Hong Kong issue as Trump has done, Trump would have zeroed in on Obama and criticized him mercilessly,” John Feffer, director of Foreign Policy in Focus at the Institute for Policy Studies think tank in Washington, said in a January interview.

Yet perhaps strategically, Trump has been particularly careful not to censure Xi directly about China’s reaction to the unrest, even telling the Chinese leader that Washington would tone down criticism of Beijing’s approach toward Hong Kong to revive the trade talks.

Secretary of State Mike Pompeo has denied that Trump was taking a soft approach on human rights to help facilitate a trade deal. Indeed, the State Department has issued strong statements calling on China to “respect Hong Kong’s high degree of autonomy.”

A supportive U.S. outlook regarding Hong Kong is especially important now, as the coronavirus takes a further bite out of Hong Kong’s economy.

Tourism, already crimped by the civil unrest, continues to shrink. The outbreak has led to the grounding of hundreds of flights to and from Hong Kong, the cancellation of events, the closure of attractions and predictions that unemployment in the hotel sector could reach 40 percent.

The coronavirus has sickened dozens and killed at least one person in Hong Kong, and there is “widespread anxiety that the epidemic could last for many months and basic necessities will run out,” The Guardian reported on Feb. 12 — a day after the U.S. said it had authorized government employees and their families to leave the city.

The “one country, two systems” principle gives Hong Kong a fighting chance to beat the current crisis — as it has done in the past. The city was remarkably resilient during the regional downturns in 1997 and 2008, thanks to its strong regulatory environment, sound fiscal policies and international identity.

At the height of the protests last year, Alibaba managed to list in Hong Kong, marking the best performing IPO of 2019 globally.

More recently, the performance of Hong Kong stocks continue to show that investors remain confident: On Feb. 12, the Hang Sang Index closed at its highest level in almost three weeks.

Hong Kong’s chief executive said recently that her city is “open for business,” and American businesses and policy makers should be just as confident.

The city has offered Asia’s most stable commercial environment for years, and there’s no reason that shouldn’t continue in the future. 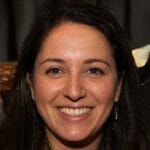