The United States government is reportedly attempting a new level of overreach by issuing “keyword warrants” to Google.

In an attempt to crack down on online criminals, federal investigators are utilizing the so-called keyword warrants to order Google to provide personal information on anyone who searches a specific keyword in their browser — completely breaching an individual’s privacy.

According to Forbes, this type of warrant has been used multiple times in the last five years to track down criminals. However, the method is particularly controversial, as the government is not working with information it already has about potential suspects. Rather, the orders are “effectively fishing expeditions” which allow the feds to review the search histories of anyone who typed in the wrong phrase.

Forbes reported — based on an accidentally unsealed court document the outlet obtained — that in 2019, federal investigators in Wisconsin were searching for a girl who was sexually abused and trafficked. In their manhunt, they turned to Google.

To catch the kidnappers of the victim, the FBI allegedly told the Big Tech giant to provide them with any information on individuals who searched the girl’s name online, the two spellings of her mother’s name and her home address over a 2-week period.

Google reportedly complied with the government’s request, providing any data on Google accounts or IP addresses of people who searched the outlined terms. This was mid-2020. However, there is no knowledge of how many users were targeted in this report, Forbes noted.

The government’s reasoning is this invasive method will bring it closer to finding victims of sexual assault or abuse. By knowing who is searching for a victim’s name online, federal officials believe it leads them closer to the perpetrator.

However, some Americans believe this is an infringement on their First Amendment rights. In an interview with Forbes, surveillance and cybersecurity counsel at the American Civil Liberties Union, Jennifer Granick, told the outlet that she thinks this is a major violation of Americans’ right to privacy and free speech.

“This never-before-possible technique threatens First Amendment interests and will inevitably sweep up innocent people, especially if the keyword terms are not unique and the time frame not precise,” Granick said.

“To make matters worse, police are currently doing this in secret, which insulates the practice from public debate and regulation.”

Americans do not entertain the idea that their government would monitor them without their knowledge or consent without good reason. Based on the reports available, even using the “wrong” word can land you on the federal “naughty” list.

It’s not just Google that is complicit in this violation of privacy. Other tech companies have done similar work to help the government locate potential criminals — and have received similar backlash.

Apple has been working on developing a system to fight Child Sexual Abuse Material (CSAM) by reviewing users’ photos for any inappropriate images through cryptography. The system, originally scheduled to debut this year, prompted numerous complaints from users stating the same issue with Google’s compliance with keyword warrants: It is an invasion of privacy.

Google has ensured users they have nothing to worry about with their privacy. A spokesperson for the company told Forbes, “As with all law enforcement requests, we have a rigorous process that is designed to protect the privacy of our users while supporting the important work of law enforcement.”

However, the statement provides no specifics on which information is protected and which isn’t.

Though it may very well have been in use for years, the method of issuing keyword warrants has only been confirmed in a few cases, according to Forbes. When referencing the 2019 instance, it may have never been unearthed if not for the allegedly accidental unsealing of the court warrant.

If this document was not discovered by Forbes, nor “leaked” by the outlet, there would be very little public knowledge of keyword warrants and the secrecy of the government spying on Google users’ searches may have continued.

Federal employees state that Americans have nothing to fear with these tactics, that they are only used in limitation. But there is no way to independently verify that what the feds are saying is legitimate — and how are Americans supposed to have faith that their government is “here to help” with things like this reportedly happening under the surface?

We have no way of knowing how much the federal government truly knows about the private lives of American citizens. 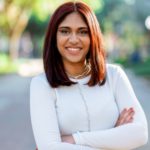 Triplets Enlist in Navy Together, Then Their Dad Follows: 'We're a Package Deal'

A Virginia father and his three triplets are serving in the United States Navy in what may amount to military history.
By Richard Moorhead  February 2, 2023

Man Was Once Successful Banker, Then He Had $80,000 'Dragon' Transformation

Tiamat Legion Medusa paid $80,000 to transform himself into a "genderless dragon," and how he is facing the consequences.
By Michael Austin  February 2, 2023

Despite attempts to discredit the show's first season, Amazon's "The Terminal List" has been renewed for a second.
By Michael Austin  February 2, 2023

Missouri Attorney General Andrew Bailey is taking a stand against woke educators who brought students to a drag show.
By Isa Cox  February 2, 2023

Are we now treating the smallest children as mere property to be transported across state lines for legalized killing?
By Rita Joseph  February 1, 2023
Next