Has it really come to this? Arch-liberal Nancy Pelosi, feeling the heat from a new generation of avowed socialists in her party, is abandoning her last shred of belief in the Constitution of the United States and is joining the socialist revolution rather than fall under its guillotine.

Her swift shift into total obedience of the Che Guevera caucus comes in the form of a drug bill that would force pharmaceutical companies to choose between two roads to oblivion.

In their noble goal to attempt to lower drug prices, they appear to be choosing the path a dictator in a communist country would by dictating to pharmaceutical companies via a government panel what they will pay for their drugs or punitive, by charging unheard-of high fees that would completely wipe out profits and plunge drug firms into economic free fall.

When I first read the reporting on the draft of this bill, released last week, my jaw dropped. To think any elected politician, even a Democrat, would draft legislation like this was previously unthinkable.

The Democratic Party, through Pelosi and her draft bill, is actually telling the pharmaceutical companies if you do not deal with us, which we all know means to accept our prices, Health and Human Services will charge you a fee of 75 percent of the gross sales of the drug in question from the previous year.

Yes, you read that correctly — 75 percent of the total sales from the prior year.

The fee or tax, whatever they want to call it, will be levied on the 250 most popular drugs on the market if the companies will not accept what the government tells them they will pay for their medications.

Remember that the penalty the government would charge these pharmaceutical companies would be 75 percent of gross receipts, not just their profits.

There is no doubt that Pelosi’s bill is designed to force utterly pliant behavior on the part of the drug firms in what she laughingly calls a price negotiation. Standing on the plank with bankruptcy by taxation/penalty in full view, drug companies would have about as much leverage as Wendy, John and Michael on the deck of Captain Hook’s ship.

This proposal is the policy equivalent of Roman gluttony in the age of the vomitorium or in this case “govetorium.” If “taxing” or charging companies this “fee” to the point of possible bankruptcy isn’t enough of a feast for the current crop of Democrats running the show, Pelosi has introduced a second, redundant layer of price controls that subjugate U.S. prices to those set by European single-payer states.

Similarly, while many previous efforts have sought to use the purchasing power as a lever to encourage lower prices, Pelosi’s bill would just make it illegal for anyone else to pay a rate different from the one the government dictates.

Already, Pelosi’s bill is receiving cheerleading from the liberal media that is egregious even in the age of Trump.

“Pelosi Energizes Battle to Lower Drug Prices,” a headline from The New York Times reads. “A draft proposal by Speaker Nancy Pelosi would empower the federal government to negotiate lower prices for hundreds of prescription drugs,” the article continues.

RELATED: John Stossel: It's Time to Throw Out COVID Hypocrites Like Newsom, Lightfoot and Bowser

Funny, generally fees or taxes designed to obliterate an industry are not what some of us consider an effective tool for reducing prices. Typically, taxing or charging a usurious fee of a product results in less of it. If the pharmaceutical companies do acquiesce to Pelosi’s government, there would be no profit for which theses pharmaceutical companies could use for research and development of new drugs.

When that happens, get ready for drug shortages, followed shortly by left-wingers blaming the free market for the problems they introduced and created.

The bigger picture here is the bill is a heat-seeking missile aimed at the drug industry — which, by the way, the U.S. dominates, producing a much larger share of new drugs compared to other nations that killed off their own industries decades back with their own price controls.

But the purpose is less about the companies themselves than paving the way to complete government takeover of health care a la “Medicare for All.”

The health care sector — especially drug companies — is one of the biggest obstacles to Liz and Bernie’s socialist health care dreams. Now it appears Pelosi is openly joining their effort to eliminate the threat.

If you want America to be a socialist nation, this bill is your ticket. For the rest of us, it’s time to stand up and fight this dangerous, left-wing lurch that makes Obamacare look timid. 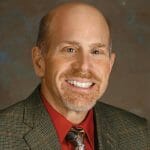 David Renkiewicz
David Renkiewicz is the host of the 'Live with Renk show' and is known as the rock-in roll of talk radio. You can contact him at Renk@townsquaremedia.com and his Renk live Facebook page.
Nancy Pelosi's Drug Pricing Bill Makes Obamacare Look Timid
See more...