The 2019 season of “Dancing with the Stars” premieres in September and promises to include a flashy lineup of celebrities dressed in sparkly costumes showing off their best dance moves.

‘DWTS,’ ABC’s longstanding popular dancing competition, did not have a spring season as per usual this year. After the brief hiatus, fans are eager to see the show swing back into action as anticipation rises with the release of the full cast list.

Season 28 of ‘DWTS’ will feature a variety of actors, vocalists, athletes and television personalities to round out the cast list.

Actor James Van Der Beek, probably best known for his ’90s role in television’s “Dawson’s Creek,” and actress Kate Flannery, who portrayed the comical role of Meredith Palmer in the long-running NBC television series “The Office,” will make their dancing debuts this season.

Two former professional athletes will join the cast, NBA star Lamar Odom and NFL star Ray Lewis — both of whom have already proven they have athletic moves that should make the competition tremble in their tights.

We had a blast at our cast reveal this morning! Who’s ready for a new season of #DWTS? pic.twitter.com/LzZ9PY0HeJ

Vocal stars Lauren Alaina, who rose to popularity as a country artist on “American Idol,” 75-year-old Mary Wilson, an iconic member of “The Supremes,” and former “Fifth Harmony” member Ally Brooke will take their stage performance dancing to a whole new level.

Other television personalities to join the cast include Hannah Brown from “The Bachelorette,” Karamo Brown from “Queer Eye,” and actor and comedian Kel Mitchell in addition to Brinkley and Spicer.

Spicer, who has proved to be the most controversial addition to this season’s cast, seems eager to hit the dance floor, posting on Twitter, “It’s time to have some fun. Excited to join a great cast and show.”

As per usual, celebrity dancers will be paired with professional dancers for their chance to win the coveted Mirror Ball Trophy, but this year, the pairings will be kept a secret until the premiere.

The fresh season kicks off on ABC on Sept. 16.

Kamala Harris' Ancestors Were Slave Owners - Will the Left Cancel Her?

Fred Weinberg: Speaker Pelosi, You're Trying To Rewrite History, But We're Not as Dumb as You and Hillary Think 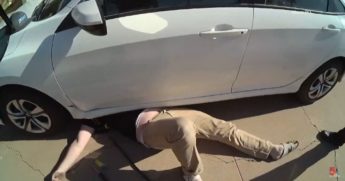