69-Year-Old Man Mauled to Death by Neighbor's Dogs, Cops Find Him on Ground Being Chewed On: Police

The staff of The Western Journal is working a reduced schedule over Easter weekend to allow our employees the opportunity for rest and worship with their families if they so choose. We are republishing this article as a service to our readers, who reacted strongly to it when it first ran.

Sometime around 1999, I heard about the possibility of a catastrophic event related to the year 2000. Supposedly at the strike of midnight, all computer-based technology would misunderstand what year it was, leaving our emerging digital world in the dark ages.

At that time I was serving as the pastor of Alfalfa Baptist Church in a very rural corner of Caddo County in Oklahoma. I spent December 31, 1999, playing board games with my neighbors, completely disconnected from the threat of Y2K.

Some cultural observers talk about this week’s Easter holiday much in the same way I viewed the Y2K scare. They say that this country is far too disconnected from religious belief to be threatened by the 2,000-year-old story of a resurrection. They feel that our culture is disconnected from the threat of being impacted by Easter.

I, for one, do not believe the unbelievers.

Trending:
'This Is Disturbing Stuff:' Biden Lies Straight to the American People with No Care in the World

In fact, I believe that our culture is particularly susceptible to Easter’s 2,000-year-old power and desperate to hear about it. Here is why:

Easter is a bald-faced truth claim.

Our present cultural moment is unique not because people are so easily duped by misinformation and fake news but that we are so self-conscious about it. If there has ever been a nation as thirsty for unadorned truth-claims, there may not have been one as aware of it.

But the truth of Easter is just that. Easter is assailable news. Easter makes its facts vulnerable. The message of Easter has never been an unchallengeable statement like “if you believe deeply enough then you can be a Christian, but if not, it is probably because of your lack of faith.”

Easter says: “Hold me to this. If these things are false, I will go away.”

The New Testament writers make crystal clear claims that Jesus Christ was dead, but only for three days. They not only attested that he resurrected, but they included citations and footnotes for reference (Luke 24:13; Mark 15:21).

Later when the Apostle Paul wanted to highlight the importance of believing Christ’s resurrection, he staked Christianity’s entire case on it. He told the new believers in Corinth that if there is no resurrection from the dead, Christianity is a pitiful, lame hobby.

One of the things that Easter offers that we desperately need is a bald-faced truth: Jesus is alive — and if not, Christianity falls.

This is why Sunday you will gather up as friends and church members along with billions of other Christians in a global effort to celebrate meeting the resurrected Jesus.

Related:
Schumer's Easter Message on Confirmation of KBJ: 'The Stone Has Been Rolled Away from the Tomb'

It is not our faith in the resurrection that is being celebrated. It is Jesus, alive and well.

When we recount to each other the historical facts of his resurrection we are not simply inviting our friends into a collection of optimistic stories about clouds with silver linings. We are inviting them into the best bald-faced true story in the world: “that Christ died for our sins according to the Scriptures, that he was buried, that he was raised on the third day according to the Scriptures.” (1 Cor. 1:3-4)

Brian Bowman is the lead pastor of Valley Life Church in Phoenix. He works to develop leaders within the church family and supports the planting of other churches. 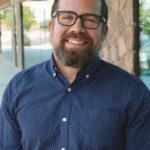 Brian Bowman
Brian Bowman has been lead pastor and elder of Valley Life Church in Phoenix, Arizona, since 2011.
@DBrianBowman
Brian Bowman is lead pastor and elder of Valley Life Church. He and his wife Brooke launched Valley Life in North Phoenix, Arizona, in 2011. Since then, Valley Life has planted five other churches in the area. He began serving as a Send City Missionary with the North American Mission Board's Send Phoenix in 2021. Brian and Brooke have two married children and one grandson.
I Never Knew It Was Happening: Pastor Shares 1 Thing He Had Wrong About Church for Decades
How To Share the Gospel with Your Relatives This Christmas
Not Fake News: Easter Is the Best True Story in the World
See more...
Advertisement

69-Year-Old Man Mauled to Death by Neighbor's Dogs, Cops Find Him on Ground Being Chewed On: Police

A Texas man tried in vain to save his own dog from an attack by two of his neighbor's dogs; he and his pet are now dead.
By Jack Davis  February 2, 2023

Billings Logan International Airport stopped all air traffic for two hours, around the same time a mysterious object was seen in the sky.
By Ole Braatelien  February 2, 2023

Crowd Goes Silent When High School Athlete Collapses, Gets Carried Off on Stretcher

A New Jersey high school basketball player fell to the floor in the middle of a game and was wheeled off the court.
By Jack Davis  February 2, 2023

Woman Finds Bag of Nearly $15,000 While Walking to Work and She Turns It In - Then Something Incredible Happens

She took what would have been an easy opportunity to become significantly wealthier and instead acted selflessly.
By Josiah Upper  February 2, 2023

'Alarming': Man Shows His Electric Car Lost 70% of Its Acceleration Ability in the Cold

If progress means unreliable and sluggish electric vehicles, maybe we were better off in the past when only toy cars were battery-operated.
By Christine Favocci  February 2, 2023

It shouldn't be hard to understand why Ilhan Omar has no place on the House Foreign Affairs Committee. It's hard for Democrats.
By Joe Saunders  February 2, 2023

Boris Johnson Could Run for President of the United States: 'I Don't Rule It Out'

Boris Johnson, the former British prime minister, had a very curious response when asked about a potential presidential run in America.
By Bryan Chai  February 2, 2023

Republicans in Congress passed a resolution condemning the ideology of socialism and the destruction it has wrought throughout history.
By John McCann  February 2, 2023
Next