One of the Democrat’s recent mandates increased the restrictions on bars in the state. For many years, they have been required to serve food, not just alcohol. The rule has existed for a long time, but Cuomo has imposed a much stricter interpretation.

Now, in order to enjoy alcoholic beverages, customers must also order food that the government approves, the New York Post reported last month. They cannot order any food they want, unless they order it in combination with the government-approved items.

Under Cuomo’s new rule, finger foods, such as nuts or chips, are not sufficient to allow a patron to order alcohol, but soup and sandwiches are.

When bar owners learned of the new rule, they were creative in designing new food offerings in order to comply with this change; however, many of those bars are now being penalized for doing so.

Abby Ehmann, owner of the East Village bar Lucky, took it a step further, according to Eater New York. She tried to fight back by starting a petition to have Cuomo reverse his mandate.

What was the response?

https://t.co/WQU7BNiFED No doubt that, that most New Yorkers love Cuomo, but the SLA taking away this person’s license after 1 warning, is questionable. She started a petition, her right under the Constitution. What’s up ⁦@NYGovCuomo⁩.

“I exercised my First Amendment right by petitioning my government for a redress of grievances,” Ehmann said. “I believe that this same government has selectively enforced the law I’m working to change as retaliation.”

Her purpose in starting the petition was to be safe while allowing bar owners to earn a living. Ehmann said she prefers a rule that requires people to be seated while eating and drinking, not one that dictates what they can order. Requiring seating alone would help reduce the crowds. What consumers order should be irrelevant.

A Bora Park 24 article explained that his big concern supposedly was overcrowding in front of bars. This is coming from the man who wasn’t concerned at all about crowding nursing homes with COVID-19 patients.

Now, in August, bars are feeling the wrath of Cuomo. According to a post on the governor’s website Tuesday, more than 130 bars have had their liquor licenses suspended, and over 700 are facing charges.

Even though the website states that this new rule has a “three strikes” clause, which allows bars to have three violations before suspension of the liquor license, that is not necessarily the case. The rule allows the state to shut businesses down immediately for “egregious” offenses. Isn’t that wonderful?

Cuomo seems more concerned with what goes into a person’s stomach than whether people are safe. What is the purpose of dictating what food people can order?

There is none. Holding a hot dog does not prevent mingling any more than holding a bag of chips.

So, why does Cuomo mandate that only certain foods qualify?

It is the left’s War on Capitalism. They want control. The businesses that don’t submit to Cuomo’s tyranny are targeted for closure.

The tyranny of the New York leadership extends well past the food industry.

The New York Post reported that the state’s Democrats were trying to force shampoo assistants to undergo 500 hours of training to be able to apply shampoo legally.

Only Democrats could conceive an idea this idiotic. Absurd is not a strong enough word. There is no rationale for it.

We are no longer living in a cancel culture; it is revenge culture. It is retaliation against people who dare to make a living.

Leftist politicians in this country cringe when people succeed without government assistance. They have been chipping away at our capitalist freedoms for decades, and now COVID-19 has opened the door to much more severe restrictions on commerce — all in the name of “public safety.”

What new surprises will September bring? 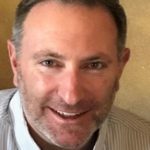 The Wisconsin man charged with killing six people in a vehicular attack on a parade had be be removed from court on the first day of trial.
By Richard Moorhead  October 4, 2022

Reality is rearing its head again for the American people - and the Biden administration and its Democratic Party should be getting worried.
By Joe Saunders  October 4, 2022

'Ball of Fire': Woman Trapped in Burning Wreckage Until Off-Duty Officer Spots Her

'The word "hero" has been thrown out there, but I definitely don’t see myself as one,' the off-duty officer said.
By Amanda Thomason  October 4, 2022

Op-Ed: This Old Testament Book Must Serve as a Wake-Up Call for America

The book of Lamentations is a dirge for Judah. Will America suffer the same fate as that rebellious nation?
By Ralph Drollinger  October 4, 2022