Summer has officially begun, and July Fourth is almost here.

This time of year, I am transported back to my childhood in Chicago, where I was privileged to be born and raised.

Independence Day brings back fond memories of picnicking outside and watching fireworks light up the summer sky. My father, Rabbi Yechiel Eckstein, always spoke about how lucky we were, especially as Jews, to live in the U.S., where we were free to practice our faith and be part of one of the greatest countries in the history of the world.

Now that I live in Israel, America’s Independence Day has taken on additional significance to me.

I celebrate America for the extraordinary country that she is and because of the wonderful friend that she has been to Israel. Since the moment the modern state of Israel was founded, America has been her greatest friend and ally – not only in sentiment but also through meaningful action.

When you think about it, it is pretty amazing that this close friendship has endured for so long in a world that is constantly changing. I have no doubt that this is because the friendship between Israel and America is not based on politics alone, but on our shared commitment to democratic values and biblical principles.

Like any relationship, the friendship between Americans and Israelis has had its ups and downs. Yet our connection has never been severed.

It has transcended challenges and changes through more than seven decades. What unites us has proven to be far more powerful than anything we might disagree upon.

Over the years, America has consistently spoken up in the international community on behalf of Israel, often as a lone voice, shielding Israel from harmful lies and protecting Israel’s right to exist.

Israel, in turn, is America’s greatest ally in the Middle East and has proven herself a loyal friend.

Israel is on the front lines, fighting our common enemies and defending our common way of life. As our Prime Minister, Benjamin Netanyahu, expressed, “Israel represents everything that [America represents] in the most dangerous and volatile place in the Middle East.”

Here in Israel, we have learned that when faced with difficult times and uncertainty, nothing beats having a good friend.

The Book of Ecclesiastes tells us, “Two are better than one, because they have a good return for their labor: If either of them falls down, one can help the other up” (4:9-10).

RELATED: Mike Huckabee: Remember Those Who Fought for Our Freedoms - And Those Who Teach Us About Them

We are blessed to have each other as friends as the world faces unprecedented challenges. Even as the winds of change blow harshly at times, the U.S.-Israel bond is a source of encouragement and strength to us all.

So as we celebrate America this weekend, I hope that you will join me in giving thanks for the friendship between our two great countries. We, in Israel, are praying for our friends in America just as you have always prayed for us. And I pray that this sacred friendship continues to grow no matter what lies ahead.

May God bless America, may God bless Israel and may He bring peace and healing to the world. 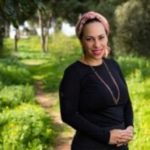 Op-Ed: A Story About Isaac in the Bible Shows Exactly How We Need To Pray About COVID
Op-Ed: What the 4th of July Means to Israel
See more...