It’s not every day you wake up and have to defend yourself from baseless accusations that have the potential to destroy your life.

Actually, for conservatives, that’s exactly what we face every day thanks to cancel culture. This new culture being pushed by the left isn’t predicated on holding people accountable for their words or actions; its predicated on suppressing opposition and dissidents.

By calling someone a racist, homophobe, xenophobe or transphobe, you immediately discredit their argument and impose upon them a dispositional attribution that creates a permanent character flaw.

My story began with the creation of a TikTok video showing my support for President Donald Trump.

In my video, you can see me dancing with the Trump 2020 flag in the background along with a poster that says “Marquette University 2024.” The caption on the video is, “When people see that I support Trump, then try to hate on me, and think I’ll change my views.”

Trending:
Maxwell Will No Longer Protect the Names of 8 Men Allegedly Tied to Epstein's Secret Operation

It was this TikTok video that ignited a firestorm of incendiary comments from students at Marquette and individuals across the country.

Following the posting of my TikTok video, fellow students Erin Cook and Amelia Thompson began their inquisition to have me removed from Marquette University.

Amelia Thompson via TikTok called for me to be blackballed by all sororities and clubs at Marquette. This video was seen thousands of times. Erin Cook put together a prescripted email that allowed others to send it out en masse to Marquette faculty, which her followers did by the hundreds.

Do you think colleges and universities have become hostile to conservative students?
Yes: 99% (196 Votes)
No: 1% (2 Votes)

I said that although it is blatantly obvious that American citizens commit the majority of crimes, stifling this crime becomes even more difficult with unchecked illegal immigration. Because I used the term “illegal immigration” instead of the popular euphemism “undocumented immigrant,” I’m being lambasted by the left.

These of course are all baseless accusations that forego context for the sake of expediency. I also made a comment in my YouTube video from eight months ago about a pair of size-13 heels, calling them cross-dressing shoes. I was told that I was openly discriminating against tall women and the transgender community.

After being inundated with emails from leftist students and people from across the country, the school administration sent an email to Erin saying, “Erin, thank you for bringing this matter to our attention. We will review the situation and take appropriate action.”

Before being contacted by Troyer, I had accepted my admissions offer and paid the $500 deposit to secure my position at the university, I had paid for my housing, I had chosen my roommates, I had completed orientation and I even had a complete class schedule.

The administration also asked me hypothetical questions regarding Dreamers.

How would I respond if a Dreamer who lived down the hall from me came up to me and told me she didn’t feel safe or comfortable with my views and my presence on campus?

They also asked me if they thought there was anything I could do to improve my image on campus. They proceeded to ask if I was comfortable with the reputation I have established for myself, completely disregarding the fact that the other students had already established that reputation for me through their libel.

The assistant dean asked if I put any thought into the response I would be getting from my videos. I asked the administration if they had spoken with the other girls regarding possible recourse for their actions. They told me that due to privacy concerns for the other students, they couldn’t give me this information.

I was extremely disappointed by the animus with which fellow students spoke of me. Their comments incited others to threaten my life and bully me.

Because Marquette has allowed these students to continue their inquisition with impunity, they are now doing so with legitimacy.

The response from my peers has been repulsive. They exposed their malevolent temperaments and fascist schemes. Because the school has failed to discipline the students who defamed, libeled, harassed and bullied me, they’ve set a dangerous precedent for all conservative students.

This is all based on my support for our president, my belief that sex can’t be changed based on the way you dress and act and my stance on illegal immigration.

I refuse to be subjected to a new lexicon full of esoteric words that created through semantic stretch. The rate at which the English language is morphing has limited its ability to be understood by the common man.

However, this isn’t the case for the few who are willingly accelerating its progression. We now have an entire class of people whose freedom of speech will soon be classified as hateful. If you thought the desecration of the Second Amendment was bad, wait until you see what they do to the First.

I still would like to attend Marquette University. However, because of the death threats, bullying and harassment, I don’t know if I’ll be able to fully acclimate to the environment.

As of right now, I’m being left in the dark as to how Marquette is addressing the harassment being committed by Erin Cook and her fellow comrades. I will not capitulate to mob rule nor will I sacrifice my fundamental rights for the sake of appeasing a misguided faction.

Freedom of expression is a fundamental human right. If this nation willingly hands its speech over to an unelected group of censors controlled by a small faction who has an inherent bias against Republicans, the body politic will cease to exist.

A people who once decided the course of their nation will no longer be citizens who participate in the political process but merely apolitical subjects whose historical underpinnings and principles will be eradicated by revisionist history.

By capitulating to mob rule, Marquette has sacrificed its integrity by allowing a small faction to depredate the most fundamental human right, freedom of expression.

Our fate is no longer our own but that of the mob. Jacques Marquette would be ashamed to have his name affiliated with an institution that expresses its disdain for a group of people (Christians) whose principles and values are derived from providence and religious underpinnings. Marquette’s official Community Expectations state, “Members of the campus community must act out of Christian charity.”

Marquette University uses prevarications such as “Christian charity” to attract unsuspecting students who may otherwise believe this is an institution of integrity. But such is the game of misdirection; after all, we know which side is favored.

The silent majority will prevail, and without us, Marquette has willingly handed itself over to self-immolation by a small misguided faction for mere appeasement. Without the freedom to express our opinions, diversity of thought becomes futile.

In the end, due to the overwhelming pressure put on Marquette by conservatives, the university has decided not to rescind my admission. However, had my story not been brought to light by Professor John McAdams, the truth of what had happened would have died in darkness and I would have been mere collateral damage to the deranged leftist mob.

Our posterity will be greatly impacted by the decisions we make today.

We can no longer afford to be silent in our pursuit of the preservation of our freedoms. Conservatives are being purged from society on a daily basis, whether that be from institutions of higher learning or corporate America.

All honorable women and men have one thing in common: sacrifice. I would give anything for my country and my freedom. John Adams said, “[A] Constitution of Government once changed from Freedom, can never be restored. Liberty once lost is lost forever.”

UPDATE, July 22, 2020: After the publication of this article, Marquette University responded to The Western Journal’s request for comment with the following statement:

“Marquette University’s admissions decisions are made based on academic achievements and student involvement, not political views. Information publicly circulating that Marquette might rescind the admission of incoming freshman Samantha Pfefferle is false. Marquette has not rescinded, nor did it threaten to rescind, her admission.

“Concerns about this new student that were brought to the university’s attention were not based on political affiliation but on alleged use of discriminatory language. In this case, there were also concerns for the incoming student’s safety, which were investigated by the Marquette University Police Department and discussed with the incoming student.

“The week delay referenced by the incoming student was because the university was closed the week of June 29, as part of an annual closure around the Fourth of July.

“In addition, Marquette University Police Department is actively investigating threats made over social media directed at the incoming student, and will refer any potential violations of our harassment or other policies to our Student Conduct Process. Due to federal privacy laws, the university cannot disclose details regarding student conduct investigations or hearings.” 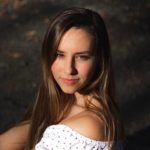 Samantha Pfefferle
Samantha Pfefferle is an incoming freshman at Marquette University who is currently studying psychology with a minor in law and society. Samantha is a service member with the Wisconsin National Guard and also volunteers with her local Republican Party chapter. With her newly established political platform, Samantha plans to start a free speech initiative on college campuses across the United States.
Op-Ed: I Almost Got Kicked Out of Marquette's Incoming Class Because I Support Trump - This Is My Story
See more...
Advertisement

While the Supreme Court has heard arguments on abortion laws, providers have taken the opportunity to push dangerous chemical abortion pills.
By Grant Atkinson  January 19, 2022

It's not hard to imagine how 2.4 million social media followers of a liberal like Alec Baldwin would react to a pro-Trump 'insurrectionist.'
By Joe Saunders  January 19, 2022

President Joe Biden has just given Russia what many have called a 'green light' to seize a piece of Ukraine.
By Jack Davis  January 19, 2022

A CDC study shows that those who have recovered from COVID-19 have more protection against infection than those who have only been vaccinated.
By Randy DeSoto  January 19, 2022

Andrew is facing a civil lawsuit over allegations that he sexually assaulted one of Epstein's trafficking victims when she was a teenager.
By Michael Austin  January 19, 2022

The U.K. is lifting most of its COVID restrictions, which leads many to question what the Biden administration is going to do.
By Abby Liebing  January 19, 2022

The technology will be able to 'passively monitor the performance' of all drivers, suggesting it will be engaged at all times.
By Michael Austin  January 19, 2022
Next