I remember standing in my kitchen fighting with my mom over the issue of abortion. She was pro-life. While a nurse in New York City, she promptly quit her job after seeing an abortion performed on a young teenage girl. It was clearly murder in her eyes.

I, on the other hand, was pro-choice. Abortion allowed for equality. A man doesn’t have to carry around a child during an unplanned pregnancy. Why should a woman? What about her career? What about her future? In the coming age of feminism, pro-life religious radicals stood in the way.

After I came to know Christ when I was 16, everything in my life changed, including how I understood the sanctity of life and the role of the family. All human beings are knitted together by God for his glory. We are image-bearers of God, and we exist within a family for a reason.

This week, thousands of mostly young people will head to Washington, D.C., to participate in the March for Life, the world’s largest human rights rally. The march has been taking place since Roe v. Wade was decided in 1973.

This is a historic year. The Dobbs v. Jackson Women’s Health Organization case gives the best challenge to Roe in a generation. It is probable that the precedent of Roe will be overturned and decisions regarding pre-viability abortion laws will return to the states.

What’s really taking place in America is a conflict of worldviews when it comes to sexuality, freedom and the family.

On the one hand, the rejection of traditional family morals has led to a false notion of freedom. Without children, I’m free to reach the heights of my career. I can travel the world. I can have multiple sexual partners. No strings, no responsibility, all freedom — an empty freedom.

Religious conservatives look at life differently. Sex exists for pleasure, but it’s so much more than that. Within the confines of marriage, it is the consummation of a lifelong commitment. It creates life, and that life builds something greater than what existed before.

The family is a vehicle for love, joy, sacrifice and responsibility. It is designed to make everyone involved better. Family is not just 1+1+1=3. It’s 1+1+1= a lifetime of dedication, growth and perseverance. Building a family is one of the greatest legacies you can create.

As a young man, I spent a lot of time around Roman Catholics in Washington, D.C. I worked for Catholic Sen. Rick Santorum. I promoted the film “Bella,” written and produced by and starring prominent Catholics. I also worked for Mormon presidential candidate Mitt Romney and staffed all of his children when they campaigned for him in Colorado. I came to appreciate the Catholic and Mormon worldviews on family.

They love children — the more the merrier, it seems. I still get a Christmas card from the Romney family, the same Christmas card that Keith Olbermann mocked. Olbermann feels the Romneys have too many children. Hang around these big families and you quickly see they are full of life, love and joy. Why would you want to limit that?

We also live next door to Mormon neighbors. Another big family. Any holiday celebration and their driveway is full of cars. If we ever need anything, they are happy to help us out. That’s the second thing I notice about big families — they are marked by hearts of service.

I saw a sad statistic recently that four in 10 young people are hesitant to have children because of climate change — another example of a worldview that sees children as a burden.

This is the America we live in today. Children are either a burden until we decide that they aren’t, or children are a vehicle to building something greater than we are alone. In one America, children interrupt our lives and threaten the planet. In another, children enhance our lives and make the world a better place.

On display this week at the March for Life will be a worldview celebrating life, children, service and family. Our country will be better off the more people embrace this worldview. My mom was right. 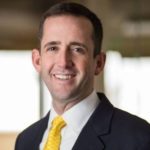 Jeff Hunt
Jeff Hunt is the director of the Centennial Institute at Colorado Christian University.
Op-Ed: As America Marches for Life This Week, We Have a Once-in-a-Generation Opportunity
Op-Ed: The Biggest Breakdown in America Right Now Mirrors Our Rejection of God
See more...
Advertisement

An NBA coach who said the system fails school children was one of those who backed removing armed police from schools.
By Jack Davis  May 25, 2022

This tweet, like many of Ocasio-Cortes' posts on social media, shows she is far more impulsive than she is intelligent.
By Elizabeth Stauffer  May 25, 2022

State Farm has pulled its support for a controversial project aimed at pushing the LGBT agenda among young children.
By Jack Davis  May 25, 2022

For Ramos home was no sanctuary. Neighbors said that Ramos' mother used drugs and she and he would have fights with each other often.
By Andrew Jose  May 25, 2022

With gas costing more than $6 per gallon in the state, many Californians willingly surrendered their firearms to help fill their tanks.
By Richard Moorhead  May 25, 2022

Buck Angel, a 59-year-old, was a pioneer in transgender therapy and activism. Now, she's sounding the alarm.
By C. Douglas Golden  May 25, 2022

Naomi Osaka withdrew from the French Open last year after refusing to meet with the media. This year, the decision to exit was made for her.
By C. Douglas Golden  May 25, 2022

'My little love is now flying high with the angels above,' the father of 10-year-old Amerie Jo Garza said in a Facebook post.
By Jack Davis  May 25, 2022

U.S. natural gas prices, which are lower than prices overseas, are also set for a sustained rally. Prices are expected to surge.
By Andrew Jose  May 25, 2022
Next