California: a west coast paradise with over 800 miles of gorgeous coastline contrasted with stunning mountain ranges.

The physical beauty of The Golden State is among the best in America. California boasts of some of the nation’s most phenomenal real estate in places like Beverly Hills, Malibu and Pebble Beach. It is also home to Silicon Valley, Hollywood and Disneyland.

But since 2011, the number of people leaving the state has steadily increased as California’s problems have steadily grown.

Leftist policies have brought destruction and despair to one of the most beautiful states in the nation. The rest of the United States needs to be aware of what led to the current mess in California so that we don’t repeat its mistakes.

In 2019, nearly 200,000 people moved out of California — and this mass exodus is expected to continue. But it’s not just people who are leaving the state; many businesses have left California, as well.

In 2019, California was ranked dead last on Chief Executive Magazine’s list of “Best and Worst States for Business,” with Texas ranking first.

So what happened to cause so many to leave such an amazing place?

Do you think California will be able to reverse course and recover from its disastrous Democratic policies?
Yes: 11% (10 Votes)
No: 89% (81 Votes)

Businesses cite regulatory burdens and high taxes among their reasons for leaving. California is one of the few states that taxes small business owners from both sides — on the pass through income and the business itself.

If the taxes don’t break the bank, then the skyrocketing housing costs will.

As rent and homeownership costs increase, fewer people can afford to live in the state, leading them to leave — or turn to the streets. As the homeless population rises, California is faced with a public health, environmental and safety disaster. The Democratic-majority government in California has liberalized drug laws and wasted taxpayers money on ineffectual homelessness programs.

In 2016, for example, Los Angeles raised $1.2 billion to build housing for the homeless. The plan was to build 10,000 apartment units, but in reality, they could build only half of that because of high building costs.

I was a little girl when California first stole my heart. As I grew up, I found any reason I could to visit. Whether it was Young Life camps or visiting friends, I could never go long without traveling to The Golden State.

On more than one occasion, I seriously considered moving to Southern California. As I watch what is happening there now, it saddens me. I am heartbroken for the many families and businesses who have called this place home but under current conditions are being forced to leave.

I feel sorry for friends who have to watch the beauty of their state fade as the sight of trash and human feces becomes more common on the streets. I also fear for our nation. I worry that many are manipulated by leftist Democrats’ narrative and emotional persuasion that their policies are loving and more accepting than the right’s.

But the data isn’t on their side. It isn’t caring when families are displaced because they can no longer afford their homes. It isn’t helping small business owners, their employees and their families when regulatory demands are so great that they cannot start or continue a business.

California needs to take a hard look at the facts, including the number of people and businesses leaving the state. The state government should look at other states to which businesses are relocating, such as Texas, and see what is being done in those states to draw businesses in.

If California wants to see economic growth, it is vital to stop the assault on small businesses. In order to keep people from leaving, California must address the housing crisis — which encompasses the homelessness crisis, too.

Americans cannot turn a blind eye to the problems plaguing California. We must learn from its mistakes and its failed left-wing policies to ensure we don’t repeat them. 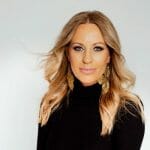 Lindsey Jensen
Lindsey Jensen is pediatric speech therapist, Realtor and occasional author with a passion for America, our military and conservative values. She is an Ambassador for Turning Point USA and is on the board of directors for the Boots for Warriors Foundation.
Op-Ed: America Needs To Learn from California's Mistakes
Support for Israel Should Be Non-Partisan
See more...
Advertisement