Related:
Op-Ed: One Look at the Record Reveals the True Epicenter of Anti-Semitism 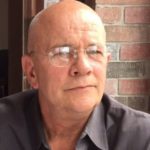 Clifford Nichols
Cliff Nichols is an attorney, the author of "A Barrister’s Tales" and the curator of The American Landscape. Buy "A Barrister's Tales" at https://www.amazon.com/Barristers-Tales-Lawyers-Memoirs-Journey-ebook/dp/B07ZTS8B1H. Visit The American Landscape at https://theamericanlandscape.substack.com.
@Cliff1Nichols
Op-Ed: Conservative Demands for McCarthy Were Missing 1 Key Thing - We'll Need It in 2024
Op-Ed: Merrick Garland Just Made the Lives of All Americans More Interesting
Op-Ed: Trump Gives Voice to the Spirit of Winston Churchill
Op-Ed: The Strange Case of the Woman Convicted of Trafficking Sex... To Nobody
Op-Ed: America Has Opted for the Same Lie Sold by Stalin, Mao and Hitler
See more...
Advertisement