On Friday, Caitlyn Jenner issued a news release announcing his run for California governor, and many conservatives and liberals are laughing at the thought that this is a PR stunt and complete joke. I, on the other hand, am taking it very seriously — and you should too.

Jenner said that “California is worth fighting for” — and he’s absolutely right. Californians are sick of one-party rule, especially during this past year when the pandemic lockdowns have put a spotlight on our failed state leadership and policies.

Many may know Jenner as an Olympic gold medal decathlete and most importantly father and step-father to some of the most influential women on the planet. That’s why I urge you not to mock his bid for governor.

In case you weren’t aware, the Kardashian and Jenner sisters have a combined total of over 1 billion followers on Instagram and Twitter alone. The reach of the famous sisters is huge, and an endorsement by the family could make Caitlyn a serious contender.

Anything these women promote sells out within minutes. Kim Kardashian’s shape-wear line Skims helped earn her billionaire status. In the company’s debut launch, they sold over $2 million in revenue in a matter of minutes, according to TMZ.

When Kylie Jenner introduced her lip kits back in 2015, her website crashed with the influx of consumers. She has since introduced Kylie Cosmetics, which she sold 51 percent of to the cosmetic brand Coty in 2019 for $600 million dollars.

Pretty good for a girl who infamously admitted to getting lip fillers, right?

And with mail-in ballots being sent out statewide again, it will make it even easier for the fans of the Kardashian-Jenner clan to vote Gov. Gavin Newsom out and Caitlyn in.

By just hitting send on their phones, Kim and Kylie could tell fans to “vote for Caitlyn,” and many Californians would do it — regardless of policy or party affiliation. This time next year we may just be calling him Gov. Jenner.

When Caitlyn came out publicly as transgender in 2015, the family was right by his side and it was a pivotal moment in popular culture for trans awareness. Diane Sawyer did a documentary on Jenner’s “coming out,” and he was featured on the cover of Vanity Fair.

Jenner, a lifelong Republican, stuck to his guns when it came to his support for Donald Trump in the 2016 presidential race. In 2018, however, he rebuked the president, writing in an Op-Ed for The Washington Post that Trump had “relentlessly attacked” the transgender community.

Jenner could very well garner a lot of support from the LGBTQ community, breaking away from the stereotype that all Republicans are anti-LGBTQ. If Newsom is recalled and Jenner is elected, it would make him the first transgender governor in American history.

As of right now, we don’t know much about Jenner’s policies except that he is pro-small business, anti-lockdowns and fiscally conservative. In the coming weeks, he will be traveling up and down the state to hear from Californians on what issues are most important to them.

With the certification of the recall looming, don’t be surprised by the slew of people throwing their hats into the ring.

Related:
Comedian Jon Stewart Bows at the Altar of Wokeness, Apologizes for Past Jokes

I like to reminisce about the 2003 recall election of then-Gov. Gray Davis, when 135 candidates entered the race, including former child actor Gary Coleman, founder of Hustler magazine Larry Flynt and a satellite project manager named Michael Jackson.

Hollywood superstar Arnold Schwarzenegger ultimately won that race, and it really opened up many to the idea that a candidate doesn’t need any previous political experience to be elected into office. Donald Trump ran most of his 2016 campaign on how he was not a politician, and it worked for him.

Am I saying Caitlyn Jenner will win if Newsom is recalled? I don’t know. Crazier things have happened. However, I am saying take his campaign seriously. I guess we will all just have to sit back and keep up. 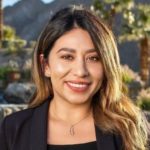 A massive product recall from the FDA includes a wide range of goods, including sandwiches, pizzas, salads and other snacks.
By Bryan Chai  February 6, 2023

CBS responded to singer Sam Smith's tweet before he went on to perform the song "Unholy" at the Grammys on Sunday.
By Peter Partoll  February 6, 2023
Next