If you’ve been holding on to the presumption that gun confiscation will never take place in the United States, it’s time for you to wake up.

Red flag laws inherently create opportunities for abuse of power and infringe on the right to bear arms, the right to due process and the right to a speedy and public trial.

Red flag laws allow family members, friends, ex-partners and other acquaintances the right to request confiscation of legally owned firearms from individuals who allegedly pose a danger to themselves or to others. Red flag petitions are filed in court, either online or in person. Once a petition has been filed, a judge reviews the allegations and determines whether the individual in question should have their right and their property seized from them based on hearsay.

These individuals also lose any previously acquired firearms licenses and are also temporarily precluded from owning or buying other firearms until their case is resolved, which generally takes a year or more.

According to CNN, in Broward County, Florida, “In every single case put before a court, judges approved the petitions on a temporary basis and with rapid speed — more than half on the same day as the petition came in. Final orders were later issued in 87 percent of the cases.”

These are laws ripe for abuse if put in the hands of a judge who leans anti-gun. Moreover, they give unprecedented power to law enforcement to seize citizens’ private property.

The left is constantly trying to push the message that police officers are corrupt. If those on the left are so frightened of law enforcement abusing their power, wouldn’t they be opposed to giving police officers the authority to search and seize private property?

To be clear, I’m not arguing that red flag laws are without merit. If a deranged maniac is posting pictures of his rifle with the caption “I [want to] shoot people with my AR-15” like the Parkland shooter, then yes, confiscate those guns immediately.

But an overwhelming majority of cases brought forth are in no way similar to incidents like that.

Take for instance Gary Willis, a law-abiding citizen who was killed by a police officer during a 5 a.m. raid because he refused to give up his firearm on the grounds of his Fourth Amendment rights being violated. Willis’ niece, Michele Willis, told reporters that her aunt had requested a protective order against Willis. She also said her uncle “wouldn’t hurt anybody.”

This goes to show that the implementation of red flag laws puts one person’s word against another’s, and denies the accused the ability to defend themselves. It’s an outright violation of the Sixth Amendment, whereby individuals have the right to a quick and speedy trial and the chance to confront the accuser.

Recently, a warrant was issued for the arrest of a Colorado woman who lied in order to use a red flag law to disarm a man whom she falsely claimed is the father of her son. If someone is willing to lie about who their child’s father is, then what guarantee do we have that they’re not going to lie about other circumstances?

We already know that individuals are falsely accused of committing crimes all the time. That’s the entire purpose of having the Due Process Clause in the Bill of Rights.

If an individual hasn’t been convicted of a crime, they shouldn’t have to spend thousands of dollars and countless hours on end to defend themselves. In criminal cases, the accused has the right to an attorney regardless of whether or not they can afford it, but since red flag laws fall under civil proceedings, the accused has no option but to spend their own money to dispute false claims.

The implementation of red flag laws goes against the very core principles of our justice system. It is time for gun owners and Second Amendment supporters to wake up to the reality of the right to bear arms dwindling before our eyes. 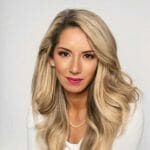 Some parts of America's border are reporting more illegal immigrants in three months than in all of the past year.
By Jack Davis  January 29, 2023

Advisers to Florida Gov. Ron DeSantis have begun laying the foundation for a 2024 presidential campaign, according to a new report.
By Jack Davis  January 29, 2023

Her daughter was raped and butchered by a criminal who started out as an "asylum seeker." She wants the courts to remember what he did.
By Joe Saunders  January 29, 2023

Rap star and ostensible 2024 presidential candidate Ye, formerly Kanye West, is at the center of an alleged battery investigation.
By Bryan Chai  January 29, 2023

More than 40 people were killed Sunday when a bus went off a bridge in Pakistan and then caught fire, killing almost all on board.
By Jack Davis  January 29, 2023

The Los Angeles Lakers lost to the Boston Celtics on Saturday night, but that wasn't the biggest takeaway from the game -- LeBron James was.
By Bryan Chai  January 29, 2023

A massive fire broke out at a major egg farm in Bozrah, Connecticut, resulting in the death of over 100,000 chickens.
By Ryan Ledendecker  January 29, 2023

Watch: EV Spontaneously Erupts on California Freeway - It Took 6,000 Gallons of Water to Put It Out

California firefighters on Saturday experienced the challenges of trying to put out an EV fire when a Tesla went up in flames.
By Jack Davis  January 29, 2023

Less than two months before a much-anticipated movie release, one actor has raised eyebrows with what he said about Pfizer.
By Bryan Chai  January 29, 2023

Not even a month ago, he was on top of the world with a second national championship. Sunday morning, he was behind bars.
By The Associated Press  January 29, 2023
Next