“Nothing can do men of good will more harm than apparent compromises with parties that subscribe to antimoral and antidemocratic and anti-God forces. We must have the courage to detach our support from men who are doing evil. We must bear them no hatred, but we must break with them.” — Fulton J. Sheen

Though it is certain that the vast majority of the many thousands of Catholic Democrats who will vote for a Republican for president the first time in their lives in November have never read Archbishop’s Sheen’s words, their decision-making process undoubtedly takes thoughts such as those into consideration, consciously or unconsciously.

2020 could be called the year of the Great Migration: that of Catholic labor Democrats from their ancestral home, the Democratic Party, to the Republican party as led by President Donald J. Trump.

Why are we not surprised? This is no longer your daddy’s Democratic Party. Catholic Democrats have to decide if they are leaving the party or if the party left them. Many, like the authors, asked and answered that question years, even decades ago; many more are doing so now.

One thing that has changed over the years is the Democrats’ increasingly obvious embrace of the most radical expressions of things with which most Catholics, to say nothing of other people of goodwill, are uncomfortable. The mask is off for all to see.

In truth, it has been for years, but now there seems to be an increased urgency among the Democrats to make anyone with even the slightest vestigial attachment to traditional Christian morality uncomfortable.

Whereas the right to abortion used to be rationalized by Catholic Dems as a necessary evil or a concession to a woman’s “right to choose” in difficult circumstances, today it has the status of a sacrament in the Church of the Woke Mob at which the Democratic leadership worships.

One could say that those controlling the donkey party became radicalized slowly at first, and then all of a sudden.

Witness how quickly the change in the view of normative human sexuality has occurred. It seems like just yesterday that civil unions — not gay marriage mind you, civil unions — were being hotly debated in places like Massachusetts and Vermont.

Fast forward to this past primary season when we were treated to Elizabeth Warren informing us that whomever she nominated to be her secretary of education would be interviewed and vetted by a 9-year-old trans student. What? She further told us that the prison in which a man who thinks he is a woman is incarcerated is one of the most important issues facing us today! So much for “It’s the economy, stupid.” Apparently in 2020, for Democratic royalty, it is trans convict housing.

But it is not just that they are crazy. That would be merely humorous if their craziness did not have such tragic consequences and did not affect so many lives.

What, one wonders, caused so many old-school Catholic labor Democrats to vote for Trump in 2016 and will cause many more to do so in 2020?

Catholic Democrats got “woke.” That is what happened. Not “woke” in the normal parlance of that cool new term (look it up if you have to), but they woke up to the craziness of the Democrats at the national level as reflected in the truly evil nature of their views on life issues and the increasingly totalitarian nature of their views vis-à-vis religious freedom.

In short, Donald Trump will let Catholics be Catholics; there is every reason to expect that the Democrats, once in power, will not.

In addition to the absolute hostility of the Democratic leadership to traditional Christianity, many Catholic Democrats also woke up to the fact that Donald Trump is, in fact, closer to their beliefs on economic matters and foreign policy than anyone that either party would put forward from their “establishments.”

The economy under which the average working-class American has suffered and seen his standard of living decline in recent decades is a construct against which Donald Trump has waged rhetorical war for thirty years or more. In short, Donald J. Trump is for the American working class, plain and simple.

And he has fought for them, setting in motion the rebalancing of the global economic system with his America First vision. Manufacturing is on its way back. It is to be hoped that the “shutdown” will be reduced to a historical footnote in short order after the election.

Be that as it may, in the Rust Belt, populated as it is by many Catholic labor Dems, Trump’s rhetoric and achievements in that sphere were enough to start the herd moving.

And, as we learned when six mayors recently announced their support for him, the Iron Range in Minnesota, long a Democratic stronghold, is now officially Trump country. They know who is on their side and, conversely, who has betrayed them.

With regard to foreign policy, after the endless wars of the Bush/Obama/Clinton years, Catholics, like exhausted Americans of every religion and none, hearkened to Trump’s message of winding them down … after, of course, his administration played a key role in the destruction and rolling back of the ISIS caliphate.

And he seems to be making great progress towards that elusive goal of peace in the Middle East with the historic accord between the United Arab Emirates and Israel. In contrast to Obama, Clinton and too many of the neocon Republicans, Donald Trump knows who the enemies are over there, and he continues to make all the right ones.

On the home front, not satisfied with alienating what remains of their Catholic working-class base with “woke” radicalism on social issues; continued support for an approach to trade that has destroyed the lives of that very constituency; and enthusiastic commitment to the never-ending wars that resulted in the deaths of so many young Americans, the Dems decided it would be a good idea to support Marxist movements that torch cities, target police departments for defunding, and tear down statues of saints and heroes.

What is wrong with these people? It is as if they decided that 2020 was the year they were no longer content to be known just as the evil party. No, seemingly jealous of the Republicans, they want to “have it all” and be the stupid party too.

Well, yes and no. Stupid is as stupid does, and for the numerous useful idiots who place party loyalty above common sense and decency — both of which recoil at the violence and mayhem we have watched unfold in recent weeks — it is par for the course.

Only recently, led by their intellectual Svengali, Don Lemon of CNN, have they been given permission to admit that maybe the whole “fiery but mostly peaceful” riot thing does not play as well in Peoria as it does … well, not sure it plays well anywhere, which is kind of the point about stupidity.

But for the Democratic elite — that true, deep state Democratic elite who were in on the rolling coup against Donald Trump — their support for the riots and the violence makes a whole lot more sense. Their power and, in some cases, their very freedom (#Durham) is at stake.

There is most certainly a method to their madness. Tragically, it involves so much destruction, loss of life and the sowing of discord among Americans.

Meanwhile, for those Catholic Democrats who have been loyal party supporters for years, as were their parents and grandparents before them, the “annus horribilis” of 2020 is very likely going to be the year in which they finally realize the truth of Archbishop Sheen’s words and their implications both for their own lives as citizens of the United States and for their souls as children of God. 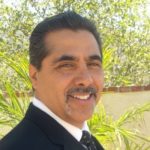 Jesse Romero
Jesse Romero is a long-time Catholic evangelist and a retired veteran of the Los Angeles County Sheriff’s department. He holds an undergraduate degree in liberal arts from Mount St. Mary’s College in Los Angeles and a graduate degree in Catholic theology from Franciscan University of Steubenville. He speaks frequently around the country and is the popular host of two radio shows. He is the co-author, with John McCullough, of "A Catholic Vote for Trump: The Only Choice in 2020 for Republicans, Democrats, and Independents Alike" (TAN Books, 2020).
Op-Ed: Dems Are Now Poised To Lose Catholics Over Amy Coney Barrett - And That Will End Their Party
Op-Ed: Catholic Dems Are Breaking for Trump Big Now That the Democratic Party Has been Unmasked
See more...

John McCullough
John McCullough is a writer and editor. Over the years he has worked as a teacher, newspaper feature writer, salesman and magazine editor. He is the co-author, with Jesse Romero, of "A Catholic Vote for Trump: The Only Choice in 2020 for Republicans, Democrats, and Independents Alike" (TAN Books, 2020).
Advertisement

Not only was the man unresponsive, but both his legs were broken. He would have died in that burning wreck if not for Patton.
By Amanda Thomason  January 27, 2023

Third-Richest Man in the World Tumbles from Position, Has Billions of Net Worth Evaporated After Damning Report Is Released

A research firm accused his company of "a brazen stock manipulation and accounting fraud scheme over the course of decades."
By John McCann  January 27, 2023

Trump's Plan to Save Every American School Is So Simple: 'Have Them Fired and Escorted from the Building'

Donald Trump laid out his plan to save American education and give power back to the parents.
By Jack Gist  January 27, 2023

This is a really bad way to start off a presidential campaign, and it may mean that his chances are already shot.
By Peter Partoll  January 27, 2023

One of the most famous authors in the world has come under attack for her views on transgenderism. She responded with a powerful tweet.
By Bryan Chai  January 27, 2023

"It truly takes a community, and you all have certainly shown us how powerful ours is -- thank you so much."
By Josiah Upper  January 27, 2023

Kevin Hart said a near-fatal car accident made him pause and realize what really matters.
By Elizabeth Delaney  January 27, 2023

Man Allegedly Tries Selling Stolen Car on Facebook, Gets Caught in the Act When Cops Try to Buy It

Police say 28-year-old Stevon Gordon wanted to get rid of a stolen vehicle in the dumbest way possible. It didn't go as planned.
By C. Douglas Golden  January 27, 2023

The poor dog was dropped off on the streets by herself after allegedly being taken from her family's home.
By Amanda Thomason  January 27, 2023

'We'll hand them over to for-profit companies who don't have to be subject to public records act laws, or open public meeting rules.'
By C. Douglas Golden  January 27, 2023
Next