I was born less than three months before the Civil Rights Act was signed into law.

Ten years prior to that, Brown v. Board of Education struck down the notion of “separate but equal” segregated schools.

In my 56 years on this globe, I have lived in or near major urban cities. In that time, in cities across the country — from Oakland to Baltimore, Chicago to Atlanta — I cannot recall a Republican in charge of our failing public education system.

In 2004, a Republican-majority Congress enacted the D.C. Opportunity Scholarship Program, under the auspices of a Republican president, George W. Bush.

This voucher program had low-income, predominately minority children – you know, those “poor kids who are just as bright as white kids” Joe Biden talked about – outperforming traditionally schooled children.

The Obama-Biden administration pulled the plug on the program while President Obama exercised his own school choice by sending his daughters to Sidwell Friends, a private school with a price tag, at the time, of over $24,000 per year per child.

Their “crime” was daring to send their children to better schools located outside of their ZIP code and their failing local school systems.

In stark contrast, President Donald Trump invited Stephanie Davis and her daughter Janiyah Davis to the State of the Union address earlier this year in order to award them a full scholarship to a better school.

Do you think President Trump has been a better president for school choice than Joe Biden would be?
Yes: 98% (59 Votes)
No: 2% (1 Votes)

Mr. Trump signed an executive order so that parents like Kelley Williams-Bolar and Tanya McDowell would never be jailed again for enrolling children across ZIP codes.

As a home-schooler with over 20 years of experience, I know that school choice has made the difference for my children.

I’m blessed to live in a world where the freedom of school choice allows me to instill in my children the values most important to our family. President Trump has put school choice at the forefront of his policies.

School choice had allowed me to accelerate school for my daughter, who was reading at the college level by the time she was in high elementary grades/early middle school.

My oldest could indulge his love of robotics and enrolled in dual learning – earning both high school and college credits at the age of 16.

And it has allowed my youngest, who has cognitive differences, the freedom to learn the rich black history behind capoeira and fulfill his dream of being an intern at an animal rehabilitation center where he’s also learning facilities management and carpentry.

While Joe Biden continues to put students last, President Trump is making a difference for our future generation. 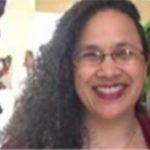 A top immunologist and vaccine expert in Europe believes the COVID-19 booster shot may have accelerated the growth of his cancer.
By Michael Austin  September 25, 2022

A woman who claimed that her wall was 'bleeding' and took her problem to social media has since shared the answer with the world.
By Jack Davis  September 25, 2022

The owner said that despite his age, the dog was still curious and had gotten out of the yard and wandered into the construction zone.
By Amanda Thomason  September 25, 2022

A note reeking of anger and violence has emerged as police investigate the death of a Georgia woman who was found partially charred.
By Jack Davis  September 25, 2022

There was a time not so long ago this incident would have been a bigger story, even in a high-crime city like Philadelphia.
By Elizabeth Stauffer  September 25, 2022

A qualifying heat for a NASCAR race ended with one driver pounding another even before he go out of his car.
By Jack Davis  September 25, 2022
Next